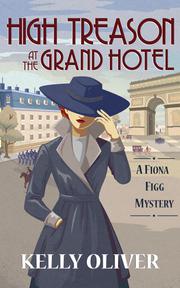 HIGH TREASON AT THE GRAND HOTEL

It’s 1917, and Fiona Figg has recently returned from her first reconnaissance assignment in Ravenswick Abbey, where she went undercover as the fictional Dr. Vogel. Now, she’s being sent to Paris. Her orders from the War Office’s Capt. Reginald “Blinker” Hall are clear: She’s to trail Fredrick Fredricks, a famed South African hunter, acclaimed journalist, and deadly spy for Germany known as the Black Panther. She’s not to use disguises, nor is she to establish contact with Fredricks. Instead, Fiona is to be pretty much herself: a young, recent widow—never mind it was her ex-husband who succumbed to German mustard gas—visiting her great-aunt in Paris, where she’ll be staying at the Grand Hotel. The first clue that things won’t go as planned appears when readers learn that Fiona has stuffed her suitcase with a variety of costumes, wigs, and hats. On the way to Paris, she meets charming, mischievous, elegantly attired Lady Gresha MacLeod, aka the notorious Mata Hari, who, it turns out, is planning a Parisian rendezvous with Fredricks. Also on the train, to Fiona’s consternation, is Capt. Clifford Douglas, also of the War Office, who’s not supposed to know about her mission; worse, he’s staying at the Grand Hotel, as well. Obviously, Fiona’s sleuthing will require camouflage—so she becomes “Harold the helpful bellboy.” Harold, with his fake mustache, trousers that are a bit too long, and shoes two sizes too large, provides Oliver with considerable opportunity for comic relief in this sequel, which occasionally borders on the slapstick. The author also treads into Oscar Wilde territory when flirty chambermaid Berthe sets her sites on Harold. Fiona, as the first-person narrator, gives readers direct access to her frequently acerbic mental asides and social commentary along the way. In between murders and speculation about double agents, Oliver treats readers to an often amusing romp through upscale 1917 Paris, where the partying stands in stark contrast to the squalid conditions that the protagonist experiences in a Parisian jail.

A fun diversion with an entertaining female lead. 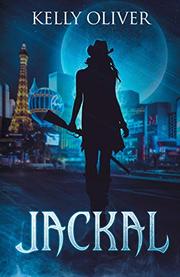 Jessica James’ rough-hewn manner belies her training in philosophy, and her penchant for finding trouble has led her into three previous adventures. The latest book in the series finds her taking a bus from her home in Whitefish, Montana, to Las Vegas, where her ailing mother asks her to find a stage magician named Zane “the Mesmerizer” Powers, whom she says is Jessica’s biological father. Needing a place to stay, Jessica gets back in touch with dancer Cayenne Scarlett, who was born Mackenzie “Kennie” Czarnowski, “the only popular girl who’d been nice to Jessica in high school…probably because Kennie’s dyslexia had made it necessary for her to cheat off Jessica to pass English lit.” Kennie has since “made it big” dancing with Cirque du Soleil in Vegas, but it quickly becomes obvious to Jessica that there’s more to her old schoolmate than meets the eye. Just as in previous installments, Jessica soon finds herself embroiled in a dark plot—this time involving a black market organ-harvesting operation. She also uncovers darker personal revelations about Kennie, as well as her own mother. This series entry, like the others, crackles with energy throughout; Oliver has a good ear for dialogue and a keen instinct for pacing, and her scene-setting gets more evocative with every outing: “The sunlight set the rocks ablaze in orange light, and the otherworldly scenery transported her back to the age of the dinosaurs.” Jessica remains an instantly likable protagonist, but Oliver resists the temptation to pair her with a one-dimensional villain; indeed, her antagonist is, in some ways, the most intriguing character in the book. The well-orchestrated conclusion will leave fans of the series eagerly awaiting the next chapter. 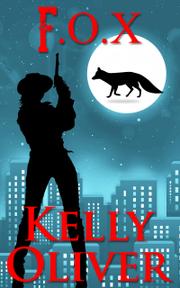 Jessica, a Montana-bred young woman, is defying her mother’s advice to “play house with a ‘nice boy,’ grow a garden, can some peaches, and procreate,” and instead pursues graduate studies in Chicago, where she occasionally solves crimes. She’s a fascinating central character, and in her latest adventure, trouble comes looking for her when she accepts a drink at a bar from a handsome stranger while waiting for her friend, stoner medical student Jack Grove. She later wakes up naked, next to a Dumpster in a freezing-cold abandoned lot, with no memory of what happened the previous night. She stumbles to a nearby hospital, where they inform her that she’s recently had cervical surgery. She calls her formidable friend, Lolita Durchenko, and after they leave the hospital, they make their way back to the Dumpster, where they discover a young woman’s dead body—in the same exact spot where Jessica had woken up earlier. That woman is Sara Shaner, a med student and, it turns out, Jack’s most recent lover. Jack informs them of this when he happens to spot them while speeding by in a car, driven by Lolita’s cousin Ivanov; it turns out that they’re fleeing the cops after an adventure of their own. Oliver juggles the many moving parts of her interconnected plots with the same smooth skill and breakneck pacing that characterized previous books in this series. That said, it’s not necessary to read the other installments in sequence, as this volume stands quite well on its own. This book’s many action sequences are unfailingly entertaining, and no matter how dire the circumstances, her characters are always ready with a wisecrack; indeed, even in the emergency room, Jessica has quips at hand. When a former lover of Jack’s asks her whether he still has commitment issues, she says, “If you mean Jackass should be committed, then yes.”

A dark, engaging biomedical mystery with a clever, no-nonsense detective. 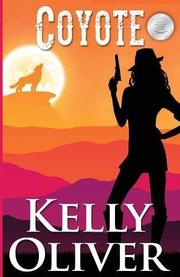 This latest Jessica James mystery from Oliver (Wolf, 2016, etc.) follows the feisty heroine as she leaves college and returns to her mother’s trailer park in the tiny town of Whitefish, Montana.

In college, Jessica’s adviser was found dead in his bathtub, and she helped to unravel the crime. But as this new novel opens, readers are told that “she much preferred contemplating the mysteries of life to the mysteries of death.” She returns uneasily to the world of her crusty old mother in the Alpine Vista trailer park. As in the previous book, this fish-out-of-water heroine displays a very appealing, mordant wit: “She shuddered, imagining herself in a trailer next door to her mom, married to a beer swilling lumberjack, changing diapers and wiping up baby puke, a stash of Xanax in her nightstand and a bottle of Jack in her pantry to counteract the mind numbing domestic routine.” But any idea of peaceful retreat evaporates almost immediately. Johnny Dickerson perishes in a freak accident at the local mill, and only a week later, Jessica’s cousin Mike likewise dies under mysterious circumstances. Heartbroken, she involves herself in the investigation of these deaths, during which she uncovers nefarious doings involving not only murder, but also human trafficking and shady ecological manipulations by a powerful company and its local representative. Oliver draws all her secondary personae with skill and low-key drama, and the glimpses she gives of life in contemporary Montana—the human tragedies, the tempos, and the raw hopes of those surviving there—remain refreshingly authentic. The character of Jessica is sharpened and augmented from what readers encountered in the first book, and the author’s penchant for perfectly timed punch lines is on full display throughout. As in the first novel in the series, this latest book’s interwoven plots are a bit top-heavy. What this gains in page-turning, the story loses in an element of believability. But Oliver keeps the whole stew bubbling along so effectively that most readers shouldn’t complain.

A fast-paced and thoroughly engaging whodunit set in the American West. 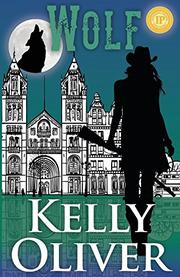 A murder mystery features an unconventional college student and her friends.

This fiction debut stars Jessica James, a Montana cowgirl-turned-student at Chicago’s Northwestern University, where she endures the contemptuous, offhand sexism of her adviser, professor Baldrick Wolfgang Schmutzig. Jessica is a Ph.D. candidate in the professor’s philosophy program, and one night she and her “stoner buddy” Jack and his girlfriend-of-the-month, Amber, make a shocking discovery on campus: they find Schmutzig’s body in the bathtub of one of his rooms. Jessica also finds a typewritten, postdated note from the professor, in which he dumps her as a student and strongly advises her to quit her degree. The friends are alarmed that the police will connect them somehow to the murder. But Jessica, who’s “constitutionally incapable of being careful,” stumbles into investigating the crime herself, particularly when a note slipped under the professor’s door on the night of the killing warns her “you are not safe here.” The note was written by Dmitry Durchenko, a personable young janitor who was an art student in his native Russia and who’s revealed as being intimately connected not only with the professor’s life and death, but also with the dealings of local restaurateur and crime boss Vladimir “the Pope” Popov. Popov’s interested in some potentially priceless paintings Dmitry may or may not have smuggled into the United States. Oliver (Hunting Girls: Sexual Violence from the Hunger Games to Campus Rape, 2016, etc.) tells her bouncy story in chapters alternating between Dmitry and Jessica, and she deftly keeps the two narrative sides both independently intriguing and carefully intertwined. Dmitry is a likably drawn character, as are Jessica’s various college friends (and the winningly realized police detective Harvey Cormier). But it’s Jessica herself who’s the standout creation here, a refreshing blend of grad school smarts and dude ranch grit. The author portrays Jessica’s fish-out-of-water position in grad school with infectious humor, and although a campus sexism subplot doesn’t quite hit its marks, the fast-paced story on balance remains excellent.