I was born in New York, but spent my formative years in Zurich, Switzerland and Toronto, Canada. My mother passed away when I was sixteen, and I was forced to live on my own shortly thereafter. I moved back to New York and attended college, became a CPA, and began my career with Arthur Andersen and later worked for Price Waterhouse. After accepting a Controller's position at a boutique investment bank, I worked in that industry the next several years. I wrote the book while considering the question of whether man is born evil or good, and exploring the types of people who commit evil deeds on a different level than run-of-the-mill criminals. The story grew out of a character I envisioned growing up in an environment where he experienced mostly cruel and immoral behavior. On a personal note, I am married, have two children and reside in Arizona.

“Crime-fiction fans in search of depravity and gore will race through this swift thriller.”
– Kirkus Reviews 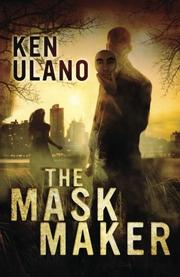 A tale of bloody murders in Baltimore by a killer who can swap his face for another.

Ulano’s debut novel introduces readers to Albert Johnson, a young genius whose gifts have never been properly nurtured and who, as a result of this deprivation, grows into a psychopathic killer. His abusive, alcoholic father menaces him and routinely harms and eventually kills Albert’s mother. Albert’s ample aptitude for mathematics, languages, and biology remains untapped, and he turns instead to wantonness: “As a boy he’d pull apart insects and mutilate frogs and rodents before graduating to killing cats, dogs, and more recently, large farm animals.” While working as a janitor for a company called Amagon, he comes across the plans for a new face-transplant technology, and, because “his mind worked in a gear others could only dream of,” he vastly improves those plans. Eventually, he develops a cybernetic polycarbonate technology that enables him to change his own face at will as easily as slipping on a mask. Thus armed, Albert undertakes a program of revenge and murder. The police, gangsters, and a rogue CIA team chase Albert (and one another) through the balance of the book. Ulano clearly has a talent and a taste for crafting scenes of exquisite ultraviolence. He also writes good dialogue but has a tendency toward exposition that sometimes veers toward the implausible (“Remember that wonderful summer day when we met?”). Nonetheless, one of the virtues of the book’s short chapters is that before readers know it, such awkwardness is behind them, and they’re plunged again into the action. This isn’t a novel for the faint of heart (“Stop being such babies,” Albert says to a pair of victims he’s dismembering. “It’s just a little blood”). However, readers made of stern stuff and with an appetite for action will find that this book will give them several hours of pleasure.

Crime-fiction fans in search of depravity and gore will race through this swift thriller.