Kendra Lawrence did not let her dyslexia get in the way of pursuing her dream of being a writer. She has always had a love of fantasy and storytelling. When she was a child, she would run around the house and make up stories in her head, telling them aloud. Reading was hard for her when she was little, but her parents got her the tutoring she needed, and when she was nine, Lawrence was given HARRY POTTER to read. She became engrossed in the books, and her love of reading and skill level took off. When she was tested at age eleven, Lawrence was found to be at college reading level, ahead of many of her peers. When she was twelve, Lawrence began writing, and soon discovered her dream was to become an author. Along with her love of fantasy, Lawrence is interested in Japanese culture and language, and Japanese mythology influenced some aspects in RISING STAR, her first novel. She loves elves, gods, and angels, which feature prominently in her writing. Lawrence is also a proud supporter of the LGBTQ community, and volunteered at an LGBT youth resource center for a little over a year. Lawrence earned a B.A. in English at Portland State University, and is currently at work on FALLING STAR, sequel to RISING STAR. She lives in Oregon.

“An impressive foundation for a complex new series.”
– Kirkus Reviews 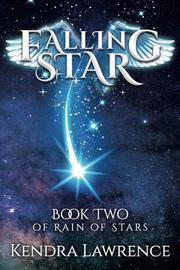 Asmod, Lord of the Hells, and his demons were defeated two millennia ago by the residents of the land of Elyshaeza. Elf soldier Na’lan Keldrin placed a Seal, gifted by the Seraphim and created by unknown means, over Asmod’s Breach, trapping him and keeping him from spreading his power. Now, attacks by demonic kureida have been ramping up, bolstering rumors that Asmod’s daughter, Helcol, is ready for a second War of the Races. Thankfully, several heroic factions are preparing for this challenge. The elf Ellina Alshavisin is about to leave the safety of Näenamarü Calaynin for the ancient Mithorin forest, hoping to find the Catharin, a reclusive elf tribe whose strength will be needed in the coming clash. Then there’s Artemis, a golden-skinned Glarent (a nonbinary celestial) who travels with human warriors Ishon-Zhrin and Taliyen. They aid the town of Ardall against nightly demon attacks. Elsewhere, in a tower called the Solver, celestial diplomat Gildas weighs the danger of allying against the demons with Yisrael, the leader of a violent celestial cult called the szazarsol, who may know more about Asmod’s banishment than he lets on. Meanwhile, the star Alovalianevansrae, which was “created from sealing Asmod in the Hells,” grows ever dimmer. For readers who love emotional turmoil as much as epic swordplay, author Lawrence’s second series installment provides both in abundance. He also presents foul creatures, such as gurgats, chitzriks, and flame devils, which cause havoc for secondary heroes such as Collie, a 15-year-old human girl whom the celestial Shri has chosen as his scribe, and Neil, a virtuous demon protecting the city of Notton. The author’s primary theme is the connectedness of all beings, regardless of origin, and Artemis illustrates this wonderfully when standing in awe of gigantic ghostly nature spirits. The author ends this installment by answering a central question, revealing a traitor, and teasing a new enemy for a future entry.

A colorful, complex saga of civilizations inching toward conflict. 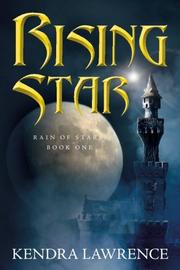 In this epic-fantasy debut, a group of humans, angels, elves, and a demon work to prevent all-out war in the layered realms of Celestia.

Nearly two millennia ago, the angelic hosts of Celestia joined with humans and elves to battle Asmod and his demons. Now, the War of the Races is bitter history, although Asmod is rumored to have a vengeful daughter named Helcol. Against this forbidding backdrop, a rebel demon calling himself Neil roams the land of Elyshaeza. He encounters the elf Shara, who’s been tasked with bringing Neil to the city of Notton to help catch a serial killer. Meanwhile, the celestial Shri plucks the scholarly human teenager Collie from her obscure village to help him research the War of the Races, hoping to learn all he can. Demons, also known as “kureida,” have recently been attacking the mortal plane and Celestia with apparent organization—a troubling sign. Shri installs Collie in the Solver, a 15-story structure where the monklike Ginjo dwell. One of them, Ligo, has become obsessed with a mirror that the fallen angel Kom brought back from the Hells. The waxing of this artifact’s power bodes ill for those in Celestia and the surrounding planes. All of these events comprise merely a portion of Lawrence’s dizzying epic. She churns several parallel narratives into careful motion, with Neil’s and Shri’s among the most compelling. She also places nuanced emphasis on some characters’ nonbinary genders (including the warrior Artemis, who’s called an “it”). Lawrence’s prose is dark and sensual but doesn’t resort to the overkill that plagues many other epic fantasies; one kureida, for example, has “two elongated faces that looked like they were in a perpetual scream.” Some of the episodic narratives link up, but there’s no true central action driving the plot. Instead, Lawrence provides a satisfying tour of her rich worlds, leaving sweeping tableaux for a future book.

An impressive foundation for a complex new series.

Too many to count

No single favorite, but I read a lot of Forgotten Realms novels, which are based on the Dungeons and Dragons game.