Kevin lives in Colorado Springs and teaches English at a local charter school. He earned degrees from Miami University and Colorado College. When not writing or teaching, he’s rock climbing or at the local concert venues. The books in The Warren Files Trilogy are his first completed novels, but diverse side-projects are not far behind.

“A dense, riveting tale starring a pair of private detectives who thrive in the murkiest circumstances...It all leads to a labyrinthine final act rife with exposition and confession.”
– Kirkus Reviews 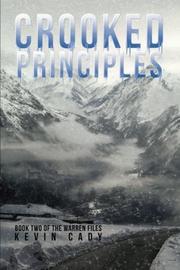 In this thriller, two ex-feds hunt a serial killer with 12 mutilated victims in as many years, all within a small Alaskan town.

Happy with their quiet life together, Elijah Warren and Aurelia Blanc are reluctant to take a case for their old boss, FBI Director Clint Adams. Someone has been killing a person annually for the last 12 years, starting in 1986 in the town of Grizzly. But when the murderer breaks the pattern by killing two people in under a week, a victim’s mother calls Aurelia (her last case with Elijah was a newsworthy event last year). The private investigators leave their Minnesota cabin only for a storm to strand them—and Capt. Riff, the pilot of their plane—in Grizzly. Posing as Census Bureau agents, Elijah and Aurelia question residents, who seem generally indifferent. As the storm intensifies, the murders continue, and the PIs ultimately dig into Grizzly’s tangled history, which includes a violent individual who had inexplicably vanished more than a decade ago. Elijah speculates on the killer’s identity but will soon have to narrow down his choices once the murderer contacts him, implying that he has a captive who could become the next victim. Cady’s (A Solitary Awakening, 2016) bracing sequel centers on a realistically imprecise investigation. Theories, for example, keep changing as the private eyes gather more information. Likewise, at least one character points out their rather flimsy cover (would the Census Bureau really be interested in a town of fewer than 100 inhabitants?). Parts of the narrative are grim, though none more so than an unflinching eye on one of the killer’s assaults: “Blood ejected and splashed the dark.” Intriguing perspectives from various townspeople (or neighbors, such as medical examiner Kendrik Montrose of nearby Seward) don’t make determining the culprit any easier. It all leads to a labyrinthine final act rife with exposition and confession. Thankfully, the explanation, while convoluted, stays within the realm of logic and manages a few more unnerving moments.

A dense, riveting tale starring a pair of private detectives who thrive in the murkiest circumstances. 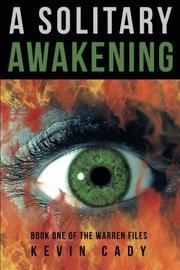 Two detectives working for the FBI chase a killer choosing seemingly random victims from around the United States in this debut thriller, the first of a proposed series.

Elijah Warren, recruited by the FBI from a homicide task force, doesn’t get along with Aurelia Blanc, the bureau’s best forensic pathologist. But Director Clint Adams can’t deny that the two work well together. After they close a case in New York in early 1997, Adams makes them indefinite partners and puts them on a plane to Nashville, Indiana. There, small-town residents are shocked by the discovery of a body “melted” and cut into pieces. The detectives scrutinize the crime scene and question locals but don’t make much headway. That is, until Elijah and Aurelia both receive notes left in their hotel rooms, poetic stanzas clearly from a killer watching and toying with them. Meanwhile, in Colorado, rangers find the remains of a woman with an accompanying poem. Now pursuing a serial killer, the detectives follow a trail of victims from different states, while the now-dubbed Poetic Murderer leaves behind additional clues. In one instance, a man’s name is provided at the scene of someone else’s body, and it’s soon apparent that the killer has abducted said individual, all part of an appalling plan. Though readers will likely spot a significant clue before Elijah and Aurelia, Cady’s novel is a solid detective story thanks to a meticulous investigation. Numerous characters, for example, have input, from a medical examiner to Adams, who brags he’s found the best lead (“You’re welcome,” he adds). A slowly developing relationship between Elijah and Aurelia eases the mutual tension, and Cady fortunately keeps the light romance from overwhelming the ongoing case. Rich prose is at its most indelible when detailing perspective from the vicious “man wearing black”; vibrant descriptions are gloomy but no less fascinating, like a man who’s mentally and physically “being twisted in a barbwire blender of what made him human.” The killer coldly conversing with his victims makes him even more disturbing, telling someone his death will “help prove a point.”

The ending may not be a surprise, but characters enmeshed in a diligent investigation never fail to mesmerize. 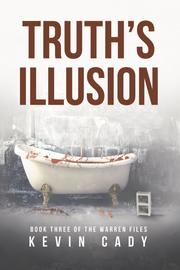 Couple Elijah Warren and Aurelia Blanc, both private investigators, track an apparent copycat serial killer and fight to stay ahead of a determined assassin in Cady’s (Crooked Principles, 2017, etc.) mystery-thriller.

Their Minnesota cabin is the perfect spot for Elijah and Aurelia to share a quiet life. But their old FBI boss, Clint Adams, has no choice but to inform them that the body of a murder victim has been found in South Dakota’s Badlands. A poem accompanying the body—sewn into the skin—is a similar MO to that of the late Poetic Murderer, a case Elijah and Aurelia closed. The new killer, dubbed the “Impressionist Poet,” is just getting started. A strange man named Giovanni Maltese contacts the couple, asking them to protect his daughter, Layla. Though the man is short on details, he believes Layla is in danger and that the case is connected to the Poetic Murderer. He further claims he has insight into the late serial killer, which may help stop the recent murder spree. Unfortunately, Giovanni, who had been missing for 20 years before suddenly resurfacing, is soon dead. At the same time, an assassin pursues Elijah, Aurelia, and Layla as they look into a rumored secret society comprising wealthy, possibly nefarious individuals. The group hides out somewhere in Venezuela, but that doesn’t hinder their investigation—or keep the killer off their trail. As in preceding series installments, Cady adeptly manages alternating perspectives. Returning characters Isabella and Kendrik, two friends Elijah trusts to scrutinize murder scenes, augment an already solid cast. They aren’t law enforcement, but their amateur investigation adds charm. After a strange canister prompts Isabella’s call to the bomb squad, she asks Kendrik, “That’s what you do right?” The hodgepodge of characters takes readers through a gleefully curvy plot that covers a number of decades, while the vicious assassin’s consistent presence heightens suspense. Likewise, the taut mystery drops a few genuine surprises and a satisfying coda.

Fast-paced and absorbing; a series highlight.

A SOLITARY AWAKENING: Praised on both Kirkus and Foreword Reviews, 2017