Kimberly Berry attended the University of Akron in Ohio, graduating Summa Cum Laude with a degree in Social Work. She went on to obtain a second Bachelor's Degree in Accounting from Belmont University in Nashville. Then later achieved her MBA, graduating with honors, from Baldwin Wallace University in Ohio. She spent most of her adult career in business and entrepreneurship, but has always had a passion for history. Kimberly has spent many, many years independently reading, studying and researching history and since 2009 has been obsessed with genealogical research. She is especially inspired by researching African American history and making discoveries about people who were seemingly "lost" and their stories never told.

Kimberly is a member of MENSA, a CPA, a member of the Association of Professional Genealogists, Executive Director of her 501(c)(3) not-for-profit organization Society for History and Research Education (S.H.A.R.E.), and regularly writes in her blog at BlackGenealogyBlog.com.

All-In-One Basic to Advanced Guide to Genealogy & Ancestry History Research is Kimberly's debut non-fiction work. She is currently working on her next book which is based upon the true story of her own family's history from their Caucasian origins in Devon, England and their African origins in Ndongo, Huambo, Angola, Africa, their journeys over hundreds of years, and how they came together.

“In this debut nonfiction work, Berry...addresses alternative methods of locating people and information not found through standard search methods. The lists of resources are incredibly thorough, with thousands of databases, including URLs for those available online...She organizes the information logically and presents it coherently, making her book a specialized but extremely useful tool.”
– Kirkus Reviews 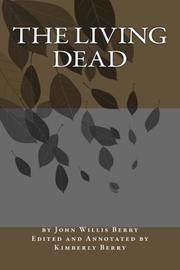 A posthumously published memoir written in the 1960s by a mentally ill African-American man who grew up in Mississippi during the Great Depression and later migrated to Michigan and Ohio.

Readers may want to start with this book’s afterword, which offers the late author’s granddaughter’s explanation that “He was sick, and he was delusional. He committed horrible crimes. And he believed that he was the Messiah. And help was not available to him as a poor black man.” Berry begins his story by recounting his first year in school, around 1930, during which he was frequently teased and bullied by both white and black children: “I had light-colored skin, like that of my mother, and it was this factor that opened a new door to another hell of color for me,” he writes. Quickly, he moves his memoir forward to when he was 11, lying down under a tree, contemplating the multitude of injustices in the world: “So I just lay there thinking until I thought I fell asleep, but was to realize later that I had died instead, and saw that I was in the midst of a world of water, which was moving back and forth.” What follows are many other sometimes-poetic, often rambling pages describing his travels through water, sky, and time; then Berry “returns” home after what feels like many years, confused and disoriented. The author offers no explanation for this passage of time, and from this point on, Berry says that he’s convinced he’s both dead and alive. However, there’s a disarming lucidity to his prose when he depicts his later life in Detroit. He marries, has children, and holds down three jobs at once—until he attempts to kill his wife. However, other than the facts of his marriage and his children, it’s impossible for readers to know which parts of the memoir are true and which are purely delusions. Overall, it’s a dark and disturbing, if difficult-to-follow, journey through the mind of a man who was both kind and dangerous and who suffered a lifetime of untreated illness.

An unusual remembrance that presents the experience of mental illness from the inside. 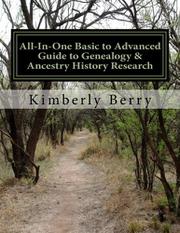 A handbook for readers interested in investigating their family histories.

In this debut nonfiction work, Berry draws on her own genealogical research experience to present a comprehensive guide to resources, techniques, and standards. The book addresses methods of creating family trees; highlights useful software and websites; tells how to use census, immigration, and other official records; and addresses alternative methods of locating people and information not found through standard search methods. The lists of resources are incredibly thorough, with thousands of databases, including URLs for those available online. Berry lists each state’s official archives, various regional and national archives from every country and autonomous region, and even ecclesiastical archives. Early chapters address techniques for making connections with distant relatives, encouraging readers to reach out via Ancestry.com and other, similar websites. Berry also details the role of DNA testing in genealogical research and offers a thorough, high-level explanation of what commercial DNA tests can reveal. Separate chapters focus on researching African-American and Native American ancestors, specifically; Berry has both black and Choctaw ancestry herself, and she offers examples of her own investigative successes. An appendix provides worksheets for organizing information about individuals and family groups. The book is clearly written and provides a wealth of information; the discussion of census records, for instance, includes a summary of the specific types of information collected in each U.S. census from 1790 to 2010, and its suggestions for advanced Google terms will be useful to any reader. She organizes the information logically and presents it coherently, making her book a specialized but extremely useful tool.

A detailed and thorough collection of resources, techniques, and methods for genealogical research.