I have always enjoyed fiction that left me wishing there was more to read, made me long for a sequel, or kept me thinking about its intricacies long after I have turned the last page. My purpose in writing is to provide for an audience who appreciates plot twists, intrigue and smart dialogue, which I have crafted to carry them to a surprising and satisfying final chapter.

I have been an educator and library director for 26 years, but I have been a plot junkie my entire life. I value any medium, which keeps me guessing and/or thinking throughout any novel, short story, piece of poetry, movie, and the like. I believe this sentiment accurately describes my style of writing. Also, I have had the privilege to study at The University of Iowa's Writers' Workshop Graduate Program and have always held a passion for reading and writing. I currently live in Saint Charles, Illinois with my husband, Kyle, of 22 years, my 14-year-old daughter, Madelynn, my 18-year-old son, Mitchell, and our Russian Blue Cat, Indigo.

I have several other titles in progress. 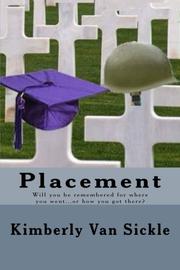 Van Sickle’s debut YA novel traces how a young man of privilege makes his way from prep-school to the front lines of World War II.

In 1942, Charles “Charlie” Trammel is the son of a wealthy, East Coast U.S senator and attends a school named after his own family, firmly aware of his silver-spoon position and feeling somewhat lost. The novel alternates between scenes of Charlie and other soldiers in 1944, about to disembark in Normandy on D-Day, and his previous development at home and school. He grows up in a chilly, mirthless mansion with his patrician grandfather and grandmother, alongside his own mother and father. His mother, Mary, is a strong-willed, kindhearted Brooklynite of Irish descent, who gets in a fair amount of disagreements with her blue-blooded in-laws. Charlie attempts to balance the two sides of his family heritage by spending as much time as possible with his mother’s family, who are considerably less well-off, giving him an up-close view of how the other half lives. He begins school at prestigious Trammel Academy without fear of being drafted into the military and with assurance that his name will probably get him into any Ivy League school he desires. Most of his growth as a person takes place at the academy, as he learns much under fiery classics teacher Mrs. Verardi and finds a foil in sneering fellow student Jackson Inverness. Van Sickle smartly centers discussions of privilege, class, honor, and race within the plot. Even so, these discussions often feel clunky and inorganic to Charlie’s first-person narrative voice. The author often falls into the trap of telling instead of showing, rendering the prose didactic and not letting readers draw their own conclusions. Copy editing errors (“And continued to walk passed us like he was Christ on water”) and multiple continuity issues involving dates somewhat mar the reading experience. Mrs. Verardi centers the best scenes of the novel with lively dialogue and a compelling back story. Van Sickle broadly sketches other characters, though, as either purely good or purely malevolent, making the plot largely predictable. That said, the author does have a couple unexpected twists up her sleeve.

A muddled story that mixes trenchant themes with melodramatic plotting.

I can tie a cherry stem into a knot with my tongue.

To live with no regrets