Kirk Ward Robinson was born and raised in south Texas, and has since lived in every continental American time zone. He is an inveterate hiker and cyclist who prefers to travel and explore the world that way. His wide-ranging career has included roles as a chief operating officer, bookstore manager, stagehand, bicycle mechanic, and executive director of an educational non-profit organization in cooperation with the National Park Service. Robinson has been twice named to Kirkus Reviews’ Best Books: in 2012 for Life in Continuum, and in 2015 for The Appalachian. These days he maintains a small ancestral farm in the hills of Tennessee. www.kirkwardrobinson.com

“Robinson’s ability to generate an emotional response is without question.”
– Kirkus Reviews 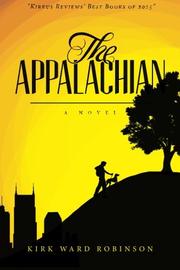 A man hiking on the Appalachian Trail recollects the loves and losses he’s experienced throughout his 128 years in Robinson’s (Life in Continuum, 2012, etc.) epic drama.

In 2087, Carlton Jeffries is documenting his long life. He’s on the Appalachian Trail with his dog, Sam, having thru-hiked it twice before. Born in Tennessee in 1958, Carlton grows into a teenager who finds young love to be sometimes fleeting. He endures a dispirited marriage and spiteful divorce but ultimately starts a family. His unusually lengthy lifespan, however, means that he has to watch people die, including his grandchildren, and reside in a country whose government has all but crumbled. Robinson’s novel, boasting nearly 750 pages, is ample in its historical details. Most events, such as Sen. Robert Kennedy’s assassination or the 1986 Challenger tragedy, are like background music, enriching the story without directly affecting its protagonist. But others have considerable impact, such as when loved ones don’t return from war. The easy-to-follow tale bounces from 2087 to a chronological account of Carlton’s life and his previous times hiking the trail—once in 1976 as a teenager and then, later, when he’s almost 50. Even the loyal Sam has his own timeline: in the 1970s, Carlton gets a puppy named Langley, who, as it turns out, is Sam’s ancestor. Later chapters in the future setting are downright dystopian but undeniably fascinating: noteworthy occurrences include Congress granting power to individual states, resulting in Carlton needing a passport to travel outside of Tennessee, and a ghastly new source of fuel. The Appalachian Trail, meanwhile, is the narrative’s constant; Carlton meets and falls in love with Judith during his first hike, and he eventually shares his veneration of the trail with his daughter, Rachel. The story’s so expansive that readers will grow attached to Carlton, even if he’s occasionally at fault for his severed relationships. It can be a depressing affair since he outlives so many people, but Robinson’s ability to generate an emotional response is without question.

The literary equivalent of the titular trail: it takes time to reach the end, but the trek is worth it. 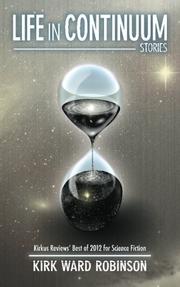 A dazzling collection of time-travel–themed sci-fi that stands with some of the classics of the genre.

In Whose Time, the novella that opens this collection, distills complex theoretical physics into an attention-grabbing yarn. According to the story, particular moments in history create focal points from which new universes in other dimensions branch outward. Ambassadors from two different futures created by one such focal point—the launch of a seemingly innocuous communications satellite—travel back in time to the Earth days before liftoff. If she can ensure that the satellite isn’t launched on schedule, Sha’raelon’s timeline begins; if it’s launched on time, the universe of Jarren Canto is ascendant. Each timeline has its attractions and perils, and it’s up to the people of the Earth to choose their future. Unfortunately, neither ambassador has been completely honest about what’s in store for humankind....There are big ideas in this story—grandfather paradoxes, temporal loops—yet the pacing never flags, and the plot’s contortions of time and space are original and thrilling. The title story is a gritty future noir about two cops on a mission to deliver a warrant in a lawless city. The twist at the end of this short, brutal tale—a nightmarish vision of penal system privatization—delivers the satisfying impact of a classic Twilight Zone episode. “Crossover,” the final story, has a similarly surprising conclusion. A husband grieving his wife’s death becomes intrigued with a scientist friend’s research: experiments involving separating the soul from the body by means of extreme physical experiences. The husband devises his own test to see if, once freed, a soul could re-enter its body at an earlier time and change the future. The results are literally as well as figuratively breathtaking. All three of these stories are brightly and engagingly written, with solid dialogue, compelling characters and scenarios that, no matter how elaborate, never undermine the momentum of the stories.

A classic in the making, this collection of time-traveling sci-fi stories mixes gripping human narratives with provocative scientific speculation. 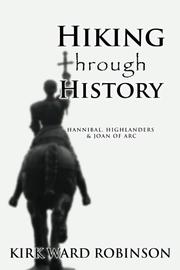 Three journeys—to the western Mediterranean, Scotland and France—through the past twined with the present, from historian Robinson.

Robinson likes his trips to be leisurely paced—on foot, bike or slow boat, though he’s also well-acquainted with planes and buses—with frequent stops for a beer, to smell the roses and to get intimate with the past. The author says, “I feel something profound in places where tangible history survives to the present, as if by touching the walls I can transport myself across time.” History guides Robinson in two of these adventures—following Hannibal’s footsteps from Spain to southern Italy and Joan of Arc’s through France during her incandescent years battling the Burgundians. He braids a deep reading of their campaigns with his bright observations, adding broad slices of politics, history, geology, architecture and military history, as when he says, “The sacking of Saguntum was not just a casual act of violence perpetrated by a man who hated Rome, it was a coldly calculated strategic necessity.” The author also has fine eye for detail, remarking how, “White medieval stonework was blackened by time and weather, and copper roofs ran with a green patina.” In Scotland, Robinson strikes out upon moor and high ground, slips up to the Orkneys and spends time, uncharacteristically, in Edinburgh—he is not a fan of cities. The author freely admits to a fear of crowds and, for someone with wanderlust, he has a pleasingly comical ineptness with foreign languages—the French, not surprisingly, give him the most grief in that department. Perhaps it’s karmic retribution for all the hamburgers he ate in France, where he could have spent his admittedly meager euros at a local bistro instead.

Though he prefers to fly solo, the author’s curiosity and aptitude for history would make him a good road companion. 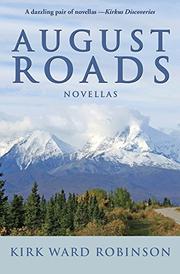 Anguished people hit the road in this dazzling pair of novellas.

The search for freedom from imprisoning realities animates both of these stories. In Anwar,” Gill Taylor–a successful Washington, D.C., accountant with a past as a neighborhood activist–is poised to run for Congress. His idealism runs smack into the realities of retail politics, consisting of insidious pressures to sell out his friends and his principles. Gill recoils at the betrayals demanded of him, but his ambitious, cunning wife Laura revels in such games. She thinks a little moral compromise is a small price to pay for power. Fleeing his world of backslapping treachery, Gill lights out on a whim for that symbol of embattled purity, the Arctic National Wildlife Refuge. There, he faces more clear-cut perils–cold, fog, bears–in the struggle for survival. Robinson subtly renders the small, incessant corruptions of Beltway society, which, for all its civility, is as ruthless as the harsh Alaska frontier. In The Trace,” 47-year-old Houston web designer Charles Winston finds his life physically constrained by a creeping paralysis, and prevails on his devastated mother Ermine to take him out for a trip along the scenic Natchez Trail parkway to her Tennessee hometown. The story is on one level a tragedy of failed adulthood–as Charles’s condition worsens, he regresses to a second infancy in which Ermine must bathe and diaper him. But the mood is one of reflection and familial love. Mother and son work through the many disappointments and hardships that blighted their past, and Charles loses himself in reveries about the simple pleasures of nature and movement. The result is a moving drama that manages to wring solace from heartache. In both these sagas, Robinson writes with a wonderful feel for character and setting. His supple prose mixes nuanced psychological realism with hauntingly evoked landscapes that lend his tales a mythic resonance.

A fine work of debut fiction by a talented writer.

Named to Kirkus Reviews' Best Books of 2015: The Appalachian

Founding Character: Documents That Define the United States of America and its People

Analysis and interpretation of America's founding documents as well as a guide to the states and their constitutions and Thomas Paine's Common Sense
Published: May 13, 2009
ISBN: 978-1439225110

Founding Courage: Courage and Character in the United States of America

Analysis of the quality of courage accompanied by the biographies of seven courageous Americans from the Founding to the near present
Published: Feb. 10, 2008
ISBN: 978-1419683367

Notes from the Field: A Diary of Journeys Near and Far

In spare musings that are sometimes poignant, sometimes hilarious, but always informative, Kirk Ward Robinson recounts a life of wanderlust, from his earliest memories to the sobering present, where time is advancing more quickly than his journeys to come. Twice named to Kirkus Reviews’ Best Books, Robinson brings that same experiential feel to Notes from the Field, along with the maps that will finally assuage readers of his book, Hiking Through History.
Published: May 18, 2016
ISBN: 1530865220

The Latter Half of Inglorious Years

An untimely death and a mysterious manuscript propel an under-motivated 37-year-old blogger beyond his personal and creative boundaries in a journey that threatens to expose literary secrets as bleak as they are beautiful. Joplin Dean doesn’t ask much of life. He subsists on income from a mediocre blog while his assertive girlfriend pursues goals that might just leave him behind. His placid existence is upended when a family tragedy reunites him with his estranged younger sister, whose carefree dynamism forces him to question his own sense of self. When Joplin discovers a manuscript left behind by his father, a failed author, both he and his sister are thrust into existential crises. Following divergent paths, they navigate the very nature of creativity and obsession as they are led inexorably toward the identity of their father’s mysterious literary ingénue, Clarissa. Exactly who is she? And do they really want to know?
Published: April 19, 2018
ISBN: 9780999604236