Kris Allis has always loved to read and at an early age decided that she would write a suspenseful mystery novel one day. That decision turned into a dream that wouldn’t die. She found herself spending a lot of her free time writing—even during the daily planning periods of her position as a middle school teacher. She retired and began to actively pursue her dream. In 2014 her first novel,“A False Start,” was published. She chose the acts of women helping other women escape from domestic abuse situations as the theme for her debut work of fiction. The idea for her second novel, “A Moving Screen,” came to her when her children were small, but she only had time to type out a few pages while they napped. She held onto those pages for years and found that she could incorporate characters from “A False Start” into the storyline and thus a serial story was born. She is at work on the third of four novels planned for this series.

Kris is married and lives in Georgia with her husband and a lovable little dog. She is the mother of three adult children who make her proud. Kris enjoys dancing, bowling, attending basketball and football games, watching movies, and the occasional game of golf with her husband. She loves flowering plants and is an avid gardener who loves ‘playing in the dirt.’ Her yard is filled with perennials, but each summer she plants annuals in any areas of her yard that need a flower. She also enjoys her house plants and has to divide her time caring for them and the outside gardens in the summer. Her least favorite task is getting rid of weeds. Reading is still her number one pastime. Kris is also an award winning member of Toastmasters International. Kris continues the suspense by disguising her appearance.

“A Moving Screen ... is an unhurried but engrossing mystery. The ending is ...remarkable, offering resolution and a bona fide shock or two.”
– Kirkus Reviews 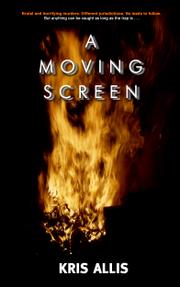 A homicide detective, believing he’s spotted a serial killer’s M.O., teams up with a private eye pal to put a stop to the murders in this thriller.

The latest case for Lt. Dennis Cane of Georgia’s Peach Grove Police Department is a homicide—or an attempted one. The Jane Doe survives someone setting her on fire, and lies in critical care at a hospital’s burn unit. Dennis isn’t surprised by the assault. He’s been following a torch killer’s pattern: two slayings a year (June 16 and 24), starting with a murder three years ago in 2005. The deaths were in different jurisdictions, so Dennis can’t work an official investigation, despite tying some murders together with black threads and DNA at the scenes. He does find help, however: high school chum and private investigator Merlot Candy, specializing in tracking down missing people, manages to identify the Jane Doe. Hired by her family to find her assailant, Merlot collaborates with Dennis. The two friends uncover evidence further linking a few of the murders, while FBI profiler Sterling Templeton may have a way to locate the anonymous caller who found the burn victim. They have mere days before the presumed next homicide on the 24th—unless the killer decides to change the discernible method. The novel is an unhurried but engrossing mystery. Dennis and Merlot, for example, don’t really start investigating until well past the halfway point, but a multitude of characters, including burn unit staff (the killer may try to finish the attempted murder), give the story depth. Allis (A False Start, 2014) likewise adds historical details for the 2008 setting, from presidential candidate Barack Obama to the upcoming Celtics/Lakers NBA championship battle. Case specifics are sometimes contradictory; Templeton notes the killer has no “particular type of woman,” despite all the victims being young blond females who, according to Merlot’s assistant Glenn Bausch, share “a slight resemblance.” The author’s no-frills writing style gives the plot momentum but occasionally calls unnecessary attention to metaphors—with more than one reference to black-threads evidence and a case “hanging by threads.” The ending, however, is remarkable, offering resolution and a bona fide shock or two.

A somewhat muddled homicide investigation, but bold characters and an exemplary coda make the story worthwhile. 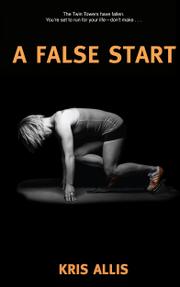 In Allis’ debut novel, one woman’s journey out of an abusive marriage begins when the Twin Towers fall.

On Sept. 11, 2001, Kathy Stockton is in her Upper East Side home preparing to meet Jessica, her brother’s widow, for the first time; her brother died in a freak accident days earlier. She gets a phone call telling her that Jessica is in the hospital after hitting her head while trying to prevent a woman from being hit by a car. Kathy races to the hospital and learns that the woman she thinks is Jessica has injuries unrelated to her fall, “consistent with…repeated beatings.” Kathy takes the amnesiac woman back to her luxurious brownstone to recover, and the woman realizes that her name is actually Anissa Brogdon. She saved Jessica from getting run over, and paramedics thought Jessica’s identification was hers; Anissa’s abusive husband, Tennessee plastic surgeon Foley Brogdon, had taken her own wallet, purse and even her shoes to ensure she would remain in their hotel room near the Twin Towers while he attended a conference. Despite his abuse, Anissa immediately demands to call him—until Kathy shares that she too was a victim of violence from her own, now-deceased husband.  Kathy realizes that the events of 9/11 have given Anissa an opportunity to recreate her life. She whisks Anissa away to Georgia, where she helps her start anew, but will she ever be able to escape Foley? Allis’ novel is extremely ambitious, taking on 9/11 and including a wide range of characters. At its best, it’s a suspenseful story about women helping other women to survive domestic violence. Unfortunately, the quality of the prose doesn’t match its ambition. There are graphic, clichéd sex scenes (“the dance that men and women have danced together to the beat of the erotic musical tempo of their bodies thrashing down through the ages”), and the plot relies heavily on convenient coincidences. For example, Anissa had Jessica’s purse at the accident scene because she’d grabbed it to yank Jessica out of traffic—but wouldn’t Jessica have been carrying some kind of photo ID? The novel also repeatedly diverges from the plot to describe the geopolitical reverberations of the terrorist attacks, and every time a character enters a new house, there’s a distracting, detailed description of home furnishings that wouldn’t be out of place in Elle Décor. 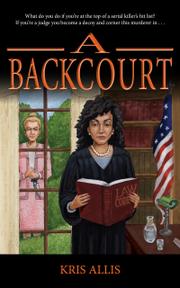 When an accidental death becomes an obsession, a grieving mother takes the law into her own hands in this novel.

Lacy Brogdon has gone by many names: Lacy Larson, Marilyn Little, and most recently Olivet Wendell. Using a fake ID, the former Mrs. Wendell takes her husband’s money and flees to New York, determined to track down Orella Bookings, the woman who killed her son in a hit-and-run accident years ago but was never caught. In short, punchy chapters, the hunt takes place between July 25 and Aug. 4, 2008, and follows multiple characters to Miami, New York City, Las Vegas, and Peach Grove, Georgia. Orella has never met Lacy, but she already knows she’s in her cross hairs. Her friend Kathy Stockton—along with a team of police officers, a computer expert, and a private detective—was in the middle of investigating Lacy for a murder when she learned of her plan. But crafty Lacy always seems to be one step ahead of them. The large cast of characters is slightly unwieldy, but the players connect in surprising ways—from Grover Crawley, a coldhearted pimp, to Celestine North, a party girl whose catchphrase is “I’ll never go south on you, baby”—and eventually they lead to Lacy. Not all of the characters are likable in Allis’ (A Moving Screen, 2016, etc.) lively tale, but they are complex: Rajha, a mysterious hit man with no last name, learned to kill from his abusive foster father. Rochester Miller, acting chief medical examiner, has a porn habit and a chip on his shoulder but is surprisingly reverent toward the bodies he examines. Even Lacy has a soft side—her love for her son blinds her to his serious flaws, and she uses her Christian faith to justify her actions. And Orella always seems to have a drink in her hand, even when she knows she needs to keep her wits about her, which gives her more depth.

Full of red herrings, exciting locations, and meddling strangers, this multifaceted mystery shows how mishaps happen when there’s more than one plan.