Kyle Sullivan considers himself to be an average family man. He was a local tradesman who visited households in need of custom renovations. He spent most of his career building a small business, but in time he realized that a change of pace was needed in order to point his artistic nature in a different direction. Since writing is often considered an art, he decided to try picking up the pen instead of a hammer.

When asked about his motivation for writing Getzi Chronicles, he replied: “I was trying to capture the heart and imagination of my pre-teenage son. In this age of techno entertainment, I can’t help but feel that something is somehow getting lost in the developmental stages of kids today. I wanted to coax him away from prolonged video game attachment and introduce him to the idea of using his own imagination in a productive way... maybe putting those dreams or ideas into practical application or on paper. I thought that the best way to do that, was to lead by example."

GETZI CHRONICLES is his first novel. He still resides in Canada with his family, where he has since been working closely with a professional artist to create the main characters, for an upcoming Character Bio magazine related to his book. He is also currently busy working on the sequel to Getzi Chronicles. 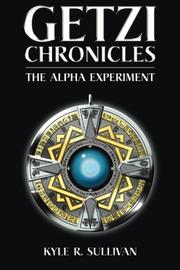 A small band of individuals, together by chance, stumbles upon a military base housing a covert project that armed soldiers want to keep secret in this debut thriller.

Dr. Delores Clark is testing the waters of Cooper’s Bay Marsh, off the coast of Mexico, to prove industrial giant Rayberdyn Industries Inc. is dumping chemicals. When black ops agents grab her and trash her work station, she gets help from Col. John Stone. John was already in the area searching for a crash site, refusing to believe his military-aviator brother’s accident from five years ago was due to pilot error. Also in the marsh are cousins Brian and Daniel Richardson, the latter monitoring Delores at the behest of Rayberdyn, and Lt. Debbie Shultz, who saves Daniel from a potentially nasty fall. Agents get the drop on John and the others and imprison them in a hidden compound nearby. Even if they escape their cells, they’ll still need to brave a dense jungle. Fortunately, they seem to have an ally in Jade, a warrior from an ancient tribe. They may, however, have trouble trusting her, as she has an unmistakable connection to Zix, who’s in cahoots with the nefarious and much-despised Col. Gerd Steinholtz. Gerd’s just one of the people behind an unsanctioned military project, and he’ll do whatever he can to contain the clandestine operation. The novel, undoubtedly a series opener, is an action-packed story with touches of sci-fi. Jade, for one, has special abilities signified by a “hazy blue glow,” while Zix uses a more sinister red light to steal others’ energies. These capabilities, along with the real-world skills of military-trained John and Debbie, make for exhilarating sequences during the numerous confrontations with bad guys. The story links characters in various ways (John and Debbie were cadets who witnessed Gerd’s violence firsthand) and introduces many elements, like Jade’s and Zix’s origins, that are not fully explained—but perhaps they will be in later books. Sullivan’s writing is smart and thoroughly detailed, though descriptions can be excessive. It’s clear, for example, what both a “sci-fi-looking cylindrical apparatus” and “futuristic gurney” are without the leading adjectives.

A simple backdrop and military story effortlessly set up what could be an intricate, entertaining series.