Laird Stevens is a writer, musician and philosopher. He
was born in Canada and currently lives in Montreal with
his wife and youngest son.

“...the book’s vivid journey through Asia’s dreamscapes will enthrall readers to the end.”
– Kirkus Reviews 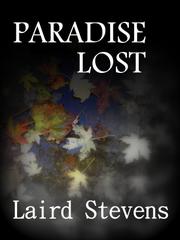 A young man struggles to find meaning in his life as he travels between Europe and Canada, finding new loves and new interests along the way in this nonlinear novel.

Born in Canada, Lewis Sterne nevertheless comes to think of Paris as the place where his life begins. Learning to be French proves to be an excellent tool for exploring the city and bringing it to life through detailed description—not just of sights and sounds, but of the city’s rhythms. In Paris, Lewis develops an interest in two things that will continue to shape his life: music and girls. An accomplished pianist, he frequently reflects on the nature and beauty of music and what its pursuit means to him. These passages indicate what’s to come, as the book becomes increasingly reflective and inward-looking while Lewis grows up and the narrative bends philosophical as he struggles to understand the world in light of his deepening feelings. Stories of the many loves in his life—reconnecting with childhood friend Sheila, dallying with Arabella in Montreal, meeting older Ariadna on a student trip to Europe, falling for Grace back home, living with wild Niobe and Lily in London, etc.—provide the majority of the day-to-day narrative, which anchors Lewis on his travels throughout Europe. Much of the second half of the book explores philosophical ideas, with an occasional glimpse into Lewis’ life. The story can be confusing at times, since more clarity is needed around how old Lewis is and, in some cases, where exactly he’s living. This confusion is only enhanced by the fact that there aren’t any chapter breaks. Dialogue tends to be dramatic, and extra characters are often used as mouthpieces for philosophical ideas about women, sex, God, existence and ethics. Overall, though, the novel offers an impressively detailed, deep look at life that will especially appeal to readers interested in academic philosophy or literature.

Intimate, reflective and worthy of a thoughtful read; don’t rush this one. 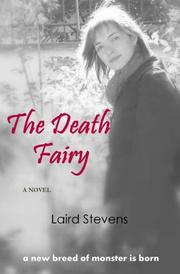 In Stevens’ debut novel, suicidal Asia McPhee wonders why she wants to take her own life; her dreams may provide the answer.

This volume, the first in a series of fantasy stories, introduces Asia, a new mother who fights for her sanity while unknown forces urge her to commit suicide. Asia struggles to grasp that her dead mother’s life holds the key to her problems. The book’s compelling premise and the author’s lyrical style ease readers into the story, as haunting parallels connect Asia to her mother, who took her own life when Asia was a newborn. When Asia starts experiencing dreams and visions of her mother, she follows her husband’s advice and seeks the counsel of a psychologist who had ties to her mother, as well as Asia’s friend Jessica, who has similar dreams. As she struggles to remain alive and in control, Asia realizes that she may be a danger to the one she loves most: her baby. Both mystery and fantasy, Stevens’ novel starts off well in blending the two genres, but the story begins to falter at the midway point, when the action gives way to too much conversation. Redundant dialogue not only bogs down the mystery but stunts the pace of the narrative. Meanwhile, the book’s action sequences are riveting but far too infrequent. The plotline would benefit from drawing out the tension, as the climactic moment occurs too abruptly for readers to experience the full power of its effect. Despite its flaws, though, the book’s vivid journey through Asia’s dreamscapes will enthrall readers to the end.

A unique mystery that could benefit from more action.