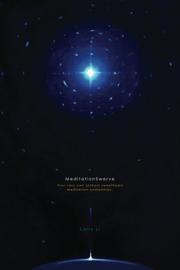 Li, in his debut self-help book, aims to convince readers that if he can meditate, anyone can.

Rarely has a subtitle more amusingly and accurately hinted at a book’s contents. The 28-year-old author turned to meditation to help ameliorate his obsessive-compulsive disorder, depression, and anxiety without turning to what he calls “lobotomizing” medications. Before and during his practice, he also battled Graves’ disease and lung cancer. Li is the first to point out his own imperfections; he notes that meditation wasn’t always easy for him, but he isn’t sorry that he persisted: “I don’t think there is anything special about me,” he writes. “I just kept believing it was possible.” In a series of passages, vignettes, poems, and blog posts, he shares his thoughts on meditation interspersed with his reminiscences and personal experiences. He also includes quotations from such notables as Friedrich Nietzsche (“And those who were seen dancing were thought to be insane by those who could not hear the music”) and Cyndi Lauper and manages to find equal profundity in each. His refreshing honesty about his flaws—more than one vignette begins with a mention of a hangover, for example—makes meditation seem attainable by the masses, not just clean-living Zen practitioners. He repeatedly cites playwright Samuel Beckett (“Ever tried, ever failed, no matter. Try again. Fail again. Fail better”) while encouraging practitioners to keep trying and to seek inspiration in failures. The chapters aren’t linear but rather follow Li’s stream of consciousness, including the “swerves” that give the book its title. As added bonuses, he includes Zhong’s colorful artwork (including depictions of Buddha statues) for concentration meditation as well as sources for his unique collection of quotes. Whether or not the book is useful to meditation practitioners, general readers will still find many amusing anecdotes and meaningful ideas.

A fine collection of vignettes on meditation.