As a writer/producer Larry Spencer has spent over twenty years working on a multitude of successful television shows, recently segueing into feature films, which then transitioned into authoring his very first novel, The Tipping Point of Oliver Bass. Spencer grew up wanting to be an animator. However, after getting his Bachelor of Fine Arts degree from the famed Chouinard Art Institute (Los Angeles), he decided to take an alternative route into television. It all began when Chuck Barris, the infamous game show King hired Spencer as the head writer and creative consultant on the cult television classic, “The Gong Show.” From there, he subsequently worked on countless Sitcoms as a writer/producer, including such hits as Taxi, Head of the Class, 227, The Second Half, Pride & Joy, The Hogan Family and Valerie. After a successful television career, he moved into feature films, where he teamed up with his friend of many years noted director/writer Charles Shyer. Their first collaboration is an original script called “In Search of Ina Byers.” Also Spencer and Shyer co-wrote Kay Thompson and Hilary Knights’, classic “Eloise in Paris” and “Talking to the Moon” for Fox Searchlight. Spencer resides in Valley Village, California with his wife, Laurie and their golden retriever Oliver, whose name was the inspiration for the title character in his novel. 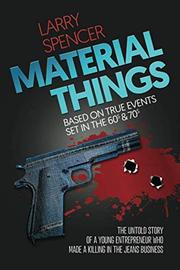 In this novel, a fashion salesman finds himself caught up in the tendrils of crime and betrayal in Los Angeles.

It’s 1969 and Matthew Street’s marriage has fallen apart, forcing him to crash on Chris Styles’ couch—where he pines after his friend’s Israeli girlfriend and becomes the victim of a home invasion at gunpoint—and then to room with Logan Alexander, an insufferable drunk who lives off his parents’ wealth. The one bright spot in all this is that Matthew’s barbershop has experienced a bump in revenue ever since he started selling stylish shirts in the front window. This gives Matthew an idea: to turn his shop into a clothing boutique aimed at the young, radical generation. As he pitches his idea to Chris, Logan, and a third friend, Jon Lewis, while sitting in a north Hollywood diner, he finds himself getting counter-pitched by a stranger in the next booth. The man works for a company whose “specialty is selling and marketing bell-bottom pants to retailers. He wanted their business when they were ready to move forward with their plan.” How hard can it be to sell pants in LA? Pretty hard, as it turns out, especially when egos, sex, drugs, the Mafia, the FBI, and the chance at a whole lot of money get involved. Spencer’s (The Tipping Point of Oliver Bass, 2017) prose perfectly captures the seedy, hedonistic LA of bygone decades, where everything good or bad seems not only possible, but also inevitable. Matthew is a character who is never quite satisfied, with his arrogance and cynicism shining through even when he means to praise: “He loved her look. She looked healthy, but not athletic-healthy. Like the kind of woman who’d once had an eating disorder and learned the dangers, but there was no way she was about to get fat.” This makes him hard to like, and the author’s attempts to give the story a neat frame do not quite work. Even so, as a Scorsesian tale of bad people in over their heads, the novel effectively provides a rise and fall saga set in a colorful time and place.

An engaging tale about the sleazy, aspirational culture of 1970s street fashion. 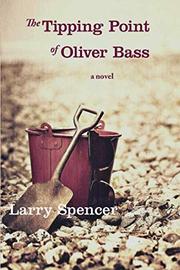 THE TIPPING POINT OF OLIVER BASS

Oliver Bass, 17, has been expelled from his fancy San Francisco prep school for talking back to his teachers, despite his historically high grade-point average. In his emotionally cold Pacific Heights home, where Oliver exhaustively reminds readers that his parents didn’t hug him enough as a child, his psychotherapist stepmother Lorraine decides to send Oliver to live with one of her patients for the summer. She believes that Oliver and said patient, Vance Briggs, will help one another grow, as the teen is still recovering from the fact that his mother killed herself when he was 5, and investigative journalist Vance is grieving the suicide of his wife and the loss of his son, Alex, in a car accident. So Oliver goes to Venice, California, to meet the weed-smoking, light-beer–swilling Vance.Things get off to a murky start, as Oliver is threatened by an infamous Venice boardwalk vagrant and bats away a beautiful woman like a fly. Then Vance reveals that he thinks that his wife and Oliver’s mother were actually killed by others. This could simply be a whacked-out hunch, but then the two uncover a few clues, even as Oliver remains doubtful. Spencer is a former writer and producer of TV sitcoms such as 227 and Valerie, but his novel is cinematic—even sprawling. As a character, Oliver toes a curious line between Holden Caulfield and Philip Marlowe, but he’s leagues less likable than both. He’s articulate but piggishly sexist and full of contradictions; for example, he simultaneously possesses aggressive intolerance for Republicans and curiously hostile opinions regarding immigration. Halfway through, readers may question why they’ve agreed to follow this detestable boy’s journey—but they’ll undoubtedly finish it, as the story itself remains entertaining throughout.

A page-turning mystery with a frustrating protagonist from a veteran storyteller.