Laura Rizio is a litigation attorney and a partner in the Philadelphia firm of Rizio Hamilton & Kane, PC. She specializes in complex, high value personal injury cases resulting in catastrophic injuries from dangerous products, medical malpractice, collapse, fire, automobile crashes, aviation disasters etc.
She founded the firm in 1978 along with her husband James Hamilton in 1978 and continues to practice with her husband, James, her daughter, Alexandra Kane, and her son in law, Michael Kane.
Prior to founding the firm, Ms Rizio was a litigation attorney with the Philadelphia District Attorneys Office and later with the Equal Employment Opportunity Commission. She tried race and sex discrimination cases while with the EEOC, one of which resulted in the then largest settlement against the tobacco giant, Phillip Morris.
Currently Ms Rizio has written a legal thriller titled, Blood Money, and is working on the sequel which is titled Blood Trade, in addition she continues to practice law at her firm. 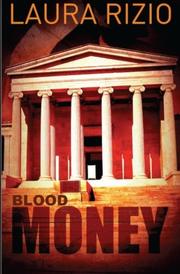 In her exciting debut, personal injury attorney Rizio crafts a legal thriller with compelling characters and tense action that more than compensate for a familiar premise.

Nick Ceratto is a young attorney at the prestigious Philadelphia firm of Maglio, Silvio and Levin, a rising star and protégé of “supreme litigator” Joe Maglio. But when Maglio and his family turn up dead Christmas Eve, apparently the result of a murder-suicide, the incredulous Nick begins to suspect Silvio and Levin. Shortly after, when the firm’s eavesdropping receptionist is the victim of an apparently random homicide, Nick discovers that she has left him a vital clue in her safe-deposit box—what seems to be an ancient VHS copy of Raiders of the Lost Ark. With the help of Maglio’s fiery Italian cousin, Maria Elena, Nick begins to investigate his employers, while also taking over one of Maglio’s high-profile cases. Although this murderous boutique law practice will remind some readers of The Firm, Rizio’s book has several qualities that surpass that more famous work. Scenes are filled with cleverly observed details, from a conference room that was “supposed to be soundproof” but from which “yelling had been audible for at least twenty minutes” to a receptionist picking up a phone and pressing an “angry flashing button” with a “sculpted, inch-long red fingernail.” Additionally, an appealing tart cynicism haunts the novel’s scenes of legal maneuvering: “Nick Ceratto sat on one side of the dingy courtroom, its magnificent Victorian paneling and ornate plasterwork overlaid with generations of dirt,” evoking Raymond Chandler’s tone far more than John Grisham’s. Rizio also writes excellent, unfussy action scenes. A chapter where Nick attempts to subpoena a reluctant witness is a model of the form, as is a climactic confrontation in which two children are menaced by a killer. There are some missteps: An engrossing, you-are-there first chapter is besmirched by a jarring jump between characters; the murder of an appealing female character feels superfluous; and a key villain is lazily sketched, especially when cliché dictates he pontificate about classical music. But these are minor quibbles. For a debut, Rizio’s novel is remarkably accomplished. An entertaining thriller full of clever touches, whose characters and tone enliven an overworked genre.