Lawrence Verigin’s goal is to entertain readers while delving into socially relevant subjects that he feels need more attention brought to them.
Since 1999 Lawrence has spent a considerable amount of time and effort learning the writing craft.
In his spare time Lawrence enjoys cooking good food, rich red wine, travel, running, reading and numerous rounds of golf.
Lawrence and his wife, Diana, live in beautiful North Vancouver, Canada.

“Verigin's pacing is masterful and adept. Strong writing and a swift plot make for a solid debut.”
– Kirkus Reviews 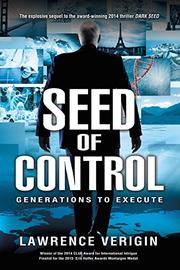 Fancying itself the steward of humanity, a shadowy group of elites has built an impressive and abominable network of corporations. The GMO–producing company Naintosa manufactures genetically altered food that causes cancer, while its sister pharmaceutical company, Pharmalin, produces the drugs to treat it. Threatening this built-in bottom line are the investigative journalists of Verigin’s (Dark Seed, 2013) first novel, Nick Barnes and Sue Clark, backed by commando-esque retired oil tycoon Jack Carter, who, together with a regretful ex-employees are able to craft a scathing exposé that closes down the companies’ Bolivian branches. Fast-forward and Nick is living a sequestered, paranoid life, failing to write a novel while the media juggernaut that is Global Mark Communications suppresses the work he and Sue risked their lives to uncover. But as people begin dying around him again, Nick finds himself once more allied with Carter and his cadre of armed guards, investigating an overlooked side effect of Naintosa and Pharmalin meddling: human sterilization. This quiet genocide turns what was merely an inhumane moneymaking scheme into a horrific plan of population control, and if Nick and company wish to upend the dangerous cabal behind it, they will have to use every resource at their oilman’s disposal to stay alive. The potbellied Nick is a nontraditional but relatable hero. He panics, he cries, he checks out cleavage at every opportunity, but ultimately he remains brave and committed to the truth. The story is told largely in the first person from his point of view, the narration’s slight awkwardness reflecting Nick’s own gawkiness. There’s plenty of action, from woodland shootouts to ATV chases, even a deadly golf-balling, all necessary breaks from the book’s whole chapters of research and exposition. Curious readers should find many of the topics about GMOs particularly intriguing, with ties to real-world science. The ending leaves much still unanswered and Nick once more in jeopardy, an Empire Strikes Back moment no doubt prepping the continuation of the series.

Raises the stakes of the original novel, with the same focus on social commentary mixed lightly with the action of a globe-spanning spy thriller. 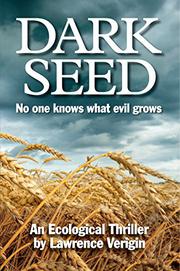 In Verigin’s debut thriller, a journalist takes on the story of his career when he agrees to write a book exposing the corruption and deadly dealings of an agribusiness giant.

Disenchanted with his work at the Seattle News, Nick Barnes is intrigued when he is approached by Dr. Carl Elles, a former scientist at agricultural company Naintosa. Although Nick had just written a positive article on Naintosa’s genetically engineered vegetables, the doctor convinces him that not all is as it seems with these supercrops, and the two arrange a meeting to look at Elles’ notes. When Nick finds him dead in his office, he can’t shake the thought that something is amiss: An imposing man claiming to be a police lieutenant arrives on the scene well before any other police officers, and a gray car seems to be following his every move. Nick doesn’t start putting the pieces together until he meets with Morgan Elles, daughter of the late doctor. Assuring Nick that she has copies of her father’s notes, she convinces him to continue with the project and write the exposé. Nick agrees, and the two set out on an international game of cat and mouse with the thugs who will do anything to stop them. Throughout the story, Verigin’s pacing is masterful and adept. He imbues Nick with self-deprecating humor and intelligence, lending him a credibility that makes even the occasional red herring a little more fun. Readers may find the perfectly beautiful Morgan less nuanced, and while Nick’s attraction to her is understandable, some may tire of his frequent descriptions of her outfits. Dialogue is lively and realistic, an asset in maintaining the suspense. The level of conspiracy in the story, however, might seem over-the-top; still, most readers will be quick to overlook it and get on with the ride. Verigin has left the door wide open for a sequel, and this entree should earn him a base of eager fans.

Strong writing and a swift plot make for a solid debut.

One Hundred Years Of Solitude