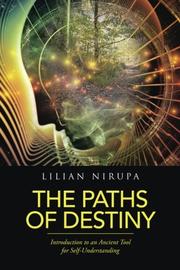 The Paths of Destiny

A passionate introduction to the practice of Jyotish, an ancient form of astrology rooted in Hinduism that fosters self-exploration while offering guidance and predictions.

The ancient tradition of Jyotish, which means “Light of God,” is also called Vedic astrology, and it uses the teachings of Hindu philosophy to try to help people answer life’s nagging questions about identity, purpose, and the divine. Nirupa (Lizla, The Daughter of Isis, 2014, etc.), who says that she was personally affected by a Jyotish reading, introduces the Eastern practice to those for whom it may not be as familiar as its sister traditions of meditation and yoga. She also illustrates the differences between it and modern astrology, which shares similar signs. The book breaks down Jyotish’s zodiac and its various houses, star signs, and more, focusing on the importance of planetary paths and placemen, and how readings of Vedic charts may be used to interpret their numerous intersections. The final results, she says, provide a breakdown of one’s emotional and intellectual behavior. A skilled reader, called a Jyotishian, can use this to decipher the future, she says. The author also explores modern uses for this area of study, noting its scientific credentials in some parts of the East and its use in matchmaking for arranged marriages. The book charts numerous “outstanding examples” to illustrate what she sees as the predictive capability of Jyotish methodology, matching the accomplishments and personalities of actors, world leaders, and historical figures to their readings. Skeptics, however, will see this as interpretive hindsight. During these analyses, the author also explores Vedic terms and history while introducing elements of Hindu philosophy and Jyotish study. It’s a roundabout but effective teaching process, although the author actively discourages readers from attempting to divine things from their own charts. The book highlights parallels between Hinduism and Christianity, effectively showing that one may believe or explore Jyotish without it overwriting other belief systems. Although the book first presents Vedic astrology as a prognosticative tool, it primarily advocates its use for developing an understanding of oneself, so even doubters might find it engaging and useful.

An intensive primer to a complex aspect of a sophisticated philosophy. 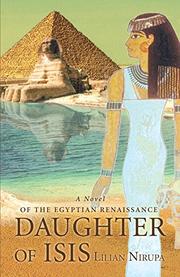 A mystical tale about a gifted princess living at the twilight of the Egyptian Empire.

Lizla is the last in a line of powerful rulers in the Egyptian Empire. Her father, a mighty Pharaoh, was killed years before while protecting his empire from foreign invaders, and his legacy of peace and union is of great importance to Lizla. She feels the weight of her responsibility and talents at an early age. She begins training with the famous priest Ra-Ta, who recognizes her supernatural gifts and the ability to transcend the corporeal world. The priest guides Lizla into a trance, where she speaks with the Goddess Iris, her spiritual predecessor. Under Ra-Ta’s instruction, she takes residence at the Temple of Love, where she immerses herself in mystical teachings and is surrounded by other gifted students. At the Temple, she reunites with her estranged childhood love, Mikos, who is at the Temple to study medicine. All is not well at the Temple of Love, however–during a stroll through the grounds, Lizla overhears several high-ranking officials discussing an invasion from hostile foreigners. Unfortunately, the issue of the invasion never gets fully resolved, and the story becomes bogged down in tangential explanations of Egyptian philosophy and mysticism. Much of the story is spent describing Lizla’s supernatural experiences, but these become too frequent and episodic, and as a result, the story stalls at points. For the book to achieve that special, ethereal nature that other spiritual tomes achieve, the prose needs to take on a more reserved and Spartan tone, and the reader left to do his own thinking.

A meandering and overindulgent book that spends too much time on the intricacies of Egyptian mysticism.