Linda Collison's short fiction, creative nonfiction and articles have been published by a variety of magazines and she has received awards from Honolulu Magazine, Southwest Writers Workshop, the former Maui Writers' Conference, and the National Student Nurses Association. The New York Public Library chose her first novel, Star-Crossed to be among the Books for the Teen Age -- 2007.

Linda has worked as a registered nurse, a skydiving instructor, volunteer firefighter, and other jobs. She began freelance writing while in nursing school, and was a scriptwriter and director of marketing for a small video production company in Cheyenne, Wyoming.

Linda loves to travel by foot, fast car, or sailing ship. Her experience as a voyage crew member aboard the H.M. Bark Endeavour, a replica of Capt. James Cook's 18th century ship, led to the writing of Star-Crossed, published by Alfred A. Knopf in 2006. Her coming-of-age novel, "Looking for Redfeather," was a Foreword Reviews Indie Book of the Year Finalist for 2013 and the audiobook version was read by actor Aaron Landon (Disney's Crash & Bernstein). The author has adapted the novel into a play. Water Ghosts, published in 2015 by Old Salt Press, is a psychological adventure set at sea with strong historical and paranormal elements.

“A witty YA voyage with plenty of narrative power”
– Kirkus Reviews 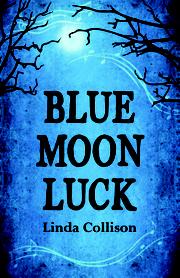 Chancellor “Chance” Lee and his best friend, Tollie Osbourne, have always wanted to leave Falling Waters, West Virginia, and from the time they’re in high school, both believe rock music can be their tickets out. Tollie is the naturally talented one, “Jimi Hendrix re-incarnated.” Chance plays rhythm guitar and later learns the drums when the two get a regular gig in a country band. While they wait for stardom, Tollie works construction and Chance sells the weed he grows. The summer they’re 22, they drop $5 each on a visit to “the witch,” a woman who tells fortunes on the night of the full moon. That’s where trouble starts. Tollie leaves the witch’s trailer dejected but tight-lipped, while Chance, told he “was born under a bright star,” is destined to have good luck. But he needs to take advantage of his fortune, the witch tells him: “I want you to grab on to luck when it comes around. I want you to hang on tight and see where it takes you.” Chance is sure that his own luck will sweep Tollie along with it—they’re best friends, after all—but that night, their fates start to diverge. Soon, Tollie’s girlfriend leaves him, and his mother dies suddenly; Chance inherits a vast sum from his grandfather and falls for the witch’s daughter, Brigit. Can the band survive? Collison’s novel starts strong, and her writing is evocative, as when she describes Falling Waters: “Like two old woman’s hands cupped, a little bowl in the midst of craggy, tangled green hills.” While she takes her time establishing Chance’s and Tollie’s back stories, the novel’s pace speeds up as it progresses. However, once the friends separate, the years pass quickly, the meditative tone getting lost along the way.

A well-written novel that rushes through its second half; readers might want another 100 pages. 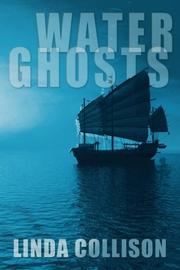 In Collison’s (Star-Crossed, 2006, etc.) YA adventure, a teen on a character-building excursion at sea faces challenges larger than getting along with his crewmates when the spirit of a destructive ancient Chinese ghost appears.

James McCafferty has the bad luck to be shanghaied by his mother and her boyfriend and sent aboard the Chinese junk Good Fortune. He is not a happy sailor. While the other teens possess what might pass as conventional behavior problems—the bookish boy obsessed with weapons, the tattooed punk girl, the adopted Asian kleptomaniac, the bully and his minions—James is different. He isn’t a bad kid; he just sees and hears dead people, who now pursue the Good Fortune as it wanders to the middle of the Pacific Ocean. Yu Chin, the spirit of a 700-year-old Chinese eunuch in the imperial court, talks to James, berates him as a weakling, then tells him his plan to take over his body and send him to hell. Until then, readers’ are treated to plenty of irreverent Holden Caulfield–like wit along with James’ spot-on observations, which seem to keep him afloat as the situation takes on water. When the chipper youth counselor Marty—“a continuous public service announcement”—and first mate Miles disappear and Capt. Dan, who “looks more like somebody’s fat, stoned uncle,” dies, the ship is inexorably drawn toward a fate that involves a parallel spirit world and an ancient Chinese power struggle. The abandoned teens don’t become as feral as those in The Lord of the Flies; instead, their camaraderie comes in handy just as a ghost armada raises itself from the deep. Much interesting information on Chinese sailing ships and mythology is introduced, and while not all of it is essential to the plot, Collison deftly prevents the info from talking down to young readers or encumbering the story.

A witty YA voyage with plenty of narrative power. 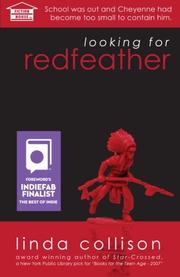 Collison’s coming-of-age novel follows three teenagers who leave their homes to try to find themselves and escape less-than-perfect circumstances.

Ramie Redfeather lives with his mother and little brother and longs to find his father, known as Redfeather, a musician who never made it big, though locals recognize him. Trying to catch up with him at a gig in Denver, Ramie hitchhikes from his hometown of Cheyenne, Wyo., and meets Chas Sweeney, a kid from nearby Baltimore whose mother is on life support. In denial about his dysfunctional family back home, Chas stole his grandmother’s Cadillac to drive across the country. In Denver, they meet up with LaRoux, formerly Faith Appleby, who has run away from her strict religious household to perform in a music contest in Austin. All three characters are well-drawn, and though the circumstances that draw them together seem a bit forced, their relationship feels real. They’re three lost kids, geographically and spiritually, yet they’re specific and recognizable types. Ramie is strong, loyal and keeps to himself. Chas is smart and a bit irritating but boundlessly enthusiastic, and despite his confusion about what to do with his life, he has a good heart. LaRoux is beautiful and talented but flighty. Much to the author’s credit, all of them are believably flawed. At times, though, the narrative gets muddled when the three kids’ stories drift into navel-gazing and away from the plot, but Collison’s prose is nonetheless clean and efficient. The resolutions of Ramie’s and LaRoux’s quests are fairly predictable but still well-laid, though Chas’s story turns out to be the more intriguing one, especially in the end.

Doesn’t pack the fireworks, but that’s not where the story lives—it’s in the day-to-day lives of its well-drawn characters and their crises. 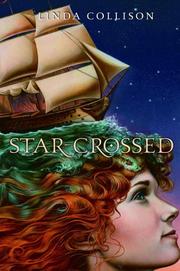 Reminiscent of Celia Rees, first-timer Collison introduces orphaned Patricia Kelley, 17, who sneaks aboard a British merchantman headed for the West Indies, hoping to claim her father’s estate. When she discovers that she has few rights aboard ship or on land, she marries the ship’s physician, an “old” man of 34, as a matter of survival and despite her attraction to a low-ranking bosun’s mate. On and off duty as a physician’s assistant, Patricia witnesses warfare, “modern” medicine, birthing and early contraception and the women at sea who will later be forgotten by history. After her husband succumbs to yellow fever and she finds herself penniless, the young woman dresses like a man and enlists as a surgeon’s second mate on a frigate. Patricia’s new life could be a path to greater independence and reuniting with her true love. A few forced explanations (e.g., “Pleaded their bellies? You mean to say they were pregnant?”) can be overlooked in what is an otherwise well-researched, riveting adventure that brings to light an overlooked part of women’s history. (map, author’s note, glossary, sources) (Historical fiction. YA)

I taught skydiving and participated in a Guinness Record attempt for the most skydivers to successfully parachute out of a hot air balloon at the same time.

It’s the early 1980’s in Falling Waters, West Virginia. Twenty-two-year-old Chance Lee is still living with his mother, getting high, and playing drums in a weekend country band with his friend Tollie. All his life he has wanted to leave home and, with any luck, become a rock star -- a plan he thought he shared with Tollie, who Chance believes is by far the more talented of the two. The local fortuneteller instills in Chance the needed courage to put his dream into motion and he’s ready to try what many young musicians only dream of, yet he must overcome the strong pull of home -- and Tollie’s reluctance to leave. Finally he breaks away, not with Tollie but with the fortuneteller’s daughter, and the two head west together on the road to finding their real life. Blue Moon Luck is a fictional memoir, a coming-of-age-in-the-eighties, a story of friendship, luck, and the power of dreams. The manuscript won the 1996 Maui Writers Conference Grand Prize under the working title, “With a Little Luck.”

Nurses have the heart to help you, the skills to save your life -- and the potential to kill you. This chilling fictional memoir is a short story set in a dystopian near-future when nurses are armed and dangerous -- and fear rules the night. Using satire and irony, the author addresses guns, violence, and the hospital milieu.
Published: Feb. 2, 2013
ISBN: 978-0-9893653-3-8