Linda Wells brings her own background to her latest novel, Cypress Lake. Like her heroine, Wells grew up in Florida and went on to travel the world as a flight attendant.

Before taking to the skies, Wells attended the University of South Florida in Tampa. Through her work, she has lived in Atlanta and Chicago. She now makes her home in the Midwest, where she enjoys both reading and writing mysteries. She is the author of three thrillers: Dead Love, Dead Promise, and Cypress Lake: A Romance Thriller. She is hard at work on her fourth. 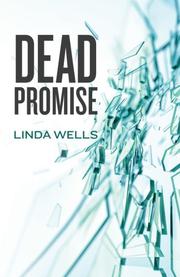 The U.S. struggles to fight a pandemic—with viral outbreaks in three major cities—while agencies search for the mastermind behind the biological assault in this sequel.

The call to the FBI about a potential attack unfortunately has merit. A canister in a New York City subway station released an airborne mutated H5N1 virus that spreads quickly. FBI partners (and currently lovers) Georgiana “George” Reed and Mark Strickland are on the case, but their prime suspect, biochemist Dr. Suzy Chen, may already be dead. Someone fired a bullet into her head, likely an assassin for “the Organization,” referenced in a cryptic note Suzy left behind. An attempt to kill her boyfriend, Army intelligence officer Col. Max Graham, however, fails. George and Mark turn to Max for answers regarding Suzy, including the possibility that Dr. Eric Adams, director of the lab where the two were employed, is an accomplice. The Organization’s enigmatic Director, meanwhile, learning that Max is still breathing, sees the colonel as a loose end, because Suzy could have told him anything. Finding the person behind the terrorist strike entails tracing a bank account (also from Suzy’s note) as well as the biochemist’s probable motive. The Director promised to get Suzy’s separated-at-birth twin sister, Lee, a prostitute, out of Hong Kong. While a Manhattan hospital deals with an influx of infected patients, there are also significant outbreaks in Miami and Chicago. The CDC’s working on a vaccine, but it could take months—time the American people don’t have. Wells’ (Dead Love, 2013) latest novel picks up right where her preceding book left off. She adeptly eases her audience into the story, reintroducing characters with minimal exposition or recapping, and even readers just joining the series shouldn’t be lost. The (occasionally) nonlinear narrative is likewise utilized to great effect; George and Mark, for example, get a report of a murder—one that, in a later scene, a drunken Max (upset over Suzy’s fate) awakens to discover. As the pandemic affects so many people, Wells includes an abundance of relevant characters, from doctors and flight attendants to President Jake Howland and his advisers in the Cabinet Room. As in the earlier book, all these players beget various relationships and accompanying obstacles: George is reluctant to be with partner and subordinate Mark; nurse Chris Noel is worried about her sickly lover, Dr. Dave Grant, as is his wife, Vicki. The no-frills narrative complements the short chapters, providing the tale with a brisk pace, especially considering that it began in the midst of the action. But, though George and Mark, along with Max, are unmistakably the protagonists, they don’t have much impact on the main plot. Quantico’s cyber-forensics team uncovers most of the leads, such as another canister, while a surprising character becomes suspicious of the person who, readers already know, is the Director. There’s a definite resolution—a couple of crucial deaths cap off some of the storylines—but plenty of lingering questions remain, enough for the series’ third entry.

A conventional thriller elevated by the author’s masterly juggling of characters and subplots. 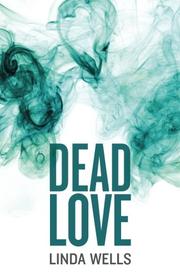 Wells delivers a debut thriller about a biological terrorist attack, the people determined to stop it and the woman at the heart of it all.

After the FBI receives notice of a possible terrorist threat in a New York subway, citizens start experiencing flu-like symptoms, beginning with Joey, the maintenance worker who first found a suspicious canister. Soon people who have recently traveled by subway start falling ill. Agents Reed and Strickland’s investigation into possible stolen hazardous materials takes them to Maryland-based Edgewood Laboratories—where assistant lab director Dr. Suzy Chen may know more about the pandemic than she’s willing to admit. Wells opens her novel with the chillingly steady progression of an epidemic, gradually introducing pertinent characters, including Joey; Maggie, the flight attendant who takes the train to work; and Dave and Christina, two doctors at a hospital that starts admitting potentially infected patients. The author develops characters through their relationships with one another—Reed and Strickland’s mutual appreciation of each other’s skills, Christina’s and married Dave’s affair, and, especially, Suzy’s love for Lt. Col. Maxwell Graham of the Joint Chiefs of Staff. Wells astutely zeroes in on Suzy, her connection to an enigmatic group brazenly called the Organization, and her romance with Max during and prior to the outbreak. The novel provides copious, frankly intimate scenes of the two lovers, but with a residual prudence—proclamations of love abound, with “love words” and “aching” hearts. However, Wells never misses an opportunity to include eloquent details throughout the story; meals, in particular, lovingly itemize foods in a manner that will likely induce hunger pangs. The book is a swift read—chapters average less than four pages each—and a shocking scene near the end draws the story to a worthy denouement.