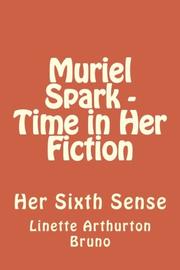 An informed yet dry scholarly essay examining the significance of time in Muriel Spark’s fiction.

Author of 22 novels, award-winning Scottish writer Dame Muriel Spark is perhaps most famous for her work The Prime of Miss Jean Brodie (1961). In this extended essay, Bruno focuses on this and four other novels—Memento Mori (1959), The Girls of Slender Means (1963), The Mandelbaum Gate (1965) and The Driver’s Seat (1970)—as a way of exploring Spark’s fragmented and cyclical approach to time in her fiction. Bruno begins by examining how Spark’s life is mirrored in her fiction, addressing the role of war, religion, thrift and economy, and she then goes on to critically investigate the books themselves. The theme of time is carefully intertwined with that of memory; the manner in which Spark disrupts chronology in her fiction is tackled with aplomb. Bruno also emphasizes Spark’s interest in natural cycles, such as the passing of the seasons, as well as her use of complex time shifts intended to imitate violent disruptions in life. The reluctance to examine Spark’s entire body of work makes for a rather stunted study, although the author succeeds in working methodically through each of the chosen novels, drawing out relevant strands and providing sharp textual analysis. An awkward turn of phrase can sometimes discredit Bruno’s argument, however: “A pattern also exists in the confusion of the modern world. It is for the individual to search for it.” The result is a style both tangled and stuffy. Throughout, the essay can sometimes come across as a reworked graduate dissertation, particularly with regard to its repetitious statements of intent. The dissertation style might not engage a nonacademic readership, although it will certainly appeal to Spark’s dedicated fan base.

With the tenor of a thoroughly researched student essay, this insightful book will appeal to fans eager to learn more about a talented author. 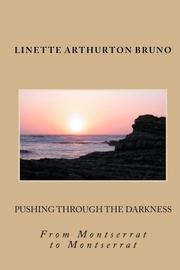 PUSHING THROUGH THE DARKNESS

A woman reflects on the catastrophic history of the Caribbean island of Montserrat and its effect upon her family in this continuation of a story begun in Bruno’s previous novel (Down Memory Lane: With Marguerite and Family, 2010, etc.).

Marguerite, now living in Montpellier in southern France, misses her former life on Montserrat. Her homeland was first devastated by Hurricane Hugo in 1989 and later, by two volcanoes in 1995 and 1997; the latter resulted in the evacuation of the town of Plymouth and the deaths of 19 people who tried to stand their ground. Displaced residents like Marguerite, with their personal possessions and way of life irrevocably destroyed, have little to rely upon but their memories and each other. The tragedies devastated Marguerite’s husband, George, who’s no longer himself. Their newly married daughter, Clementine, and her husband, Christophe, are presumed dead, possibly due to arson; they were registered at a hotel that was consumed by flames. Soon, Marguerite and George learn that the couple is still alive, but they have no clue as to their whereabouts. A distressed Marguerite finds comfort in a visit to the Black Madonna in Barcelona, where she hears a mysterious voice whisper, “Nil Desperandum!” (“Do not despair!”). Although the tale begins with Marguerite, the focus seamlessly shifts to honeymooners Clementine and Christophe, who discuss the locales they visit, including Martinique; they eventually return to Little Bay, an area of Montserrat that has been reopened to the public. Their conversations don’t merely offer sparkling history lessons, but also their perspectives on their loss as they prepare to build a new life together. Bruno’s touching story of devastation and spiritual renewal builds quietly and surely, without treacle or theatrics. In simple, straightforward language, the novel examines the layers of physical and emotional upheaval that come with successive tragedies. It gently addresses themes of despair, hope, faith and rebirth, noting that there is “more mystery to life than the common man dreams.”

A brief, unassuming exploration of cataclysmic loss that delicately thrums the heartstrings and replenishes the spirit.

Jonathan is a lonely little lad. His favorite book is "The Little Prince". He develops early a sense of responsibility from reading this book.

Pushing Through the Darkness

What better time than Christmas for a family to get together again after much turmoil.All in this book is a question of separation and bonding, of the past exerting its influence on the present.
Published: March 23, 2013
ISBN: 9781466329720