LISA BLUME has been a principal and executive producer of public service media and research projects for more than thirty years, focused on hunger, child and maternal health, education, environmental protection, and numerous socially beneficial efforts. Her projects have been supported in the past by the White House, members of Congress, and local governments and agencies. Her public service campaigns have been honored by Women in Film Nell Shipman Awards, Addy Awards, Telly Awards, The New York Festivals, London International Advertising Awards, Global Awards, and others. In recent years, her primary focus has been on issues of global sustainability and ensuring basic needs, rights, and protection for all children. This is the author’s first novel. She lives with her husband in Seattle.

““A harrowing read, and it should be . . . enlightening . . . A disturbing and illuminating tale.””
– Kirkus Reviews 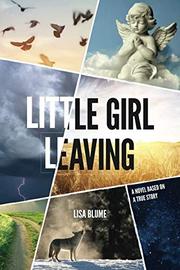 A debut novel offers the first-person point of view of a young girl abused and assaulted by her family.

To outsiders, Deidi might seem like a normal, quiet little girl. Her family places presents around the tree at Christmas and shares loving moments. But what Deidi has been through by the time she’s 7 years old is a litany of horrors. As this book starts, her family is about to move from a rural community to a bigger city in Washington state. She is packing up her belongings and remembering the last four years of her life, starting from 1968. Her first memory is her third birthday party, surrounded by her mom and dad; her brother, Matty; her grandparents; and her great-grandparents. It’s a joyful recollection, but there are linguistic clues that things will change. Deidi describes her father, revealing, “Mommy says he’s handsome if she’s happy.” Readers learn that Matty has violent tendencies when he kills a kitten for fun. Then they see Deidi’s father enter her room late at night. When he strips her, she thinks she’s going to be spanked. Instead, her father molests her, the first of many instances detailed in the story. Deidi’s mother covers for him, even making the girl feel responsible for his actions at times. She tells Deidi she can never tell anyone about the things her father and brother do or they’ll be taken away. Deidi doesn’t understand her predicament—she’s knows she’s been bad because of how the adults react, but she can’t figure out what she’s done wrong. The abuse is a family epidemic. Deidi’s grandfather and uncle molest her, and her father lets his friends sexually abuse her and Matty. By age 7, she has a hard time distinguishing between reality and the place she goes when life gets too painful. This novel, “based on a true story,” is a harrowing read, and it should be. Blume captures Deidi’s innocence beautifully: how she tries to be good; the inviting fantasies she wishes were reality. The terrible things she endures stand out that much more for it. The author, who works as a producer of public service media and research projects, says she hopes the book “will help adults to experience life as a very young child who needs them does.” This enlightening work skillfully does that and more.

A disturbing and illuminating tale about sexual abuse.