Lisa Trow is a poet and fiction writer and a former journalist who covered Texas prisons and Texas Death Row. She has a master's degree in creative writing from Oklahoma State University and has served as adjunct faculty teaching creative writing in Texas prisons. Trow was an editor at the Austin American-Statesman and managing editor of The Huntsville Item. She has a daughter, Katie Trow Samuels. Both live in Huntsville, Texas.

“... a page-turner with as much grit as the Texas countryside.”
– Kirkus Reviews 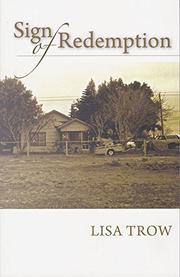 In Trow’s unsettling debut, a morally ambiguous man discovers that the straight and narrow is a rocky road at best.

Richard C. Harrison is an innocent man, an ex-CPA, serving a 20-year sentence in an East Texas “prison farm” because he happened to be at the wrong place at the wrong time—an unwitting accomplice to an armed robbery executed by his half brother, Pete. Life drifts along aimlessly until Harrison meets the gorgeous Elizabeth McKenna, an attorney who has been assigned a fellow prisoner’s case. Even if the talented lawyer visits the compound only once, she haunts Harrison’s every waking minute and more importantly, gives him a renewed purpose. Escaping from prison, he lands in the warm embrace of a drug-dealing family and changes his name to Joe Travis. While serving as the drug dealers’ gofer, the newly reinvented Travis plots a way to McKenna’s heart and home in Austin. Uncomfortably creepy? Certainly. For her part, McKenna alternates between fascination and fear of this poetry-spewing man who seems to harbor some decency under a very tortured exterior. Unfortunately, she gets sucked into the maelstrom of his increasingly unstable and dangerous moves until things go careening off the edge. Trow’s portrait of a train wreck of a man battling his baser impulses is as curiously mesmerizing as it is revolting. McKenna’s motivations also feel real and understandable, if not always commendable. Unfortunately, the supplemental characters who pepper the narrative—criminal Deep Eddy, drug dealer Early—stick out like cardboard cutouts serving only to move the story along. Also, the storyline can lurch abruptly, leaving some subplots unresolved. Finally, Harrison’s conveniently flawed memory is a construct a little too neat to be wholly believable. Still, it’s no mean feat to write a compelling novel based on characters who are difficult to like, yet Trow more or less pulls it off.

Despite a few stumbling blocks, a page-turner with as much grit as the Texas countryside.