Lois Farfel Stark is an Emmy Award-winning producer, documentary filmmaker, and author of The Telling Image: Shapes of Changing Times. During her distinguished career she produced and wrote over forty documentaries on architecture, medical research, wilderness protection, artists, and social issues. With NBC News, she covered Abu Dhabi’s catapult to the 20th century, the British withdrawal from the Persian Gulf, Cuba ten years after their revolution, the Israeli Air Force in the Six Day War, Northern Ireland during its time of religious conflict, and Liberia’s social split. Along with an Emmy, Lois is also the recipient of two CINE Gold awards, two Gold Awards from the International Film Festival of the Americas, the Matrix Award from Women In Communications, the American Bar Association Silver Gavel Award, and the Silver Award from the Texas Broadcasting Association. In civic life she has served as trustee or director of Sarah Lawrence College, the Alley Theatre, Texas Children’s Hospital, St. John’s School, the Harry Ransom Center, Federal Reserve Board of Dallas Small Business Committee, Texas Commission on the Arts, Humanities Texas, the Joseph Campbell Foundation, and Harvard Kennedy School Women’s Leadership Board. She was elected to the American Leadership Forum, the Center for Houston’s Future, and the Philosophical Society of Texas. She graduated Sarah Lawrence College and has two Master of Art degrees, in Education and Communication.

“In this lavishly illustrated coffee-table tome, Stark, a documentary filmmaker, pairs photos of highly patterned buildings, cities, tools, and diagrams with commentary on the zeitgeist that allegedly birthed them.”
– Kirkus Reviews 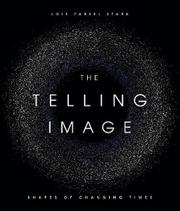 The physical contours of technology, architecture, and settlement intertwine with humanity’s understanding of society and the universe, according to this debut photo essay.

In this lavishly illustrated coffee-table tome, Stark, a documentary filmmaker, pairs photos of highly patterned buildings, cities, tools, and diagrams with commentary on the zeitgeist that allegedly birthed them. She focuses on characteristic shapes that she feels epitomize stages of human culture. For hunter-gatherers, she contends, those shapes are circles and webs, as seen in photos of circular huts and villages, sand drawings by Australian Aborigines, and buxom fertility-goddess carvings, all symbolizing a worldview enmeshed in the rhythmic cycles of nature. Agricultural and industrial civilization, by contrast, shapes itself into triangles, ladders, and grids, as photographed in pyramids, skyscrapers, and right-angled urban street plans. These speak of a top-down, hierarchical order that separates heaven from earth, worships heroic male leadership, fixates on quantitative reasoning, and imagines history as progress rather than a cycle. Stark argues that humanity is now entering a new era rooted in two novel guiding shapes: the helix, which she considers a blueprint for adaptive change because it coils about a directional axis and is associated with DNA and evolution, and the network, because the internet is everywhere. (She further conjectures that the torus—the Platonic form of the bagel—will be the shape of the future.) Stark’s photos, from bacterial colonies to galactic panoramas, are colorful and engrossing and sometimes prompt engaging meditations, as when she compares Stonehenge’s collegial circularity to a Cambridge cathedral’s hierarchical Christian verticality. But her morphological categories are more fuzzy metaphor than sound history. (Helixes, for example—screws, springs, spiral stairs—have been around for centuries.) In treating shape as ideology, she seldom considers the practicalities that determine forms. (She shows how the row-and-column periodic table of the elements could be redrawn as a helix or a torus, without noting that those alternate versions are unreadable.) Stark’s analysis rarely yields more than vague truisms—“we shape our world, and then it shapes us”—and her critique of rectilinearity lapses into eco-mysticism: “The grid is growth gone wild…a cancer,” she intones, while celebrating curves as the essence of holism, peace, and sustainability. Still, dogmatic interpretations aside, the photos here nicely highlight the spatial inventiveness of humankind in every age. The tell is somewhat muddled, but the show is just fine.