At age six, M. Duda read his first book: Dr. Seuss's Green Eggs and Ham. By ten, he was being caught by his parents reading Call of the Wild or some other classic by the hall light. More often than not, he chose the library over recess--he couldn't help himself. After graduating college, Duda spent eleven years working as an electrical engineer--a profession which couldn't sate his literary wanderlust. He now consults for other companies and uses his knowledge of the physical sciences in his writing. Today Duda prefers the works of George R. R. Martin to Ivanhoe. He lives in Chicago with his wife, Laura, for whose patience during his artistic endeavors he's eternally grateful. 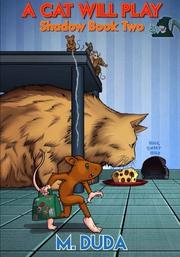 A Cat Will Play

A small, post-apocalyptic community summarily executes its weakest members in “CRDL.” A ghost meets her dead father and finally learns to let go in “Christmas Never Snows.” And in “Cosmo’s Tale,” a girl seeking more exciting friends realizes that sometimes the biggest changes need to come from inside, not from a new social group. The shortest of Duda’s three stories, “CRDL,” leaves a lasting impression; the acronym stands for “Care of the Reclaimed and Deceased Beloved” and represents a chilling process of composting noncontributing members of society in order to provide energy and resources for the survivors. There are overtones of Ursula K. Le Guin’s famous 1973 story “The Ones Who Walk Away from Omelas” here, but they’re inverted: those who seek to change or leave the society inevitably end up joining the others in death. The second tale features two sets of parents and children—Miss Leal, a ghost whose late father, Flit, attempts to convince her to move on; and a new trio: Tim, who committed a crime for Samantha, the abusive mother of a crippled daughter. When the daughter inadvertently breaks three dolls that are important to Miss Leal, Flit is able to finally get through to his child. The parallels between the two broken families never quite gel, though the idea that the ghosts can find healing and wholeness implies hope for the living. The majority of the book is comprised of “Cosmo’s Tale,” the story of Esther, an eighth-grader who wants more from her life than just following the rules. She’s selected Trish, a marijuana-smoking rebel, to be her new friend and recruits her for a school charity. When Trish takes the money for the fundraiser, leading to tragedy, Esther becomes an outcast, and it’s only through thoroughly messing up a potential friendship with another girl that she realizes that there are more important things than one’s reputation. Esther’s growth comes off as genuine, and her development from being a self-centered person to one who can reach out to others is well-drawn.

A Cat Will Play Book Trailer

A darkly disturbing book of adult bedtime fables, Bedtime for Seneca offers five separate glimpses into worlds hidden just out of sight, ranging from the seemingly mundane to the fantastical.
Published: April 27, 2015
ISBN: 0986364703