Madeleyn Questman studied psychology at the University of California, Los Angeles, and went on to receive a PhD in personality and social theory. Her research focused primarily on individual interactions, and the social constructs that people use as the basis for forming relationships. She began her career as an adjunct instructor, while also designing psychological assessment programs for psychopharmaceutical clinical trials, and eventually moving on to medical device development and biopharmaceuticals.

Madeleyn returned to teaching, becoming a lecturer at California State University, Northridge, where she developed an interactive website to allow her students to access course information, notes and lectures, syllabi, and supplemental resources. She also began to post her own writings, beginning with short stories and poems, and encouraging her students to contribute as well.

At the encouragement of her students and colleagues, and her family, Madeleyn began working on a number of lengthier stories and essays, but found herself frustrated with the methods of traditional publication. She designed her own website and began posting her work online, while conducting a systematic study of the process of successful independent publishing. She read a large number of independently published romance novels, but found them lacking in depth and character development, and so she decided to write one of her own.

With Mexican, German, and Jewish influences as her heritage, she realized that she had something in common with almost everyone she met. She has been most profoundly influenced by her older brother, who readily shared his appreciation of art, literature, travel and music with her, beginning when she was a toddler. Together, they’ve traveled all over the globe and had fascinating adventures and experiences.

“A provocative thesis that develops into a riveting dissertation on true love.”
– Kirkus Reviews 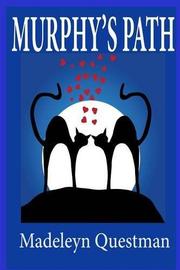 In this love story, a chance encounter brings two doctoral candidates together just as they’re about to make the dumbest mistakes of their lives.

Patrick Murphy was considering becoming a priest when an awkward encounter with a so-called friend changed the course of his career. Now he’s engaged to Bianca Alfaro, a manipulative and demanding princess who is determined to drag him down the aisle at any cost. Their relationship devolves in both hilarious and heartbreaking ways as Patrick discovers that the way to his heart is through his head when he meets his intellectual match. Hero Delphinia Fairchild is working as an advice columnist while pursuing her doctorate in psychology when she and Patrick are paired on a class assignment. That the heroine of the story is named Hero is the first of many literary allusions and jokes about romance novels. Although the characters quote Wordsworth and visit museums, they’re not sensible enough to listen to their hearts. Scandal, misunderstandings, and bad decisions ensue as Patrick fights his lust for Hero while she grows dangerously attached to her needy boyfriend, Kamal. But Hero happily indulges Patrick’s wanderlust as they tour California, England, Spain, and Morocco while Bianca and Kamal jealously wait for them to call home. Throughout Questman’s (The Misadventures of Double Dog Darrenger & Gappy Jack Daniels, 2016) novel, the multilingual characters have lively snippets of conversations in Gaelic, Spanish, French, and, Arabic, with translations provided in a glossary at the end of the absorbing book. A variety of topics, including literature, opera, religion, psychology, history, and the couple’s mutual love for cats, makes their conversations all the more enjoyable, especially when shared with memorable minor characters like Hero’s artist mother, Lorena, and her protective brother, Dante. Although they are initially set up as adversaries, Hero and Patrick discover early on that they have more in common with each other than with their current partners, and this inspires them to actively pursue what they truly want instead of living to please others.

A provocative thesis that develops into a riveting dissertation on true love.

I was born in Los Angeles, California - but I prefer the cooler climate of the Pacific Northwest.

Two writers I turn to repeatedly: Thomas Hardy for the classics, and Emma Donoghue for the modern tales.

I have shelves of favorites - although 'The Ladies of Missalonghi' is probably my first choice.

Looking for the good in the world.