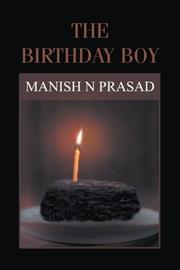 On the opening page of this debut novella, a friend tells the narrator, Ravi, “There are some dates which, no matter how hard you try, the heart and mind never forget.” Though the statement seems true enough on the surface, what exactly does he mean? For Ravi’s friend Shalvin Chand, the date he has in mind is Jan. 28, the day he met Angeline Mala at school. Some years later, on that same date, Shalvin introduces Angeline to his parents. Even later, “on that very date, in a posh wedding ceremony somewhere in a posh Auckland hall, Miss Angeline Mala tied the knot and became Mrs. Naveen Agnihorti.” As for Ravi, “Dates of fate, I later learnt…come in two categories—one that you can remember, the other that you can’t forget.” So the reader follows along with Ravi to try to decipher what exactly he means by such a comment. There are his experiences in school, marked by teachers like Mr. Khan, whose clumsiness with English produces some interesting phrases (giving an example of a management team investigating its workers, he asks: “Are they doing sleeping?”), and friends like his eventual flat mate Karan Chaudhry. Karan, who invites Ravi to a party with the lure of an excellent chocolate cake, will illustrate for both the narrator and the reader the enduring importance of chronology. Exceedingly brisk at under 50 pages, the story moves at a pace that is both casual and concise, managing even to explore the more philosophical aspects of accounting without becoming dull. After all, is it true that “two different accountants working on the same trial balance will arrive at the same set of accounts”? The answer Prasad supplies may not be as obvious as the layman might think. And while the novella’s eventual conclusion may be too on the nose for some modern readers, the journey there remains effectively mysterious. Why is Ravi so interested in the chocolate cake, even bothering to tell the reader, “Chocolate cake is not about sweetness—it’s about chocolateness”? Certainly the curious should be eager to find out.

Though the ending may be too tidy, this tale about chronology proves to be as novel as it is brief.