Marc David Veldt has spent more than thirty-five years as an operating room physician. He has always been fascinated by the contrast between the medical profession's public face and its private culture. Unfortunate Behavior is a follow-up to his first thriller, Unfortunate Event. 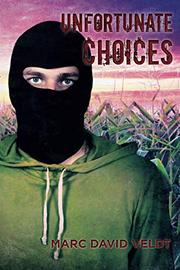 A drug running Iowa family expands its operation and pays the ultimate price in this third volume of a series.

Veteran operating-room physician and author Veldt (Unfortunate Behavior, 2017, etc.) continues his suspenseful series featuring anesthesiologist Dr. Jack Andrews with this entry that begins with an unexpected shootout between Omaha Sgt. Mike Weber and two mystery men. Meanwhile, after years struggling to make ends meet supporting a wife and four children, local Iowa farmer Bill Daniels finally gets to enjoy a new barn on his family property thanks to trafficking marijuana and methamphetamines. Now nearing 60 years old, Daniels wants out of the business, but his sons Junior, Steve, and Chris have become intoxicated by the thought of making more money on their own by transporting fentanyl to Omaha, and they unceremoniously encourage their father to retire. The author seamlessly ties the opening gunfight to the main plot and identifies one of the dead men shot by Weber as Daniels’ drug running son Steve. The surviving brothers vow revenge and hatch a plan to murder Weber, settle the score, and solidify their hardcore reputation in the urban drug trade. Enter local anesthesiologist, personal ethics crusader, one-man equalizer, and series standard Andrews, who is infuriated by the attempt on the sergeant’s life and promises to avenge the ordeal and bring the offenders to justice. As is typically the case with Andrews, balancing his clinical work at a teaching hospital and efforts to investigate a crime keep him intensely busy, especially since Weber, whom he’s had interactions with, winds up as a patient at his workplace. In this rousing installment, the Daniels clan and its narcotics operation get a boost from second cousin Alex, who joins the brothers in their enterprise. The sergeant then receives a dire diagnosis from doctors, who say the bullet that grazed his hip could spell the end of his active police work. Leads are scarce in the shooting case as the Daniels brothers zero in on Weber’s address and plan a sniper stakeout to kill the sergeant, but Chris ends up injuring his family instead. Veldt writes in spare prose devoid of expository details, exposing the crime and its consequences on both sides of the law. But this particular quality winds up being a double-edged sword. While the story is told with a swift, unfettered sense of urgency and the villains are depicted as supremely nasty, cutthroat, and vindictive, the lack of backstory on any player, good or bad, leaves the characters disappointingly one-dimensional and without internal motivations. If readers can sidestep the relatively superficial character development, the action remains relentless, and the criminals, who’ve become embroiled in a cat-and-mouse game involving the police, Andrews, and a dogged member of the press, demonstrate enough violent brutality and vengeful bloodthirst to meet the good guys toe to toe.

The ever tenacious, controversial, and quite charming vigilante Dr. Jack Andrews proves his worth once again in this work of suspenseful crime fiction. 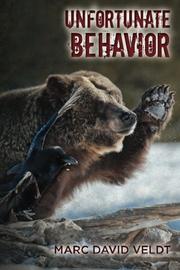 A medical professional with a penchant for score settling discovers another opportunity for vengeance.

Veldt’s (Unfortunate Event, 2015) sophomore effort returns to the scene of his debut medical chiller and, again, centers around middle-aged anesthesiologist Dr. Jack Andrews, who had previously been the target of a medical malpractice and a homicide lawsuit. He’s also suffering the ire of an embittered ex-wife. Now, even after serving a three-year humanitarian medical missionary term in Africa, Andrews remains disillusioned and yearns to exist just under the radar of suspicious law enforcement and his ex. Back in Omaha, still craving freedom and detachment, he enrolls as a traveling anesthesiologist and is immediately assigned to a hospital in Alaska, where he bonds with co-workers in his ward through a masterfully detailed hunting trip. Meanwhile, Kevin “Kenai” Hartly, a local successful car dealer, finds himself in hot water after killing one driver and seriously injuring another in a hit-and-run drunken driving ordeal. Veldt’s tightly woven yarn shifts into high gear once Hartly begins to show his obnoxious true colors. Not willing to risk the imprisonment of his irresponsible, arrogant son on a vehicular homicide charge, the man’s high-powered father, together with a corrupt attorney, plots to manipulate the court system to clear the guilty party. Hartly’s ruthless intimidation of the grieving family in front of Andrews enrages him, and, under the guise of taking one final deer-hunting trip before departing Alaska permanently, he calculatedly takes matters into his own hands. Both installments of this continuing saga work well together, though readers may be left wanting more page length and plot. Still, for suspense fans looking for a breezy yet exhilarating slice of crime and punishment, Veldt keeps the action crackling and the narrative tight—with just enough heroes and villains to keep the embers smoldering. 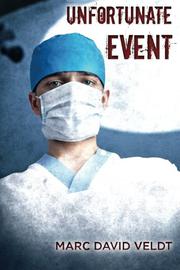 A troubled physician becomes the scapegoat for a nefarious exploitation plot.

This debut medical thriller opens with the revenge murder of attorney Carl Hafen, with the events leading up to that homicide forming the thrust of the story. Jack Andrews, a 40-year-old longtime anesthesiologist, becomes inexplicably embroiled in a wrongful death lawsuit and a pawn in a larger scheme to frame him for malpractice. Andrews’ personal life has seen better days: his marriage to wife Kate, a relentlessly manipulative bully, has soured despite two daughters whom he adores. A regular at the local shooting range, he finds his escape with target practice and big game hunting. Things go from bad to worse when, after a routine stomach surgery, a patient dies under Andrews’ postoperative care. Despite multiple attempts at life-preserving medical intervention, Andrews is pegged as the negligent physician by his contemporaries. A malpractice suit ensues, spearheaded by Hafen, who takes advantage of the doctor’s interpersonal vulnerability and good nature and skewers him during a deposition. Trouble mounts further when Andrews’ wife files for divorce, seeking primary custody of their daughters, and he loses the malpractice trial and must pay substantial monetary damages. In a dramatic turn of events, Andrews becomes bent on revenge. An unhinged man with a now-destroyed reputation, he angrily morphs into a vigilante for justice and begins viciously and systematically stalking and targeting those who conspired against him in the trial in a calculated display of retribution. Veldt, a veteran operating room physician, exhibits a grand command of clinical terminology and hospital protocol (“Morbidity and mortality conferences are a universal exercise in all medical centers. These rounds feature frank discussions concerning what caused, or is thought to have caused, a particular patient’s poor results”). This sets the stage for an impressively written, fast-paced, graphically depicted hospital melodrama. His deft narrative includes the dogged sleuthing of a seasoned homicide detective seeking to stop Andrews. The investigator searches for hard evidence against a slick hero who declares himself merely “a product of the system.”

A cleverly crafted, suspenseful yarn built around the volatile nature of medicine and malfeasance.