Margaret Kasimatis is a published author of short stories, poetry, and novels. A clinical psychologist and university professor by day, Kasimatis write novels focusing on complicated characters and the symbols that sneak into everyday life. Her prior day job, raising three children (grown and scattered from San Francisco to NYC to London), informs her insights into young adults and the life-changing choices they make. When on hiatus from teaching or writing, she is busy traveling, collecting rescue dogs, and indulging her addiction to perennial flowers.

“Insightful about self-harm, addiction, and patterns that bind.”
– Kirkus Reviews 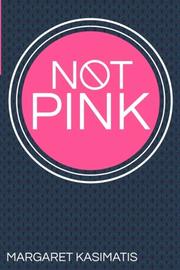 A woman struggling with addiction and self-cutting confronts her past choices and comes to new understandings in Kasimatis’ debut novel.

It’s 1963, and 10-year-old Mary Therese Panos—called Mae—is being sent to St. Mary’s boarding school, an hour from her Chicago home. Her Uncle Nick is paying for it to help out Mae’s mother, a struggling widow. As the novel goes forward and backward in time, Mae’s experience of being forced into a situation not of her choosing becomes a pattern in her life. By 1970, Mae, now 17, is a senior at St. Mary’s and defiant, sneaking joints and falling in love with Jack. She wants to marry soon, but Uncle Nick says no, and Jack suggests waiting two years. Enraged, Mae breaks off the engagement. In early 1971, Mae has become reckless enough to get wasted at a party and have sex that she doesn’t remember with a boy she’s just met, Joe “Tommy” Thomasini. When she gets pregnant, she’s urged to have the baby adopted, but Tommy puts aside his Notre Dame scholarship to study engineering for a quick wedding and a hardware-store job. By 1979, Mae keeps a tidy house and loves her daughter, Kristy, though she resents Tommy’s long hours and resists his enthusiasm about moving to a better neighborhood. When he surprises her by buying a new house, Mae again feels outmaneuvered and falls into a cycle of substance abuse, depression, and self-harm. But a moment of grace in her downward spiral could be the key to accepting the help she needs. In her novel, Kasimatis brings an observant eye to the threads in Mae’s personality and history that contribute to her challenges. Although the first chapter is somewhat overwritten, the book generally portrays Mae’s anguished point of view delicately while also showing its limitations, such as self-pity and a lack of appreciation for how others have also faced reduced choices. The novel builds nicely toward Christmas and Mae’s humiliating public meltdown, followed by an illuminating aftermath—occurring, as the chapter title slyly points out, just before Epiphany.

Insightful about self-harm, addiction, and patterns that bind.

Chicago despite 30+ years in Wisconsin

"Happy families are all alike; every unhappy family is unhappy in its own way."