Margaret Morris was born in Danville, Virginia, one of twins, and moved to Aberdeen, NC at an early age, where she and her twin grew up among the long-needle pines. As an adolescent, she spent hours on horseback exploring the surrounding forests, during which time, the story of Ajlek blossomed inside her head.

Her family moved to Wilson, NC during her high school years, where she met the man she would marry. After graduating from East Carolina University with a degree in music in 1965, she moved with her husband, a NASA Engineer, to the Hampton Roads area of Virginia to teach music in the public schools. Currently, they live in Yorktown, VA

Together, she and her husband raised two children and several dogs. They became interested in bicycling and toured with their children around Virginia and North Carolina, completing the 650 mile Virginia Loop in sixteen days with their children, ages 9 and 10 years old at the time. They were also instrumental in starting a Montessori school in the area.

After leaving the classroom as a music teacher, Margaret worked as the school division's webmaster before retiring in 2006. She continues to write, and her next novel, Kahyani, the second of the Ajlek trilogy, will be published in early summer, 2016. A third and final book, "Mjoika" will complete the Ajlek trilogy.

In addition to writing, Margaret still enjoys music and is an avid photographer. She currently paints portraits in oils and has had paintings accepted into juried art shows. She has received recognition for her work. 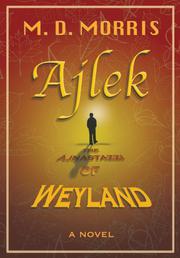 In this debut fantasy thriller, a tightknit community faces militants hunting for a gifted teenager.

Sixteen years ago, Dr. Bill Stedman found a baby boy abandoned in a ravine of the Ojberdine-Haijlan Mountains. Unbeknown to the doctor, the child belonged to the Dajhanin, a nation of peaceful horsemen thriving in the mountain territory. A special gland helps the males of that tribe to read emotions and, if upset, control minds. Now, Bill and his adopted teenage son, Ajlek, have reunited with their old friends the Winsteads. It isn’t a time for celebration, however—Bill and Ajlek were living in the town of Cameron, where Dajhanin are not considered human. The doctor rescued his son from being tortured by a violent cabal, and they’ve arrived in the more tolerant community of Weyland to recuperate. Ajlek, whose soulful blue eyes and outgoing nature enrapture (almost) everyone he meets, fits in alongside his childhood friend Celeste Winstead at school. With Dr. Roger Winstead’s help, Bill begins working at Weyland General Hospital. Eventually, Bill and Ajlek restart their lives and begin planning for the future. And yet, menacing strangers lurk in the shadows. Once Ajlek learns that he is no ordinary Dajhanin, he finds that nobody he loves is safe from those who had captured him once before. Morris adds merely a pinch of psychic ability to her family saga and then follows the tension as it ripples through her small-town cast. Though Ajlek—who doesn't eat meat and can’t lie—sometimes appears all too saintly, his definition of love is perfect when he says it “is more than a feeling. It’s a deep personal resonance that...responds in sympathy to other people.” Morris takes her time developing meaningful moments and characters, like Mr. Wilson, a grocer who hires Ajlek to help him buy a Christmas gift. By the time several twists lead Ajlek to confront a conspiracy, he has the moral authority to step into a role out of a Dajhanin legend. Though the story is sometimes graphic, Morris offers a significant, wholesome epic.

A sprawling, substantial tale for fans of grounded, emotional fantasy.

After six years of peaceful relations with the people of civilization, trouble starts again. At first, it seems to be little more than random thrill-seekers climbing into Dajhanin territory to create mischief. Ajlek soon discovers that the problem goes far deeper than that. The trail leads all way to the highest levels of the civilized government and involves people capable of ordering an all-out attack on the Dajhanin. To stop what’s happening, Ajlek must go against the wishes of the Dajhanin and travel to the heart of the nation’s capital where he’s most vulnerable, and where, if things go wrong, he could disappear forever.