Born and raised in Barbados, and with parents passionate about books, Margaret too became a passionate reader, already immersed in romance novels, Toni Morrison, John Steinbeck, Stephen King, National Geographic, poetry and more before she turned sixteen. Her career as a medical doctor veered course when she married and took to the skies, living in nine countries over a decade and a half, becoming fluent in a couple more languages along the way. She wrote her debut novel (The Nude, 2011) on sheer impulse, and writing burgeoned into a fascinating new lover. The Nude earned her Kirkus recognition and USAToday.com attention. She then wrote her second novel (Nathaniel Myer 2014) and has decided that there will be as many novels as life affords her the privilege of writing.

“An addictive revenge novel with guts and heart.”
– Kirkus Reviews 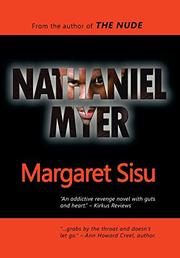 In Sisu’s (The Nude, 2011) unconventional tale of vengeance and redemption, after a vicious gang attacks his well-to-do, suburban family, a father abandons his previously comfortable lifestyle in pursuit of the reckless culprits.

After a decade of marriage, computer programmer Nathaniel Myer is facing a midlife crisis. The novel begins with a typical afternoon car ride through the suburbs of Miami with his wife, Lauren, and son, Li’l J. At a stoplight, Nate compliments a souped-up Mercury Marquis. Its four occupants are appreciative but suspicious. Later that day, Nate wakes up from a nap to find that his wife and son are being taken hostage by four masked men. While Nate tries to negotiate, it becomes clear that these thugs want to be paid in blood: a notch on the belt to add to their street cred. Left for dead by the masked men, Nate manages to survive, though his wife is dead, and his son is in critical condition. After months of little progress from the police, the foreclosure of his home, the loss of his job and growing distrust of his associates, Nate becomes a vagrant with one motive: track down the men from the Marquis, the same men who tore his family apart. In Nate’s quest for payback, he makes his fair share of friends and enemies. Though there’s betrayal, sex and violence, this isn’t a typical murder mystery. Sisu artfully keeps readers informed while sustaining heavy suspense as the story unfolds. Several chapters are told from a gang member’s third-person perspective as well as from the perspective of another gang member’s lover, giving clues that expose the dynamics of the ruthless gang. With relatable, compassionate but extremely flawed characters, the relationships are complex. There’s also a consistent flow of playful, quip-heavy dialogue, one of the author’s strongest suits.

An addictive revenge novel with guts and heart. 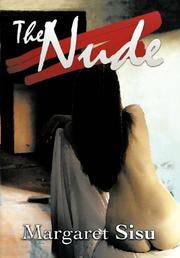 When the secrets behind an intriguing nude portrait trickle out into the open, a photographer and her artist lover must grapple with the fallout in Sisu’s masterful debut.

Photographer Gwen Mason has just opened up her own studio in Miami and hopes to find her niche in the trendy city. Though she lives with her divorcee mother and doesn’t think she’s interested in a relationship, meeting upcoming artist Adam Straker changes all that. Adam’s paintings are causing quite a stir in the art world, and Gwen knows she’s found something special. He might be 20 years her senior, but that doesn’t stop the couple from embarking on a passionate affair. Yet one of Adam’s paintings arouses Gwen’s curiosity like no other; it’s a striking portrait of a nude woman, one Adam keeps hidden and pointedly refuses to discuss. When Adam has the chance to land a spot in a prestigious New York City gallery, Gwen believes the painting will secure his place, and she shows “The Nude” to Adam’s manager without Adam’s knowledge. Though the painting clinches the New York deal, it starts an explosive chain reaction for Adam and Gwen. In the coming weeks, decades-old secrets of destroyed lives and loves, of tragedy and revenge, of greed and madness, are revealed at a cost no one could have foreseen. Sisu nicely ramps up the suspense with her excellent pacing, while her vibrant depiction of the art world breathes energy and authenticity into the narrative. Gwen and Adam’s stormy relationship rings true, though delving into Adam’s point of view earlier would have delivered a more well-balanced story. Gwen’s feistiness and sometimes bad choices make her sympathetic and fully human, and readers will root for her to discover her past and keep her man. But it is Sisu’s analysis of the creative process that forms the heart of this novel; she explores the artistic mentality in all its bizarre and often-misunderstood facets and digs deep into the dark underbelly of creative genius and its unintended consequences.    An enthralling first novel.