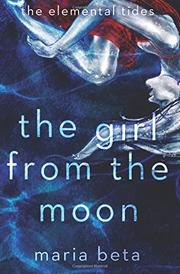 THE GIRL FROM THE MOON

In this debut near-future novel, a young woman faces difficult choices after discovering she can change her elemental makeup.

A series of ecological disasters and the resulting Technological War have greatly reshaped Earth geologically and politically, even extending humanity into colonies on the planet Europa. Some decades ago on Europa, Steban Weelah and his colleagues discovered a silicate that helped to solve the ozone layer problem, which makes him the world’s most famous scientist. Steban returned to Earth nine years ago with his wife and two stepdaughters, Victoria and Catherine, called Cate. The privileged young women have bright futures: Victoria, 23, engaged to a senator, is studying political science while Cate, 17, is still choosing a college. But those destinies are challenged when, during a high-speed auto accident, Cate suddenly displays superhuman strength, pulling doors off the car and stopping two powerful Hercules robots from interfering. A gossip satellite got it all on camera, and the media are calling Cate an “Angel from Hell.” She’s held without charges; it may all have something to do with Cate’s increasing ability to transform into a silvery, metallic yet flexible being. Victoria, too, can change, golden to Cate’s silver, raising questions about her parentage. The mysterious Juveo Rogers—coppery—explains more; the sisters and others like them are “Alliafied,” which “is about the components that our shell can absorb, and it is also what we can do with them.” As politicians jockey for power on the global stage, the sisters try to get on with their lives, but another huge revelation is in store: Aliens are making their presence on Earth known at last. Chief among these is Kanio, an Alliafied citizen of Phelio; the Phelaries aim to restore Earth to the “Universal Equilibrium.” Cate becomes close to Kanio, a friendship that changes several plans, including her own. In this elaborate sci-fi series opener, Beta writes a story bristling with worldbuilding and intriguing concepts and technology (“The new-model robots resembled a classic Greek sculpture, but they only feigned it; the Hercules was the deadliest machine on Earth”). But the author’s presentation can sometimes be hard to follow. She introduces new vocabulary words and other facts without explaining them; sometimes she circles back later, but keeping this all in mind will likely become tasking for readers. For example, Kanio asks Juveo whether Cate is like himself: “Yes, but from a different Genyi.” The sisters “ ‘are both Larios. Air,’ Juveo responded. Kanio was a Thendor, and his symbol was solid earth. Juveo was a Balio, water.” “Genyi” is never defined, and new words for air, earth, and water are a lot to take in. Meanwhile, “Phima” for fire comes 40 pages later and, also confusingly, Kanio is eventually described as half Thendor, half Phima. But none of these distinctions seem especially important so why emphasize them? The author’s characterization is thin as well; if you take away the alien trappings, Cate seems like any young woman veering into dramatics about her crush (“She could barely breathe” when Kanio leaves after she rejects his offer).

An assortment of engaging ideas in an ambitious but sometimes perplexing sci-fi story.