Marian Sepulveda began writing when she was in the seventh grade with stories shared with family and friends. Eventually this developed into a love of early California history and a collection of rare materials giving her great insights into the time period. The story Where Eagles Dance was a work over twenty years in the making, definitely a work of love about a young girl named Abby who grows up in an Indian village, becomes a medicine woman, and fights to help her people. An episode about the Butterfield Overland Mail is taken from the actual writings of a reporter on that first run from Missouri to San Francisco. And a love develops between Abby and John Jay Butterfield. And, in the rest of the country, things are heating up for the Civil War. Little has been written about California's reaction to those events. It's been interesting to show feelings there. Following the gold rush, there are people from all over the country, Northerners, Southerners, and, of course, the treatment of the Native Americans forms the basis of the story. Once the book was published I began hearing two great comments from readers. "I couldn't put it down." and "Your doing a sequel aren't you." So I did. Eagle Woman is now available. Come along to Early California. But hold on tight. It's going to get bumpy.

“An engrossing tale about a spunky heroine caught between two worlds in the Old West.”
– Kirkus Reviews 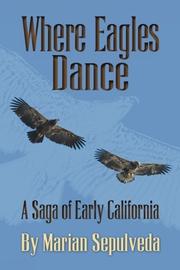 A white orphan girl finds refuge with a Native American tribe in 1850s California in this debut historical novel.

On the very first page, redheaded 10-year-old Abigail Bristol is running for her life after a wagon-train attack by renegade Native Americans has killed most of the party, including her parents. She is found by members of the peaceful Kumeyaay tribe. They take her in and teach her their ways, knowing that she must eventually rejoin white society. This is an idyllic time, but, once past puberty, she must make a choice between Night Wolf, a Yuma warrior, and Jim Cassidy, who comes looking for a wife. She selects Cassidy and the white world. Cassidy is a good man, but try as she might, Abby does not love him. Enter the Butterfield Overland Mail in the person of John Butterfield’s son, John Jay. Readers know immediately that John Jay and Abby are meant for each other. Cassidy is conveniently killed in a raid on the Butterfield Overland station, but the path of true love is tortuous, involving Abby’s rescue by Night Wolf; the depredations of a smooth and despicable man named Everett Drayton; the serendipitous finding of Danny, an orphaned street urchin; the return, time and again, of Abby’s sinister Uncle Jacob; and several other complications. And then there’s Abby’s championing of the horribly mistreated Kumeyaay. A not-very-subtle subtext is the tension between white and Native American societies and the murderous prejudices that abound. Sepulveda’s novel, clearly a labor of love, nicely blends fact and fiction in mid-19th-century California and includes a plucky heroine and a couple of hunky heroes. The book, though long— more than 450 pages—is an easy read because, for the most part, readers see the action through the eyes of Abby (an exception is the section with John Jay and the first Butterfield Overland run). Chapters segue smoothly. And the author has created an admirable—and believable—character in Abby, grappling with two worlds and sympathetic to the Native Americans when most whites consider them subhuman. Other historical details are arresting, as when John Jay lovingly describes the work that goes into an Abbott and Downing stagecoach. The fate of the Kumeyaay tribe is appalling, though Abby, John Jay, and others do much to make amends. But the book is not without flaws. John Jay and Night Wolf are both described in terms that befit bodice-rippers, as when the former’s torso is shown “rippling with muscles that made” Abby’s mouth “go dry.” Often, too, when Abby gets into a situation where escape seems impossible, someone—Night Wolf, John Jay, Danny—shows up right on time to rescue her. Similarly, John Jay just happens to be there when Drayton’s thugs capture Danny. There is a lot of dei ex machina going on here. Of special note: Uncle Jacob, a truly dangerous religious fanatic, improbably becomes a completely changed man when his mousy wife dresses him down. But on balance, this is an admirable debut and worth reading—worth, in fact, getting lost in.

An engrossing tale about a spunky heroine caught between two worlds in the Old West.

All was right in her world.

Animal handler at the zoo

Animals, hiking, reading, and most of all writing.

Desert World - Romance and Intrigue at the Zoo

Celia March is a jack-of-all trades at a small tourist attraction, Desert World, coming here to heal after two broken engagements. Among the animals she keeps at her home are two mountain lion kittens and an injured but mischievous raven, who keeps things lively. Celia suddenly finds herself and her former fiancé, a world famous photo journalist who had been held captive in Lebanon for over a year. He is now being pursued by men who do not want Sherman to publish a book about his captivity. By the way, this story takes place in a desert that is famous for its golf courses, so don't forget to bring your clubs.
Published: July 15, 2016
ISBN: none - ebook only

The year is 1876. A fateful one in the history of the indigenous tribes. The saga continues from the novel Where Eagles Dance, though this story also stands alone. For Abby, it will take all her medicine powers to save her people and combat the threat to her family. Enjoy the drama, the romance and a few lighthearted moments along the way.
Published: Oct. 15, 2017
ISBN: 9780692934562