A Brooklyn native and long time resident of Northampton and Eastham, Massachusetts, Marisa Labozzetta is the author of the novels: A Day in June; Sometimes It Snows in America; Stay With Me, Lella; linked short stories, Thieves Never Steal in the Rain; and story collection, At the Copa (all published by Guernica Editions). Her work has appeared in Don't Tell Mama: The Penguin Book of Italian American Writing, Show Me A Hero: Great Contemporary Stories About Sports, KnitLit, When I Am An Old Woman, I Shall Wear Purple, among other publications.

She has taught at Smith College, the University of Massachusetts, Greenfield Community College, and Kirtland Control Burn Seminar for Writing. She was guest editor for the special issue of the mdpi journal Religions, dedicated to Critics and Writers on Love, Loss, and the Supernatural. Thieves Never Steal in the Rain was an Eric Hoffer eBook award winner.

Inquiries about her books can be made to michaelmirolla@guernicaeditions.com

“...a comprehensive, compelling family portrait--a whole that's greater than the sum of its parts.”
– Kirkus Reviews 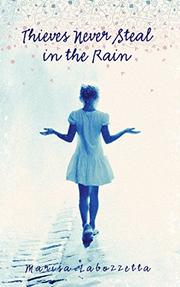 Thieves Never Steal in the Rain

A collection of short stories about the women in a tightknit family and the sometimes-supernatural difficulties they face.

The Ficola women are the protagonists of this newest work by Labozzetta (Sometimes It Snows in America, 2013, etc.), featuring 10 stories that each explore a different challenge of marriage or motherhood. Joanna struggles to save her marriage after the death of her child, while Rosemary struggles to save herself after the death of her marriage. Nancy faces family-related illness and adoption simultaneously, Barbara works to redefine herself after her children grow up and move out, and Angie searches for confidence in her own body. Labozzetta gives each character her own quirks (Joanna is artistic, Barbara is a hoarder, and so on), though at times it seems they all share one indistinct narrative voice. Still, the author successfully weaves a web of interlocking stories, with each woman moving in and out of the lives of her family members. The best stories are those that the author imbues with an unsettling sense of the supernatural. In “Villa Foresta,” for example, Joanna becomes convinced that an Italian peasant girl is the reincarnation of her daughter, while her empirical husband begins to worry for her mental condition. The scenario itself is intriguing, but it’s the conflict between grieving husband and wife that drives the story forward. “The Birthing Room” is another supernatural standout, in which the author turns the story of a mother with an empty nest into a classic poltergeist story. Both tales reflect Labozzetta’s greatest strength: taking common material—parenthood, adultery, illness—and adding something slightly uncanny. At the same time, the formula also reflects some of the author’s weaker points. For example, her premises are often stronger than her prose; her dialogue, in particular, occasionally feels unvaried and overly explanatory. Nonetheless, the characters maintain a strong, distinctly female voice throughout. They’re world-weary and wiser for it, and readers will want to enter that world. Most of the 10 stories could stand alone, but they gradually coalesce into a comprehensive, compelling family portrait—a whole that’s greater than the sum of the parts.

Warm, often engaging stories about the challenges of five women midway through their lives’ journeys. 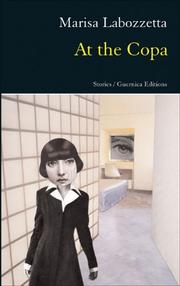 Emotional upheavals undermine the pedestrian routines of middle-age and senior characters in these engaging stories.

The primary fault zone is the seemingly stable, secretly unhappy middle-class marriage, often of Italian-American pedigree, seen from various views. In "When Michael is Away,” a new mother wonders if her orderly, dutiful husband is having an affair, and whether she even cares. A visit from a willowy blonde saleswoman prompts a wife to ponder her lesbian proclivities in "The Knife Lady.” The husband in "Future Games” encourages his wife to have an affair with another man to save their floundering marriage, and the resulting drama is parsed through the uncomprehending eyes of their young daughter. A dentist whose wife merely tolerates him seeks help from a faith-healing charlatan in "The Tooth Healer.” "Surprise” follows a woman’s decision to clean house while her professor husband is off camping–and throw out the marriage along with the rest of the clutter. In "After Victory,” an elderly woman gets a call from the man she almost married during World War II. A man evaluates his own collapsing, childless marriage in light of his parents’ sudden divorce announcement at his doted-upon brother’s birthday party in "Ticket to Ride.” And in the title story, a seamstress in a custom swimsuit shop delivers to a devastated wife dumped for a younger model the timeless advice that the way to a man’s heart is through his stomach. Labozzetta (Stay With Me, Lella, 1999) infuses her stories with a wry wit and a subtle, nuanced feel for the shifting emotional currents underlying seemingly placid lives.

Sometimes It Snows in America

Inspired by the true story of a Somali woman born into Somali royalty and Saudi Arabian wealth. She is given away in infancy and, at age 12, forced into an arranged marriage with a young American. Prejudice and cultural demands lead to a number of painful promises that dictate the course of her life on two continents. It is the account of an African woman's descent into an American hell, and finds its echo in the descent of her native Somalia into its own hell of violent desperation. It leaves the reader with the gifts of unsuspected connection and surprising hope.
Published: Dec. 1, 2012
ISBN: 978-1-55071-609-2

Stay With Me, Lella