Called a “roadmap to the soul” by the Philadelphia Review of Books, Mark Lyons’ collection of short stories, Brief Eulogies at Roadside Shrines (Wild River Books) invites readers into the tangled lives of unforgettable strangers. As complicated lovable characters face circumstances beyond their control, we hear their voices, enter their struggles, and watch them find a new perspective on the world.

A soldier returns from Iraq and meditates on the fate of the tumbler pigeon he left behind. A snake-handling preacher--cast out and lost on the highway--finds faith and redemption in a junkyard. A hitchhiker feasts on roadkill with a hobo on the Great Plains and discovers the Cosmos. A Mexican-American Border Patrol officer arrests a mojado--a wetback--who asks him a question that makes him confront his own history.

Praised by the Philadelphia Inquirer for creating worlds “rich enough to make novelists envious” Lyons is an award-winning author who has been nominated for two Pushcart Prizes.

Lyons is currently working on a memoir about his fourteenth year, the year his mother began her trips to the mental hospital, the year that brought his family to its knees. He is also completing an oral history of a fourteen year old girl who fled sexual violence and poverty in Guatemala, traveled through Mexico alone, was captured at the border by U.S. immigration agents, and has found a way to live the American Dream.

Lyons is director of the Philadelphia Storytelling Project, where he uses digital storytelling to work with teens, the immigrant community, and homeless veterans. Participants record their stories, mix them with music, and share them on CDs, the radio, webcasts, and public venues. He recently completed a project with immigrant youth who created dolls, recorded stories about their fears of their parents being deported, and implanted their recorded stories into the dolls to create talking StoryDolls. He produced a series of audio stories on homeless veterans for Project Home in collaboration with the photographer Harvey Finkle. He also does workshops with high school and university teachers on using oral histories to create conversations within and between communities, improve literacy, and give communities a voice.

“A gifted storyteller, Lyons has a wonderful ear for dialect...an engrossing collection giving ordinary people their due...”
– Kirkus Reviews 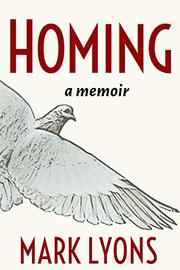 In this debut memoir, a writer revisits his youth, traveling a difficult path to forgiveness for the damage suffered dealing with his mother’s mental illness.

In the spring of 1957, Lyons was 14 years old. His life in Downey, California, just outside Los Angeles, was good. And then his world crashed. His mother, Phyllis, had her first mental breakdown. Until that point, he recalls Phyllis as being vivacious and popular, with a gift for the dramatic. She had a passion for literature, and she helped found the Downey Community Players. Their house had been frequently filled with an intellectual, artistic crowd. But Phyllis would spend the next 17 years in and out of psychiatric hospitals: “My mother disappeared down her own well. Many rescue attempts were made, as she was brought to the surface, then slipped back down into her private abyss. Every time she was pulled up, there seemed to be less of her.” Lyons describes his life at ages 14 and 15—which makes up the bulk of the retrospective—in vividly detailed, present-tense prose, bringing readers through the minutiae of a period filled with adolescent angst, sadness, fears for his future, and anger at his parents (his mother for disappearing and his father for catering to her relentless needs). Although he never specifies a diagnosis, her illness was manifested in deep depression and immobilizing fears. She also had a very disturbing sexual obsession with the author. In his complex memoir, some of the most poignant stories are about the homing pigeons he bred and trained for about four years. Jumping back and forth in time, Lyons connects his early adult difficulties in romantic relationships to the fear of abandonment developed during those crucial teenage years. Now in his 70s, a devoted husband and father, he writes: “I have learned to embrace my loneliness—or rather to embrace the boy who grew up lonely, the boy who in some ways I will always be.” The author has found peace, but pain and a sense of great loss permeate these pages.

A thoughtful, moving account of watching a loved one gradually fade into a private world. 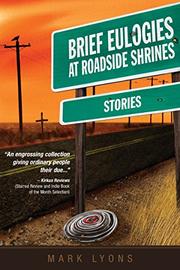 This collection of short stories cleverly exploits the idea of descansos, those impromptu roadside shrines that commemorate loss, calling to mind both those who have left and those who are left.

Lyons’ stories are bound together by the idea that people should leave something behind in their lives. Something should honor them, whether it is a literal marker, as in “The Tallest Totem Pole in the World,” or a figurative one, as in “Security Risk.” In “Aaron’s Auto Salvage and Restoration,” Preacher Aaron, dismissed by his congregation, winds up running a junkyard in Arkansas and erecting, over the years, a great cross decorated with hubcaps, mementos of wrecks on the highway. Then, in “Arnold’s Café,” there’s the memorial to a homeless fellow who was happy to share his roadkill cuisine with hungry strangers. In “Day of the Dead,” a Border Patrol agent helps a mojado (someone who has entered the country illegally) erect a small descanso along an Arizona highway to honor his family who perished trying to cross the border; the agent then escorts him back to Mexico without the bother of paperwork. Blue-J, an orderly who catheterizes patients in a no-hope care facility, introduces some tough patients, including two who make a failed but heroic escape in their wheelchairs. (You will cheer.) More than one of these stories deals with the aftermath of war, of how it damages people. Elsewhere, in “Colors,” a wife leaves a descanso of wrecked whirligigs after she escapes her abusive husband—so Lyons stretches the idea a bit but in a good direction. A gifted storyteller, Lyons has a wonderful ear for dialect, effortlessly going beyond mimicry and on special display with Blue-J as well as Nunzio in “Holy Roller.” In “Afterword: Seeds,” Lyons explains what occasioned each story; in his case, the “write what you know” cliché worked wonders.

An engrossing collection giving ordinary people their due.

Stories told by a community of Mexican farmworkers and their children who live in Kennett Square, PA, and work in the the country's largest mushroom industry. Narrators tell of the dreams that brought them to the United States, the exhausting work they do for little compensation and the barriers they face as they live in one of the wealthiest counties in the United States and work in a community that depends on their labor, yet resents the fact that they have brown skin, are poor, and speak a foreign language.
Published: Oct. 10, 2004
ISBN: 0-9712996-6-8