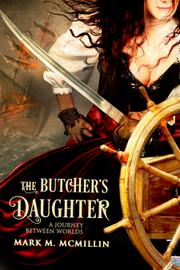 In this swashbuckling debut adventure, a young girl witnesses the brutal murder of her father but ultimately grows up to be an influential and beloved 16th-century seafarer.

Mary isn’t afraid of blood. She grew up with a butcher for a father and, after personally slaying one of his assassins the night of his murder, becomes something of an expert on the subject. After the man she has always assumed to be merely her elderly guardian bequeaths her a substantial sum from his deathbed, young Mary buys her first ship for smuggling purposes and begins her transformation into “Lady Mary,” a respected captain, lover of crewmate James Hunter, and treasure finder (as the trope goes, crossed palm trees mark the spot). As she later tells the queen of England in what becomes an extended narrative flashback, she’s not afraid to commandeer a vessel or two, especially if the captain of that vessel tries to interfere with her. After easily dispatching a fellow named Dowlin, she finds some quite cantankerous and surprisingly tough adversaries in the form of the Twins, “the Devil’s own offspring.” Will Lady Mary come out on top again, or will the Twins finally capsize this butcher’s daughter? With excellent pacing and a fondness for darkened tavern scenes, parlays at sea, and below-deck ravishings, the book is a pleasurable and action-packed read that caters heavily to the swashbuckling genre. The fact that Lady Mary is a woman adds a delicious spin to the otherwise tired clichés of male captains and their bosomy babes. In this case, Mary’s lover, Hunter, may not be the sharpest pencil in the pack, but he’s good at satisfying her, a role normally occupied by a hapless wench. Mary’s fraught back story lends her character an emotional resonance, and the joy of the open seas—as well as the danger churning below—pulses throughout this rip-roaring, hearty tale of the high seas.

Opens with a gripping scene of murder, then careens through betrayal, piracy, passion, and treasure galore.

A few of Mark’s favorite books include: Robert Fagel’s two brilliant translations of Homer’s Odyssey and the Iliad, Tolkien’s wonderful Lord of the Rings trilogy, Table in the Wilderness by Norton S. Parker, Irving Stone’s The Agony and the Ecstasy, Herma

Too many to consider

Pursuing love and joy and trying to write well!

Gather the Shadowmen (The Lords of the Ocean)

Prince of the Atlantic