Mark R. Giesser is a British-American writer and theatrical producer/director who lives in London. His work has been seen Off-Broadway, in American regional theatre, and in London's Off-West End, and has included projects such as the UK premiere of Alan Alda's "Radiance". He holds an M.F.A. in Playwriting from Catholic University of America, a J.D. from Tulane University, and professional memberships in the Stage Directors and Choreographers Society (U.S.), the League of Off-Broadway Theatres & Producers, and British Equity. He has also been a lawyer, editor, and United States park ranger.

In reviews of his plays, The New York Times has observed that, "Mr. Giesser is obviously a quick study with a sense of humor ..." and that, "Mr. Giesser has a talent for dialogue and he has something to say." About the premiere of his play, "Good Morning, Alamo!", Time Out (London) said, "Playwright Mark Giesser's satirical take on the events leading up to the infamous Battle of the Alamo ... lights up with moments of inspired lunacy", and The Stage (London) praised his "Inventive and intelligent satire ... an exemplary piece of new writing." Broadway World (London) acclaimed his adaptation of Chekhov’s “The Lady With a Dog”, saying that, “Mark Giesser ... recognises the responsibilities taking on Chekhov’s demands and, with a dancer’s grace, solves them perfectly ...”

He continues to work on historically oriented dramatic and prose fiction.

“As a work of darkly comic historical fiction, it's a resounding success. [A Cheese of Some Importance]”
– Kirkus Reviews 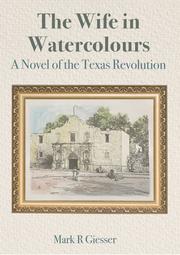 THE WIFE IN WATERCOLOURS

The brutality of war meets the theater of the absurd in this historical novel set in Texas during its rebellion against Mexico.

In 1835, Texas, still a part of Mexico, is a place where Americans go for a fresh start and European immigrants arrive, hoping to make their fortunes from promotional offerings of vast tracts of land. The two central protagonists, “Señorita” Charlotte Vernon, originally from Surrey, England, and Harry Birchfield, a cobbler from the Whitechapel section of London, alternate narration, she aligned with the Mexicans and he with the Texans. And occasionally, even Davy Crockett gets to helm a few lively and sardonic chapters from the Alamo. Charlotte is a 30-something single artist, rescued from a New Orleans jail by Captain of Artillery Andreas Gerber, a Swiss mercenary hired by the Mexican army. Andreas brings Charlotte to Texas with him, where she is conscripted to paint battle scenes portraying the Mexicans in all their military glory. Meanwhile, Harry just wants to claim his acres of land and establish a cotton plantation that will bring him a life of leisure. He did not anticipate war with Mexico would be part of the bargain. But he takes charge of a decrepit cannon, originally given to the citizens of Gonzales by the Mexican government for defense against Comanche raiders. Now the Mexicans want it back; the ragtag volunteer Texas army wishes to keep it for the revolution; and Harry winds up a recruit. In this offbeat and melancholy tale, Giesser has a fine ear for language, and his characters speak in the jargon and cadence suiting their origins and stations. Readers get to know them primarily through dialogue filled with quips and musings. But the audience will have to pay close attention to follow the timeline. The novel opens in June 1836, just months before the book ends. Then it jumps back to 1835, filling in bits and pieces gradually, always holding back enough to keep things intriguing, albeit sometimes confusing. Although there is plenty of history and a smattering of politics to be found here, this is essentially an engrossing, character-driven tragedy.

An engaging tale offers a bit of farce, a touch of love, and quixotic characters. 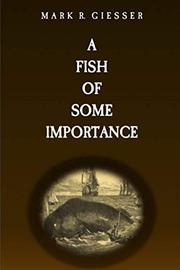 A FISH OF SOME IMPORTANCE

This third installment of a historical mystery series by a London-based American playwright reunites readers with two clever 19th-century sleuths.

After successfully solving the mystery of missing cheese and investigating a gas leak explosion at a Baltimore museum exhibition, the crime-busters Cassius Lightner and his longtime fiancee, Amanda Crofton, return in fine form to address a seafaring murder in 1817. A flustered Crofton arrives at Lightner’s United States Patent Office to debate Superintendent Dr. William Thornton’s halted testing of her hand-held rocket harpoon invention, initially conceived for the American military. But that subplot is sidelined by the appearance of Denise LaSalle, a teenage paleontologist whose father is a Royal Navy captain. She’s teamed up with Lightner and Crofton to seek government funding to uncover proof that a giant sea monster existed at one time and could still be alive. Returning to assist the sleuths are former American sailor Charlie Dunn, who imparts some political wisdom on the country’s nagging problems with racial inequality, and Lightner’s astute sister, Caroline. When LaSalle turns up dead in the clutches of a beached sea creature’s tentacles, the mystery begins to churn, especially when Lightner and Crofton increasingly suspect foul play. Hidden bureaucracy, besmirched whalers, and a host of plausible suspects emerge from the depths of Giesser’s (A Nude of Some Importance, 2016, etc.) well-written, genteel-voiced whodunit, reliably steeped in American history as usual. The witty novel’s detective spadework plays out nicely against a backdrop of salty dialogue and strings of hit-or-miss jokes as well as narrative perspectives from both Lightner and Crofton. Crofton’s ingenious harpoon invention ends up making her a walking target because the idea “has the potential to revolutionize whaling and upset the current power structure in the industry.” Stirring the pot is Madeleine Serurier, the conniving wife of a former French minister to the United States and ex-friend of Crofton’s, whose greed has caused her to become a nefarious schemer. Fans of the author’s enchanting gumshoes will find them at their most sparkling and outspoken here, though the plot of this particular tale, featuring dark humor and political red tape, lacks momentum in spots. But the finale delivers a rousing courtroom melodrama that should certainly please readers.

A busy but breezy swashbuckling caper awash in intrigue and headlined by two indefatigable heroes. 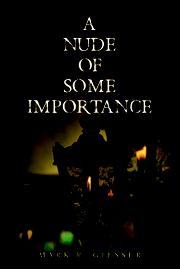 A Nude of Some Importance

A sequel delivers a flight through American history and a detective story full of jokes and red herrings.

Giesser’s (A Cheese of Some Importance, 2015) tale is alternately narrated by Cassius Lightner, a clerk at the U.S. Patent Office, and his fiancee, Amanda Crofton, a British expatriate. It’s the summer of 1816, and months after the conclusion of the last mystery the two solved—that of a missing ceremonial cheese—the couple are unwittingly drawn into another whodunit while at a Baltimore museum exhibition of the titular nude. Rembrandt Peale, a rich artist who also happens to have the contract to light Baltimore with gaslight technology, presents the show, at which there is a suspicious gas-leak explosion. Lightner is deputized by his boss, Dr. Thornton (a family friend of the Peales), to investigate the cause of the blast. Lightner and Crofton are joined in their sleuthing by former sailor Charlie Dunn, a free person of color working at the patent office. At one point, Lightner observes about Dunn: “He could cross the color line by altering his manner. A lot of people who met him weren’t quite sure whether he was black or not, and Charlie’s speech generally tipped the calculation one way or another. Why he chose to play which race, and with whom, I couldn’t always fathom.” Lightner, Crofton, and Dunn are drawn deeper and deeper into the web surrounding the explosion, and the case takes on international proportions—French, Russian, and English agents all enter the probe’s orbit. The novel ends somewhat abruptly, though not unsatisfactorily, with the loose ends tied up but not totally resolved, perhaps setting up for another sequel. The camaraderie between Lightner, Dunn, and Crofton shines through their dialogue, and their conversations allow the author to hit his comedic stride. Not every joke throughout lands, but the story quickly moves on to the next one, making for a zippy read. Most impressively, Giesser inserts intelligent observations about race and early American industrialism alongside his jokes; one such trenchant moment sees Dunn playing with the performative aspect of race to aid in his detective work.

The author weaves the narrative thread between serious and funny ably and offers a compelling 19th-century mystery plot as well. 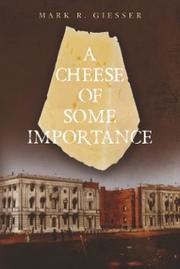 A CHEESE OF SOME IMPORTANCE

In 1815, a 1,250-pound wheel of cheese goes missing. A patent office clerk and his fiancee must recover it but not before there is a murder, a scandal in a whorehouse, and an unusually thoughtful nighttime interlude with a feline.

Mr. Cassius Lightner, a patent clerk, is not whom he at first appears to be. Neither is his whip-smart fiancee, Amanda, who chafes at the gendered reality of her era but refuses to simply bow down to male ego. The narrative of how Cassius and Amanda are first brought in to look for the cheese is lively from the start. Cassius, in a flash-forward, finds himself chained to the cheese and wondering in a quasi-lucid way about how history shall record his wild journey. The book eventually settles into a he said/she said POV structure in which one chapter is written from the point of view of Amanda, and the next is written from the POV of Cassius. With punchy wit and clever turns of phrase, Giesser fills his leads with modern vivacity and tenacity, which makes the unfurling of the mystery of the missing cheese a pleasure to witness. “Killing does have a finality about it,” says Cassius. “Brackenridge just nodded. Father always said sex was funnier than death, but you work with the opening you have.” In this sense, the book’s wordplay is reminiscent of the works of P.G. Wodehouse, although Giesser meanders into far darker and more salacious territory. The story of Anne, a prostitute frequented by Cassius, is rendered with surprising reality and nuance. The black humor of the book, combined with its nonstop pithiness and overt cleverness, makes it an enjoyable, rapid-fire read. The balance of the inherently ridiculous—in this case, the missing cheese—and the macabre, including a murder, is balanced admirably well. Even though the book splits its time between the two leads, the overall tone and thrust of the work remains surprisingly even. As a work of darkly comic historical fiction, it’s a resounding success.