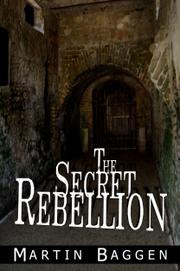 A thoroughly innovative reworking of “the greatest story ever told.”

Readers have heard tales from the life of Jesus so many times, in the Bible and a bevy of other ancient texts, it’s a wonder that anyone has anything left to say about it. Yet nothing can stop modern authors—from Norman Mailer to Anne Rice to José Saramago to Philip Pullman—from returning to this fertile story. In Baggen’s debut, readers get yet another take on Christ’s life, yet this one feels truly original. In brief, it reimagines the familiar New Testament narrative as a sort of political thriller in which Jesus—or Yeshua, as he’s called here—is less the Son of God than a charismatic insurgent. (Think Dan Brown with more than a hint of Vince Flynn.) Working by Yeshua’s side, or sometimes behind his back, are Yohannan (John the Baptist), Yehudah (Judah), Miriam, Nicodemus, and a handful of other disciples and allies. Baggen tells his story not only through Yeshua’s eyes but also from supporting characters’ perspectives—an excellent narrative decision that lends the novel complexity and depth. Furthermore, and much to his credit, the author offers historical details that make Jesus’ story both more and less unique, noting that Jesus was just one of many messianic figures wandering Palestine; that there were other new religious movements, such as the Essenes and Gnostics, competing with early Christianity; and that many other upstarts’ lives came to an end on a cross. Perhaps the story’s only real weakness is that it sometimes pales in comparison to the original, with which it tacitly competes. The Bible’s style is striking in its austerity, simplicity, and accessibility, and Baggen’s prose, by contrast, is occasionally wordier than it should be. That said, this rookie effort stands sturdily on its own.

A Gospel retread but one that’s provocative, tense, and exciting.