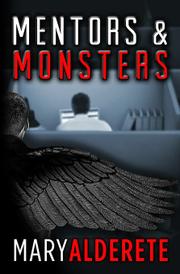 In this debut novel, a demonic presence haunts—and manipulates—the employees of a California accounting firm.

The Bay Area Financial Firm is only a medium-sized accounting firm but can offer an accountant more experience in a year than any of San Francisco’s Big Four. Despite the poster claiming it was voted one of the “Top Places to Work,” the firm is a high-turnover environment that fosters savage competitiveness and workaholism. One night, the posh and enigmatic Han visits a manager named Dylan, who barks at his subordinates and possesses an unwrapped present for his daughter’s missed birthday. Han reminds Dylan that, because of stiff competition at the firm, it could be two years before he’s up for promotion to senior manager. Dylan slits his wrists. His body is found the next day by Jesus, a respected senior manager, and Nicole, a lowly associate. Dylan’s soul, however, wakes in the office, unable to escape the premises. Han, a demonic, shape-shifting, mostly invisible presence, tells him, “I'll give you two months to get me one soul.” Dylan doesn’t need to guess what Han wants with the soul—because the creature has already started eating him, eyes first. A fresh crop of associates, including Eve, Gloria, and Lucy, must navigate firm cutthroats, like the newly promoted Nicole, and survive the machinations of a dark being that delights in human misery. Alderete’s portrait of the firm reads like a workplace tell-all and all but demands a score card to keep track of the slippery alliances and petty betrayals. As someone tells Eve, “Life isn’t like high school. It’s high school that’s a preview of life.” The characters’ cattiness proves to be Alderete’s great strength, and lengthy conversations run the emotional gamut while detailing office gossip and accounting minutiae. Readers are occasionally treated to the libidinous demon’s antics (“Han brought Dylan closer to his face. He licked Dylan’s neck and nibbled on his chin”). By the end, readers see the very real—and frightening—effects that unchecked greed and ambition have on individuals.

A chilling book about an office’s trapped soul that doubles as a black-comedy horror story and a genuine cautionary tale.