Matt Casamassina is a video game and technology journalist with more than 20 years of industry experience. An editorial leader, Matt cofounded IGN.com, one of the world's most popular entertainment networks, and has been published or featured by the Associated Press, Variety, ABC News, Chicago Tribute, Seattle Times, USA Today, TV Guide, G4TV and more. He currently manages games content for Apple’s App Store, browsed by hundreds of millions globally.

Matt is married with three kids and a dog and lives in California's Silicon Valley. His second book, Sophistication, is coming in early 2018.

“Solid apocalyptic fiction that focuses more on its character relationships than its sci-fi elements.”
– Kirkus Reviews 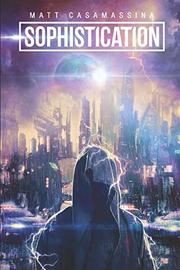 A thriller tells the story of an America rattled by a mysterious, technologically advanced group threatening to take over the country.

In the not-so-distant future—the Donald Trump administration is over and the video game “Half-Life 4” is about to be released—a cloaked figure appears on the floor of the Senate to offer a cryptic warning: “In one month, your ineffective order ends. In one month, we take over.…Everything.” He then disappears in a ball of blue light, causing a media frenzy of speculation the likes of which has never been seen. As the lone member of the government’s Unexplained Occurrences Division—whose duties until now have mostly entailed cataloging internet rumors and watching pornography—widower and drug addict Carl Brannigan is placed on the task force assembled to find out just what that cloaked man was talking about. Meanwhile, an enigmatic figure enters the hospital room of a quadriplegic boy named Kevin Splinter and, with a mere touch, cures him of his condition. In San Francisco, 23-year-old freelance video game journalist Miyuki Mitsuraga spends most of her time fielding misogynistic hate mail from male gamers, but she’s just gotten a message from “the ones in the news” asking her for a meeting. After the arrival of cloaked figures at a stadium in San Francisco, where they reveal damaging tapes of the city’s mayor, the strange organization offers Miyuki an interview because her “heart is pure.” The Cloaks, as she names them, claim to be a good government group out to expose corruption and injustice. But it turns out to be a little more complicated than that. With alternate realities, alien civilizations, and city-destroying technology in the mix, this disparate band of outsiders—and a few powerful insiders—must race to figure out what’s coming before it gets here. Casamassina’s (Dead Weight, 2016) prose is voice-driven and inflected with numerous details of his cyberpunk-meets–Comic-Con vision of the future. His attempts at snark often come across more misanthropic than perhaps he means them to—a viral video is described as spreading across the internet “like runaway Gonorrhea at a cheap motel”—but he occasionally reaches moments of lyricism. At one point, Miyuki’s entrance into a club is depicted thusly: “She’s in harmony with these people, all of them dressed like the mutant teenage grandchildren of the industrial and anime gods. Here, she can disappear. The black lights cast them all in periwinkle, their teeth luminescent, their skin paints and contact lenses aglow, until they look alien.” The plot is well-paced and quite riveting, and once the storylines of the various characters begin to intersect and the scope of the conflict reveals itself, readers should become thoroughly invested. The author manages to capture the worldviews, interests, and personalities of gamers in ways both good and bad, but the story has enough broad sci-fi appeal to hook readers who aren’t concerned with that subculture. While the narrative is bloody, profane, jocular, and angst-ridden, an unexpected warmth pervades the work that will likely keep readers with it until the end.

An ambitious and mostly successful sci-fi tale with a bit of social critique. 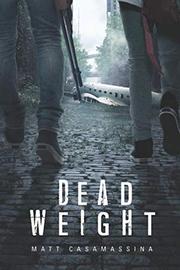 In this debut YA thriller, the leftovers of an unexplained apocalypse struggle to survive and find meaning in the wreckage.

After a drunken camping trip with his friends, teenage Zephyr Rockwell awakes to find that everyone he knows—indeed, the entire population of his hometown—has vanished into thin air aside from piles of clothes littering Firefly Valley. He soon excludes mundane reasons for the disappearances, such as a mass exodus or a horrible misunderstanding, but the implications of the seemingly supernatural event are still hard for him to grasp. The lights are still on and food is still easy to find, but Zeph’s plans to scavenge local businesses are soon interrupted when he encounters another survivor, Ross Williams, while breaking into a gun shop. They join forces to explore the town’s new landscape, which is scarred by the ruins of cars and trucks that were speeding down Firefly Valley’s streets at the time of their drivers’ disappearances. Zeph’s initial enthusiasm for a new ally soon begins to dwindle when he notices clues that Ross’ benevolent, cheery manners hide a darker, less stable interior. Soon, the pair’s temporary alliance is broken and Zephyr flees Firefly Valley with another survivor he’s found, a young girl named Jordan. They make other scattered friends along the way as they try to make a new home in a newly abandoned America. The great vanishing, while an ever present mystery, isn’t really Zephyr’s main concern as the story goes on, which can make it difficult for readers to see where it’s all leading. However, this also means that Casamassina’s novel avoids getting bogged down by a standard, predictable plot arc. It’s also nice to see such a cynical protagonist in a YA novel rather than one that’s overwhelmed with shock after a calamity; Zephyr often gives sharp warnings that are regularly ignored by adult travelers, often with disastrous consequences. The resulting tone allows the book to delve into darker territory than many other YA tales.

Solid apocalyptic fiction that focuses more on its character relationships than its sci-fi elements.