I started writing Baturi in 1986, shortly after returning from my VSO work in Northern Nigeria. My time in Nigeria had given me much I wanted to share, a perspective on human life I knew was rare in the cosseting cocoon of wealth I called home. I wanted to share some of the puzzles I had discovered, which pit right and wrong against good and bad, and self-interest against friendship. I knew I could only share my experience if I could persuade others to believe there was a benefit in accepting what I had on offer. I didn’t want to write a documentary, I couldn’t promise a conclusion rich in visionary insight. So, I decided to write a story which would stand on its plot alone, one that would harness the compelling reward of resolved curiosity. In this story I have sprinkled the puzzles I wished to share, inviting the reader to unwrap their own answers, but only if they should care to do so.

“The early sections contain some of the most evocative passages, and they lay the groundwork for the real focus of the story, which is the people of Hadejia and the lessons of true friendship... In narrator Matthew, Stephen creates a likable, self-effacing protagonist who ably imparts the warmth and generosity of the people he meets as well as the poverty, corruption, and constant heat of Northern Nigeria.”
– Kirkus Reviews 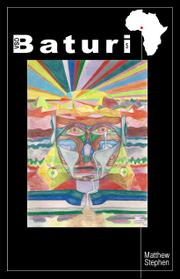 A rash decision thrusts a young British volunteer into the middle of a Nigerian military coup in a debut novel inspired by the author’s own time in Africa.

Twenty-four-year-old Matthew Ferguson is a math teacher in the small town of Hadejia in the northern sector of Nigeria in the 1980s. He’s been in the country for 18 months, working with the British Voluntary Service Overseas, and he’s begun to acclimate to its climate, food, and culture. However, he’s not comfortable with the seemingly built-in “respect” he’s accorded, solely for being a “baturi” (white man). Readers meet him just before he dismisses his training-college class for a three-week school vacation. He’s emotionally in flux; his girlfriend back home has ended their relationship, and he’s struggling with doubts over whether he’s imparting anything useful to his students. He’s also ambivalent about an impending visit with friends during a planned trip to Bama, near the Cameroon border, because he’s broke. It’s during this journey—which is derailed before he ever reaches Bama—that Matthew gets himself into more trouble than even his active imagination could have envisioned, as he finds himself in the midst of an attempted revolution. What follows is an improbable two-week adventure that offers moments of great exhilaration (including a car chase that will remind readers of scenes from the 1968 film Bullitt), close calls, and plenty of angst. For good measure, there’s also a budding romance with an attractive Canadian woman named Chantel. The story may be on the far edge of credulity, but it’s fun. Those who come to the narrative seeking merely excitement, however, will need patience, as the action doesn’t begin until about two-fifths through the book. Still, the early sections contain some of the most evocative passages, and they lay the groundwork for the real focus of the story, which is the people of Hadejia and the lessons of true friendship. By the time things really start to get rolling, readers will be well-acquainted with the main characters and the terrain they travel. In narrator Matthew, Stephen creates a likable, self-effacing protagonist who ably imparts the warmth and generosity of the people he meets as well as the poverty, corruption, and constant heat of Northern Nigeria: “I could feel rivulets of sweat growing under my hair. Sweat began to trickle down my chest and down my face. Drops began to drip from the end of my nose.” Every walk he takes is an opportunity to reveal something about a country on the precipice of financial collapse: “I reached the mournful site of an unfinished town gate. Like so many things in Nigeria, it had failed to reach completion before its finance reached exhaustion.” Matthew’s fun-loving British helicopter pilot buddy, Bob, provides a good foil for the novel’s more reticent hero, and the Nigerian carpenter Koli is so touching and steadfast that readers will remember him long after they turn the final page.

Initially slow but enjoyable and more complex than its more madcap shenanigans would suggest.