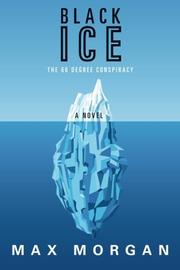 As the story opens, Norwegian Police Security Service senior intelligence officer Magnus Ose meets with energy company executive Finn Aspen, who says a blackmailer is threatening him to obtain information. But Magnus learns very little before a sniper kills the executive right in front of him. He then checks on another asset, Alf Evenson, only to find that he’s just as dead. He connects both men to a classified project known as “Black Ice,” in which five experts developed new technology for safe Arctic drilling. Magnus suspects a coverup involving China and Russia, who may be collaborating to control the region’s energy resources. A woman named Miranda Hobb is the only Black Ice expert still alive, and Magnus tries to protect her as he tracks down the people behind the international murder spree. This spy thriller electrifies its pages with characters from around the world, including a Danish colonel and enigmatic French national, and treks to multiple countries, including Belgium and Switzerland. Morgan devotes most of the book to scenes of espionage—Magnus poring over computer files, agents monitoring or trailing people—but he certainly doesn’t skimp on action sequences. At one point, for example, Magnus pursues a sniper, and the confrontation is neither easy nor quick; meanwhile, Magnus’ colleague, Canadian Security Intelligence Service agent Max Dufour, struggles to keep Miranda clear of gunfire. Magnus is memorable as a vulnerable hero who actually feels “aches and pains” following physical exertion. The introduction of a bundle of new characters just past the book’s halfway point is initially jarring, but it does open up the conspiracy plot and show how far-reaching it truly is. Morgan is primarily concerned with showing Magnus meticulously pulling the conspiracy apart, so a couple of late plot twists aren’t as surprising as perhaps intended. The story’s thrills, however, are seemingly endless, as dangerous villains threaten Magnus’ family, and one baddie is revealed to have a frightening amount of power.

An engrossing thriller for readers who like their spies to be pragmatic but rigorous.