Max W. Miller creates incredible stories about imaginary places, vivid characters, and their nemeses. With an uncanny ability, she draws readers into their worlds. From childhood, Max’s ancestral gift allowed her to see into other realms through dreams and visions. She has grown to know that unseen worlds collide to encourage, warn, foretell of future events, or destroy. Rarely does an author have the ability to touch readers like Max—possibly, she has seen some in a dream or captured others in a vision.

“Perhaps you will connect with her stories because you identify with her messages. Only you will know once you start reading her works.”

Max has always enjoyed reading and writing. She loves the wonder of the Science Fiction, Fantasy, and Paranormal genres; they make great medicine for her soul. In addition to her writing, she relishes family time with her husband, children, and friends. Max is an advocate of tough love during adolescent rebellion and staying in touch with a healthy body through natural remedies.

Her Science Fiction and Fantasy Books have won Book of the Day Awards and have been listed among the Amazon Top 100. Max continues to receive favorable reviews from readers on Amazon and other retailers online. Become one of her Elite Readers by subscribing to her hub maxwmiller.com or scififantasyfiction.com. Follow her on Twitter @maxwmiller.

“But the author's imagination remains rich, with the denizens of Sadie's mystical forest far from the fantasy cliches' of elves and dragons”
– Kirkus Reviews 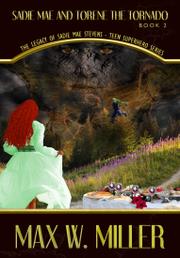 Sadie Mae and Torene the Tornado

This second book in the teen paranormal Legacy of Sadie Mae Stevens series introduces a new and dangerous foe for the crimson-tressed title character.

In the first installment (The Gordite Witch, 2012), Sadie Mae, a South Carolina teen with “pecan-brown skin and fiery red hair that for the life of her will not dye,” discovered her mother’s death when she was a child was actually the result of an interdimensional fight with a zombie sorceress known as the Gordite Witch. Christine Stevens wasn’t human but a Daughter of the Seas from the underwater planet Dylan. Like her mother, Sadie Mae possesses supercharged blood that allows her to produce toxic vapor from her hands and eyes that will crystallize into chains to bind the enemies of the Dylanians—the Tetradyne Rulers and their servants, the Pigwallers—and protect humans as well. She also has access to a magical forest all her own, where she’s mentored by a violet-eyed mountain named Lendra and trained by a human/frog hybrid called Norris. After avenging her mother’s death, Sadie Mae ignores a summons from Lendra about the imminent threat of Torene the Tornado in favor of hanging out with her part-Dylanian friends Jalind, Printa, and Harrah and foster parents Suzanna and Dr. Heathcliff Brimm. When Torene appears in Sadie Mae’s forest and kidnaps Norris, the heroine realizes she’s neglected her duties and put her family and friends in danger. As if that’s not enough, there’s a cute new boy named Lander Vandersal in school, and he won’t stop staring at Sadie. Miller (Promises Unbroken, 2015, etc.) delivers sentences that are often lacking in rhythm—“At best she hoped his hype would not end up turning into a weak distraction.” But the author’s imagination remains rich, with the denizens of Sadie Mae’s mystical forest far from the fantasy clichés of elves and dragons (they include graceful “baby dinosaur-sized” green creatures that look like turtles and turn out to be Siamese twins). Sadie Mae is a relatable protagonist who messes up mightily and must deal with the consequences of her actions. Ultimately, she’ll have to make an ethical decision that will challenge everything she’s learned.

A fun, inventive superhero tale with a brave teenage girl at its heart. 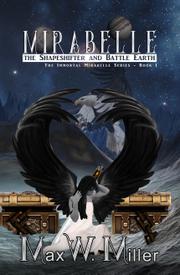 MIRABELLE THE SHAPESHIFTER AND BATTLE EARTH

A YA fantasy mystery featuring angelic beings forced to face the beautiful and horrible extremes of human existence.

Mirabelle is a being of the Death Angel Class, who extracts spirits from human bodies when they die. Together with her siblings, Miette, Rain, and Adisa, she dwells on the planet Sid Moradon under the watchful eyes of her father, Bakari, and her mother, Celinda. Then the family is commanded by Supreme Orator Brysend to go through a wormhole and assume new, unexplained duties on Earth as humans. Specifically, Mirabelle will have to deal with new pressures and new dangers: baser creatures called djinn, formed from the fallen spirits of angelic apprentices, are even more of a threat here than they ever were on Sid Moradon. Not only are they organized, they may also have a traitor helping them. As a result, Mirabelle must find new allies, such as a shape-shifter named Chevey. Together, they must solve the mystery behind Mirabelle’s family’s assignment on Earth. This mystery, however, isn’t the strongest element of the narrative, as it suffers from predictability. The worldbuilding, however, is the real attraction here. Miller’s angelic beings are unique and evocative, as are the endearing and unique beings called beacons, which accompany them. Beacons are similar to familiars, and they’re ordinarily responsible for pointing the Death Angels to souls that need to be Taken. The depictions of the various angelics are similarly engaging: the Death Angels’ wings, for example, are wondrously described; the Seraphim move on feet and wings of flame; and others even have three faces. The angelics’ manner of speaking sometimes feels stilted, though, although this could be chalked up to their refined, spiritual natures.

An inventive and often inspired start to a new fantasy series.

Chronicles of Narnia, The Calhouns, Lord of the Rings

I do not know if I have one passion that towers over another. All I know is that my life has come full circle, and I am on an extraordinary creative journey, facing the bumps head-first and getting back up to have gratitude for another day!

In this Young Adult Intergalactic Romance, Prince Lutalo of the Amarkarue Hierarchy sparks an alien romance when he becomes enthralled by the image of a half-breed on Earth. Veering away from his Star Warrior protocol, Lutalo uses his powers to create a Dream Bond with her. Sixteen-year-old Avani Darrisaw has always known she is not like other teens, but after her lonely heart dreams up the perfect fantasy guy, she can’t wait to go to bed at night. When her parents suddenly ship her away to an elite private school, she finds out the shocking truth about her dream boyfriend and what they expect her to do to bring him to Earth. Filled with mystery and suspense, this Young Adult Romance Novel will keep you under the spell of the gorgeous prince’s magic.

In this Young Adult Paranormal Fantasy, the Death Angel Class have amassed quite a nasty reputation in the way they Take souls, so Mirabelle and her family band is mandated to participate in a social experiment on Earth. Come along on this YA mystery and suspense adventure to an alternate universe where death angels may not be the bad guys after all. Meet memorable characters like Mirabelle, a Shapeshifter named, Chevey, and Odensta, the lightening Phoenix. Find out how death affects creatures living on other worlds. Finally, learn the true reason Mirabelle and her family is sent to Earth. See if it has anything to do with a social experiment. The truth may scare you to death.

Elizabeth Shelly is left with crippling despair over the murder of her affluent and handsome fiancé. Beth, as Deven used to call her, finds herself drawn into a ghouls night out when a supernatural intervention interferes with her decision to commit suicide. Promises Unbroken is a supernatural romance story proving that love never dies! “You are forever my diamond and an extraordinary woman. Our combined grief and my sacrifice were strong enough to hold my life core on Earth. Some refer to the life core as soul, some as spirit; it is the essence of what I will always be. I walk between worlds, revealing myself to whom I choose. I came to you, Beth because I have discovered a way to fulfill at least a portion of my promises to you.” AMAZON CATEGORIES - FICTION > Ghost FICTION > Visionary & Metaphysical Key words: ghost romance novel, Ghost stories, Secret Baby, Second Chances, paranormal romance, life and death, metaphysical
Published: Oct. 17, 2015
ISBN: ASIN: B016U11P5Q

Megan Smart, a pampered, reserved freshman, takes a pre-college trip to New York City with her parents and star hottie quarterback boyfriend, Tyler. Never could she have imaged she'd come back haunted by memories from an ancient time. Once at college, Meg has a chance encounter at a frat party with a mysterious guy who draws her into a seductive dance. Meg fights to resist his influence, fearing it would put her relationship with Tyler into jeopardy. Finally, at the point of exhaustion and on the verge of losing her mind and her boyfriend, Meg meets with an astrologist and hypnotist who identifies her problem as the memory of a past life. But is it reincarnation or something far more evil coming to claim Meg’s soul?
Published: March 15, 2014
ISBN: 13-978-0985595579

Spending Christmas With A Yeti is one of the stories in Monster Mates, a series of unrelated paranormal books about abusive relationships. Subject Monster Mate: Ranger Blackwell Even though Sandra Greene pretended not to notice the bruises on her daughter’s beautiful face, Sandra secretly made plans to save Shayne. When Shayne Blackwell and her husband, Ranger, go on an all-expense-paid Christmas trip to an exclusive couple’s retreat near Mount Rainier, she held on to a thread of hope that Ranger would, at least, diminish his mental and physical abuse of her. But instead of a better relationship between them, Shayne finds herself as an unwilling participant in a nightmare she cannot wake from. She discovered that abuse and romance with a monster walked hand in hand. And near the end of her nightmare, Shayne wondered who would emerge alive—would it be her or Ranger?
Published: Nov. 2, 2012
ISBN: ASIN: B00A12G19G

Sadie Mae Stevens is the teen superhero of this Young Adult Paranormal Fantasy Series Earth’s survival lies in the hands of the Dylanians. A young Sadie Mae Stevens must weed through the mystery of her toxic blood and what it has to do with her mother’s death. Sadie recognizes she is different for a reason, no other girl she knew hunted and chained Pigwaller monsters. The Tetradyne Rulers were overrunning Earth and Sadie had to stop them. But how could she battle against them all by herself? Would she find help? Travel with Sadie as she visits her very own forest, talks with Lendra, the mountain with an eye, and meets one of the many creatures who live inside her forest. How will this rag tagged bag of misfits help Sadie save Earth? And to top it all off, the Gordite Witch is waiting to take her head! Let the legacy begin…
Published: Aug. 1, 2012
ISBN: 13-9780985595524

Think And Grow Dead - Book 2 in The Monster Mates Series

After moving his business from his downtown office to his home, a prosperous architect, husband, and father struggle with holding at bay his internal demons. Michael Henson’s noble purpose for gazing down the spectacular hillside of his California estate is to spark his creative juices. But, soon he faces up to why he’d moved his office to his home and it had everything to do with his beautiful Hawaiian neighbor, Linda Mahelona who works daily in her greenhouse? Will Micheal Henson heed his internal warnings before it is too late and abandon the wicked plans jabbing needles inside his wandering feet—needles that may be too deep to remove?
Published: May 26, 2014
ISBN: ASIN: B00KMAWGCI