As an author, Melissa Jo Peltier has had five New York Times bestsellers as co-writer with TV's "Dog Whisperer," Cesar Millan. She also co-authored "The Mommy Docs Ultimate Guide to Pregnancy and Birth." REALITY BOULEVARD is her first published novel.

A two-time Emmy Award-winning writer, director and producer, Ms. Peltier won her first Emmy for educational programming at the age of 23. Since then, she has accumulated over 50 national and international awards and accolades for her work as a producer, writer and editor of both documentary and dramatic television and film productions, including a Humanitas, a Peabody, and a Women in Film award. She currently works with her husband, writer/director John Gray, in their independent company Ovington Avenue Productions, developing dramatic television series and independent films.

She is represented by Scott Miller at the Trident Media Group. 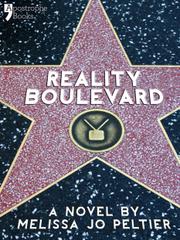 When a long-running documentary series is cancelled, the show’s filmmakers must navigate a new reality TV landscape in this satiric novel.

Marty Maltzman’s award-winning prime-time series Lights and Sirens has been following emergency responders such as police, paramedics, hospital ERs and the Coast Guard for 16 years, telling dramatic stories of injury and danger. Now, the show’s been axed, a victim of a shift in reality TV toward the Kardashians, celebrity weight losers and spoiled “housewives.” Hunter Marlow, a producer on the series, would like to revisit her documentary Second Sex (widow-burning in India, clitoridectomies in Sudan), but she needs funding. She has a new and well-paying reality TV–producing offer from Ian Rand, CEO of RandWorld Productions. But he betrayed her in the past; can she trust him? Can Marty trust the gorgeous, much younger actress Crimson Fennel, who’s making a play for him? Can anyone trust anyone else in Hollywood? Peltier, herself an award-winning producer and writer (Dog Whisperer With Cesar Millan, Secrets of the Pyramids, etc.), uses her insider knowledge of Los Angeles, the TV industry and its players to craft a zinging satire. When Marty pitches a show following smokejumpers, a young exec replies, “[O]ur audiences tend to gravitate more to, say, the crazy pyros who are setting the fires, not the guys who just go around putting them out.” Hunter, starting work on a new series, is shown the secrets of Frankenbites: chopped up, remixed and enhanced editing used to create a more dramatic but false story out of raw “reality” footage. As a colleague explains to an appalled Hunter: “Sometimes I do just want to go home and take a shower. But you know, it’s only television. It’s not like anyone takes it seriously.” But in this smart, funny, insightful novel, reality TV becomes all too real, forcing several characters to confront their decisions. Peltier examines the Hollywood world of writers, producers, rich kids, actors, wannabes and con men with a keen and often compassionate eye.

A dead-on satire—with a heart—of the reality TV scene from a knowledgeable, witty insider.

All The King's Men, by Robert Penn Warren

"...she always had the feeling that it was very, very, dangerous to live even one day.” Virginia Woolf, Mrs. Dalloway

Telling stories that make people think and feel and want to be better humans.