Dr. Merriel M. Chase is a native of Queens, New York. She is a retired general dentist turned author. Merriel has lived in five states including the capital of the United States of America. Dr. Chase is the author of three published novels. She is a volunteer at her local church in the Tech Arts department. Merriel's interests include reading, writing, listening to music, traveling, and communicating with friends and family. 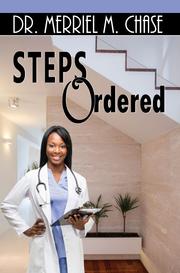 An African-American woman heading to Howard University struggles in her relationships with men in this contemporary novel.

Columbia University student Jessica Euge is in the process of selecting a dental school. Determined to be financially independent, she is wary of men, given that her father physically assaulted her mother and sexually abused her and her sister before her parents divorced. Yet Jessica also enjoys losing her virginity to Eric Braswell, an Italian-American fellow student who takes her to the Rainbow Room in Manhattan on their first date. And her top dental school choice turns out to be Howard University in Washington, D.C., because she wants to “explore the male African American cream of the crop from the US and males from various countries.” During their early days of dating, Eric’s insecurities lead him to strike Jessica. He seeks out counseling, and urges Jessica to do the same, given her own apparent issues regarding confidence in her looks and, of course, in men. She stubbornly refuses, and the two break up. Jessica succeeds at Howard academically, but runs through a string of men. Eric soon gets trapped into a marriage with another woman due to her pregnancy, but he insists they call their child Jessica. By novel’s end, Jessica experiences financial and professional challenges upon graduation and a nervous breakdown that brings her under the care of a psychiatrist who finally gets her to look at her issues. Will she find a way to forgive her father—and reunite with Eric? Chase (Esmerelda, The Gifted, Volume 1, 2013) notes that her second novel is “based on true events,” and her narrative is indeed peppered with travelogue and documentary-like details (New York City restaurants, day trips from Washington, D.C., etc.). Unfortunately, this overload of real-life tidbits (do readers need a slice of history about the Watergate Hotel?) can distract from Chase’s intriguing core drama of slowly uncovering Jessica. The author effectively portrays the protagonist as rather robotic and schizophrenic (buying into religious views of premarital sex as a sin yet also actively pursuing it) in her intense acting out before finally facing her pain and denial.

A kitchen-sink depiction of a dental student’s psychological suppression.

Gone With The Wind

Troubleshooting ailments associated within my body

Visualize having the ability to stop time. Imagine knowing when someone is lying to you. Envision having what it takes to break up disagreements seconds after they begin. Esmerelda was born prematurely against the odds. With time her loving parents discover their child is gifted with the qualities mentioned above. As Esmerelda ages, she uses her gifts to fight crime. Esmerelda causes a family member and family to seek counseling. She has a love interest but she can't date until her sixteenth birthday. Esmerelda gains the attention of President of the United States. They form an alliance to try to put an end to the Arab-Israeli conflict.
Published: Sept. 23, 2013
ISBN: 978-1483923734

Esmerelda has grown into a teenager who continues to use her gifts to stop criminals in their tracks. She and the President of the United States act as representatives for Israel in search of peace in the Middle East. Esmerelda's aunt, Janelle, stops taking antidepressants and risks losing her mental well-being to have a baby with her husband. Janelle also gives up her nursing career. Relationships blossom for Esmerelda's best friend, Kierra, while Esmerelda is not allowed to date until her sixteenth birthday. Esmerelda's best male friend, Matthew, and his teammates compete for the title in the Virginia State Swimming and Diving Championship. Esmerelda's great grandmother, Leilah, is dating Steve. They are assessing where their relationship stands. Esmerelda's younger brother, Kyle, is becoming more spiritual influencing a friend who is traveling down the wrong path. The book ends leaving the reader in suspense which will be revealed in Esmerelda, The Gifted, Volume 3 in 2017.
Published: Oct. 27, 2016
ISBN: 978-0-69225892-7