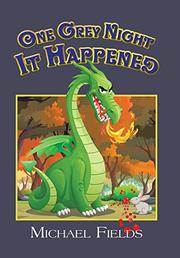 ONE GREY NIGHT IT HAPPENED

In 1982, Lucas Bradshaw is a Black track star at the Robert E. Lee Academy in Whittaker, Virginia. He doesn’t particularly like it there, and he despises the fact that racial slurs are casually “tossed around everywhere in this school.” However, he has dreams of going to college in Oregon to run, and he plans to take his girlfriend, Dolly Stewart, with him. These aspirations are shattered one day when two other students at the academy go on a shooting spree, killing Dolly and several others. He stops the slaughter by seizing the gun of a reluctant deputy and taking down both shooters himself. Afterward, Lucas’ coach is concerned that the young man will be arrested for taking a cop’s weapon, so he sends him out of state for his own safety. He goes on to attend Bloomington High School in Pennsylvania and strike up a most unlikely friendship with Jeremiah Willis, who lives in a cabin with his rugged, World War I veteran grandfather. Jeremiah knows all about the wilderness though very little about school and even less about finding a girlfriend. He and Lucas are soon involved in some very odd adventures—which sometimes edge into violence. The story is ambitious from the get-go, as it tackles such issues as racism and school shootings, and it takes unexpected turns, as when Jeremiah traps a local real estate agent in the forest. A fair number of people are killed over the course of the story, which includes a suicide, but an unexpected streak of very dark humor is always present, which keeps things lively. For instance, when one of the students involved in the early killing spree suggests they add a personal touch to their crimes, the other responds, “Why waste all that time when we could spend it on killing?” Other elements are less enticing, such as a subplot about two young lovers that adds little to the story as a whole. However, when Jeremiah is speeding through the night in a stolen Mercedes with a loaded Winchester, such points become moot.

An often entertaining story with a darkly comic edge. 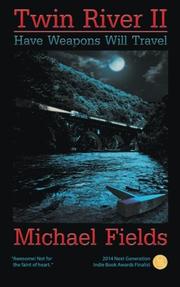 Polecat Hollow, near Alexandria, Pennsylvania, is home to high school sophomores Matt Henry and Connor Brooks. It’s 1980, and the boys have had trouble with local bullies Cain and Abel Tower as well as other assorted felons (see Twin River). Insisting to any inquiring party that his father, a bank manager, is on vacation, Matt decides to hire some protection for himself and the bank. A newspaper ad leads him to a man named Wesley Palladin of the agency Have Weapons Will Travel. Unbeknownst to Matt, Palladin is a contract killer for the mob, embroiled in a complex bait-and-switch operation that has other killers gunning for him. Cain and Abel, meanwhile, are terrorizing a teen named Wayne Wilson, whose sister, Becky, Cain has impregnated. Elsewhere in the region—which is possessed by a violent legacy dating back to the mid-18th century—a vile gang of kidnappers is using high school girls to make pornographic videos. Once drawn together, Matt and Palladin learn just how alike they are as they wage war against the various forms of evil that nearby Blood Mountain seems to inspire. Snaring readers once more in the sinister rural setting of Twin River, author Fields proves himself a macabre, versatile storyteller. The tone of his sprawling narrative darkens immediately, beginning on a river in late ’60s Florida. On this fishing trip–turned-murder, young Palladin’s father teaches him that “The best and the strongest destroy and survive.” Fields’ gift for detailing violence is always at the ready: “Pulled by the treble [fish] hooks, the man’s skin stretched outward.” Yet the descriptions of nature are lush, and literary references to Catcher in the Rye are a welcome surprise: “A person needs to catch himself first before he can catch others.” If possible, readers should tackle the previous novel beforehand for better context surrounding characters’ relationships. Standing alone, however, this tale remains incredibly effective.

This grisly thriller will sink its teeth right in you. 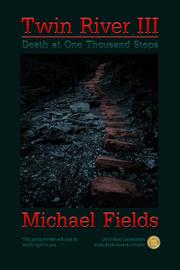 It’s 1980 in rural Pennsylvania where the Juniata and the Little Juniata rivers flow. On the Calvin property, in Polecat Hollow, pornographers Luther Cicconi and Max Wright keep high school teens Heather Wainwright and Alice Byrd prisoner in Winnebagos for later filming. Though wild pigs protect the property, the group hopes for backup muscle from Philadelphia mobster Don Scavone. Elsewhere in Polecat Hollow, high school sophomore Matt Henry has hired the security firm Have Weapons Will Travel for his father’s bank (see Twin River II), but Wesley Palladin confronts evil wherever he finds it and is more than willing to step in. Cicconi knows that the formidable Palladin—and his battle-ready friend, Vietnam veteran Gene Brooks—threatens his interests. Meanwhile, with Matt’s father supposedly on vacation, Palladin has moved into the Henrys’ guesthouse with Jane Romano, who’s hiding from her mobster husband, Caesar. To help Jane’s son Cody fit in, Matt tells him about the One Thousand Steps mountain trail that leads to the Virgin Heart lovers’ hideaway. There, couples can bless their future together. Yet for others, like the pregnant Becky, who’s stalked by the insane Abel Towers, the One Thousand Steps can mean doom. In the third outing to Twin River, Fields re-emphasizes the area’s signature eeriness with lines like, “Branches dropped low and pierced naked fingers through the mist.” Series motifs recur, including references to Catcher in the Rye and the traumas seen during the Vietnam War. Amid wandering plotlines, the author often inserts scenes of scantily clad girls rescued by vigilante gunfire, and fans of raw 1970s narratives (Deliverance and Straw Dogs) will find much to cheer. Occasionally, the prose offers humor (one gangster says, “I’ll kill you until it hurts”) and life lessons; Palladin tells Cody, “If everything’s given to you, you’ll be a spoiled teenager the rest of your life.” The finale brings brief closure while setting up the next installment.

Tends to meander but delivers flashes of violence that will satisfy action fans.

Catcher in the Rye

I was surrounded by phonies.

The Chicken Thief Soldier, A Death at Valley Forge

In 1778, the Chicken Thief Soldier is murdered by an officer in Valley Forge. Two hundred years later in 1978, two friends navigate their way through tragedy, romance, athletic trials, and extreme bullying in George Washington High School. When they encounter even greater hardships in Vietnam, they demonstrate the strength of youth and the value of friendship in a complex, dangerous, and ever-changing world.
ISBN: 978-1-4257-6278-0