Michael K. Smith trained as a mechanical engineer and began a successful auto parts business in the early 1980's. He sold his business in 2000 and retired. Since then, he fished, golfed, cooked, played bridge, became an oenophile, socialized, and even edited a local newspaper. Throughout his journey, telling stories always came easy to him. In 2013, he decided to share his stories with the world with his first book, Home Again, a Civil War novel. Scarred is his second novel.

“This lean Civil War sequel packs in more history and raw emotion than a 600-page epic. Smith knows the Civil War in his bones, and his novel will leave readers emotionally drained but grateful.”
– Kirkus Reviews 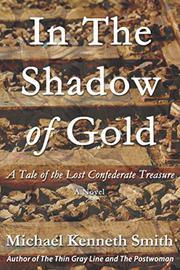 IN THE SHADOW OF GOLD

By 1865, Confederate Navy midshipman Yancey Arvindale is disillusioned by the war. His crew is tasked with guarding a loaded train traveling from Richmond, Virginia, to Abbeville, South Carolina, on barely functional tracks. The trip is part of the real-life historical record, but the train’s inventory and its dispersal have long been open to speculation. In this novel, Arvindale determines that the Confederate treasury belonged to no one: “If the South was beaten and the Confederacy ceased to exist, who owned it?” In breathtaking episodes, the sailor manages to offload containers filled with gold, bury them alongside the tracks, and return to the train. In another plotline, a young Black woman named Ellie has escaped the plantation where she was enslaved after she and members of her family suffered horrible abuses. While attempting to find safe passage North, she encounters friends and foes, and Smith reveals her boldness along the way. Ellie’s and Arvindale’s paths inevitably intersect. The third plotline occurs in present-day Michigan, where billionaire Jonas Arvin attempts to track the elusive source of his family’s fortune. Overall, the author’s comprehensive knowledge of the Civil War and its aftermath lends depth and texture to a high-stakes, well-paced adventure saga. Some portions of Ellie’s story comprise the book’s weakest moments, though. The author is extremely adept at telling a compelling story about a disenchanted, amoral Confederate soldier. He’s on much shakier ground when attempting to portray people of color in this setting, and some scenes lack verisimilitude. For example, Ellie, who’s been enslaved her whole life and has never witnessed a transaction involving money, realizes in her very first cash encounter that she’s being overcharged. After the overcharger uses a racist slur, Yancey asks Ellie how the term made her feel, and she blithely responds, “Aw, nothin’,” because, she says, everyone calls Black people that. Ellie also builds a successful business without any resources and kills multiple people without any repercussions. In addition, the novel’s ending feels contrived and somewhat problematic.

An unevenly executed tale of injustice, bravery, and morality. 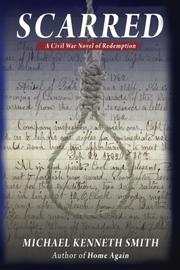 This lean Civil War sequel packs in more history and raw emotion than a 600-page epic.

Novelist Smith (Home Again, 2014) continues the story of Zach Harkin, a Union sharpshooter who was traumatized when he killed Confederate sharpshooter Jack Kavandish. This left Zach unfit for service; he was mustered out but resolved to find Jack’s widow and return his journal to her, along with her picture that Jack carried. An older Zach tells the story to Chris Martin, an enterprising young reporter from Joseph Pulitzer’s New York World who shows up in Zach’s Knoxville, Tennessee, gun shop in 1908. In the fall of 1863, Zach slipped away from home to pursue his quest, do or die. Confederate sorties (Tennessee was a border state) were one danger, but Union soldiers, who assume he’s a deserter, could be just as bad. After more than one close scrape, he wound up in Andersonville, the notorious Confederate prison in Georgia. We meet its notorious commandant, Henri Wirz, who was later hanged for war crimes. Zach-as-father-figure becomes a recurring motif: first, at Andersonville, he became the protector of young Beau Andrews, a bugle boy from Michigan; later, he became a real father to Kavandish’s son, Tom. With Wirz’s unwitting help, he did escape Andersonville. Then he was in the Deep South, which was more and more a lawless place, as he worked to find Jack’s farm; Gen. Sherman’s forces were coming through, and the “Home Guards,” as portrayed here, were little more than plunderers and rapists. Smith writes wonderfully and realistically, and one can hear the pacing and menace: “[Zach] could see the men’s eyes were wild, almost glazed over from drink. They sat heavy on their saddles, their heads not moving in unison with the horses’ movements. Zach braced for the worst.” Smith also knows as much about the guns of the era as a professional gunsmith and restorer. Readers will find themselves wincing and full of outrage at several turns of the plot; readers will hope—even assume—that the most sympathetic characters, whom they’ve come to love, will somehow manage to survive, but Smith often dashes such hope. One subplot, involving Martin standing up to the dictatorial Pulitzer, is either a bonus or a distraction, depending on the reader’s taste.

Smith knows the Civil War in his bones, and his novel will leave readers emotionally drained but grateful.

In June 1940, 24-year-old Belgian Andrée “Deedee” de Jongh is working as a nurse’s aide in a hospital in occupied Brussels. Her patients are British soldiers, injured near Dunkirk. After they’re healed, the soldiers are collected by the Nazis and shipped to work camps in Germany. One day, Deedee performs an act of defiance, pouring a foul-smelling solution onto the bandages of a nearly healthy patient, which leads the Germans inspecting the ward to overlook her young charge. She soon devises a plan to rescue more British soldiers, including downed airmen, and get them back to England so that they may fight again. The intricate path to freedom includes safe houses from Belgium to southern France, employing master forgers to create appropriate documents, and a particular man, Florentino Goikoetxea, who, together with Deedee, guides the soldiers across the forbidding Pyrenees by foot. The British government agrees to provide financial support, giving Deedee the code name “Postwoman.” By the time Deedee is captured by the Gestapo in January 1943, she and other members of the resistance movement have saved hundreds of lives. This novel’s historical elements are verifiable: the real Deedee was, in fact, formally recognized by King George VI of England for her deeds. But Smith’s imagination supplies many of the secondary characters as well as the hint of romance between Deedee and one of her fliers. The prose often lacks emotional flourish, but its consistent reportorial tone keeps the story on track and maintains its quick pace. Indeed, some passages are succinctly chilling; for example, here’s Smith’s description of Deedee seeing herself in the mirror for the first time after a two-year imprisonment in the Ravensbruck work camp: “she was looking at a dirty, gray-haired, shriveled old hag....She only saw a cadaver.”