Michael Riley
I am a retired university academic who lives in West London. I have written two crime thrillers each one based in London and set in that neglected era the late seventies to mid-eighties. My writing brings out both the dark side of this great city (Reading the Streets) and the political turmoil of that period (Stuffed-Shirt). Before becoming an academic I spent many years in the luxury hotel industry with an international American company and my second book, ‘Stuffed-Shirt’, is rooted in that experience.
I am an amateur jazz pianist but lucky for you, you will never hear me play, so I can confidently promise any reader that my writing is far better than my playing.

“Fervent and alluring; another champion in the Botley series.”
– Kirkus Reviews 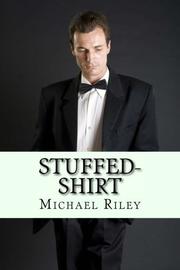 London coppers investigate multiple murders, all seemingly linked to a posh hotel in Mayfair, in this thriller.

Ex–DI Arthur Botley, night security officer at St. Clements Hotel, typically doesn’t handle problems in the laundry. But this time the chute’s blocked—by a man’s body. Police suspect the victim, dead from gunshots, was a guard because he’s wearing a holster (no gun) and the hotel has numerous VIPs, including a senator. Botley’s discovery of a torn gold watch leads him to speculate that a woman either is likewise dead or has run away, evidence and intuition he inexplicably keeps to himself. DS Ann Taylor, meanwhile, spots a female cadaver in her garden. She calls fellow coppers, but by the time she gets outside, the body’s gone. Ann rightly surmises that the two murders are connected, both originating from the hotel. But further examination reveals the man and woman were on a stakeout in their room and may be dead due to something they’ve witnessed. And it’s likely they were spies, both having been in the British army. Things only get more complex: hotel employee Russell Merrick’s dark past comes to light, while a known criminal, whom Botley had sought for information about the case, becomes another murder victim. Ann and Botley work together to get a killer (or killers) off the streets. Riley (Reading the Streets, 2015) packs the plot with twists, additional murders, and potential killers, complicating the story. It’s fortunately never convoluted, thanks to the author’s focus on the investigation: Ann meticulously peruses theories, such as a political conspiracy, and occasionally summarizes the ongoing case. Subplots, too, stay connected to the main plot. There’s a bit of romance between Merrick and copper Donna Strachen, for example, but his workplace/criminal past and her assisting pal Botley put them squarely in the middle of everything. Riley’s red herrings aren’t easy to write off, while the ending wraps up the dizzying narrative comprehensively—and entertainingly. It’s the prose, however, that’ll leave imprints in readers’ minds: “Hotels at night are strange planets where rare creatures, unfamiliar either with sunlight or moonlight, live undisturbed in luxuriant undergrowth.”

Fervent and alluring; another champion in the Botley series. 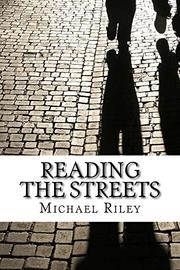 At Pine Street Police Station, it’s DI Arthur Botley who answers the call about a body. It doesn’t take long for Botley to identify the dead man, who may have inadvertently provoked a gang when burglarizing a house with someone else. Things get dicey when DS Donna Strachen from the Drug Squad shows up, looking for missing colleague DS Phillip Wood. Wood may be dead, or he could be the one Donna saw driving around with drug traffickers. But this is only the beginning of a series of nefarious happenings Botley encounters, from bogus coppers to blackmail, frame-ups, and more murder. Riley’s novel boasts a cast of characters that all seem guilty of something; even Botley collects money for thuggish Frank Petchey, a man he knew in the army but who still scares him. The story focuses less on who’s committing the murders than on the motives—especially true once the crimes seem to develop a political angle, starting with the murder of an Arab student with ties to a member of Parliament. Suspense comes in the form of Botley’s increasing distrust of seemingly everyone. His wariness is perfectly understandable as he links a number of people, gangsters and police alike, to murder or drugs, whether said person is directly responsible or a victim of a frame job. Even Botley’s personal story may have a connection to the main plot: grandson Jimmy, son of his estranged daughter, Christine, has not spoken a word in some time, shaken by what could be an event related to the murders. Riley drops some British slang that might throw off a few Yankees—e.g., firms (criminal organizations), tea leaf (thief), and Botley’s previous position in the Flying Squad (a Metropolitan Police unit that investigates armed robberies)—and though he avoids outrightly defining the terms, he provides plenty of context to minimize the head-scratching moments for readers. The ending is surprisingly modest, but it’s a simple conversation that’s both poignant and memorable.

A tense mystery that’s concerned more with why than how.

At night, grand hotels are strange planets where rare creatures, unfamiliar with either sunlight or moonlight, live undisturbed in luxuriant undergrowth. They are places to hide in plain sight where everybody is a former something and where no one would spot a terrorist in a well-cut dinner jacket. Everybody loves Mooney; charming and affable, every night he showers weapons-grade empathy on the foibles of the rich. The afterlife of a turned grass is thick carpet, Cuban cigars, fine wine and just the occasional killing for his new masters. One night he fleetingly sees a man he recognizes from his past. It could spoil everything.
Published: Sept. 4, 2015
ISBN: ISBN1517113938