Michele believes some of the stories in the Bible are often difficult to read and comprehend, so she hopes that re-imagining them in contemporary times with fiction that's fast-paced and entertaining will help today's readers enjoy and appreciate them, as well as better understand what God is trying to tell us. In addition to being an author, Michele is also an inspirational public speaker, book coach and college instructor of writing, publishing and marketing fiction. She has been on the faculty of several writers' conferences across the United States and loves helping other writers become accomplished authors. She dreams of her books being made into movies and one day attending the Academy Awards to receive an Oscar for her work.

A graduate of the University of Notre Dame, Michele and her husband have a blended family of five children and live in North East, Maryland.

“...an exploration of what a contemporary Job might look like, Chynoweth’s tale should more than satisfy.”
– Kirkus Reviews 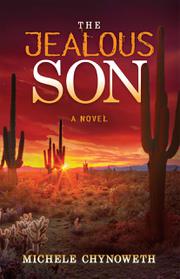 A family saga that draws on the biblical tale of Cain and Abel.

In this novel, Chynoweth (The Runaway Prophet, 2016, etc.) modernizes a story in the Book of Genesis, grounding it in the characters’ emotional connections. The story follows Eliza and Alex Trellis, a couple with some surface-level problems in their marriage and a much deeper secret: They were both banished from their Navajo reservation, due to misguided choices that they made in their teens. The story then follows their two children, Cameron and his younger brother, Austin, as they grow into adulthood. Cameron, from the start, feels that Austin has it easier than he does, and this feeling only increases in high school when Austin finds success as a solo musical artist after playing for just one night in Cameron’s rock band. Then Cameron starts having troubles in his love life, and Austin begins dating Megan McGee,a girl that Cameron briefly datedin high school. The elder brother’s consuming jealousy eventually leads to ruin. Along the way, the novel explores Eliza’s understanding of her sons’ conflict, and Alex’s gambling addiction, among other issues. After a climactic tragedy, the author shows readers how her characters find ways to carry on—re-establishing trust, in some cases, but painstakingly slowly. Overall, Chynoweth manages to make the story feel incredibly visceral. She shows a talent for taking small details from the original Bible story, such as Eve’s surprising pregnancy later in life, and turning them into valuable plot developments; along the way, her characters learn from one another. The key to the novel’s success is the author’s ability to provide deep insights into her characters’ tumultuous mental states. 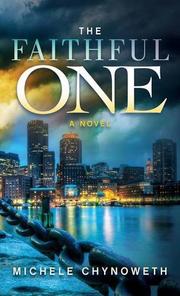 Chynoweth (The Runaway Prophet, 2016, etc.) retells the biblical story of Job in this contemporary novel.

Seth Jacobs has everything a man could want: a 40-room mansion on 200 acres, a national chain of celebrated waterfront restaurants, wealth, influence, a beautiful wife, and accomplished and loving children. During a delay on the Boston subway, Seth considers how lucky he is to lead the life he does. Unfortunately, that life comes crashing down the moment Seth gets back above ground. He walks into his Boston restaurant to discover that a severe case of food poisoning has broken out among his customers: “He looked into the chandeliered main dining room and saw a hundred or so well-dressed men and women in different states of sickness, their faces contorted in varying degrees of pain.” One of the afflicted is a U.S. senator, who ends up dying as a result. Later that same night, his sons are involved in a car accident that leaves one in a coma and the other charged with driving while intoxicated. One by one, the pillars of support and fortune in Seth’s life begin to topple: he loses his family, his business, and even his health. Like the protagonist in the Book of Job, Seth sees his life utterly destroyed. The only question that remains is whether his faith has been demolished as well. Chynoweth constructs—and then deconstructs —Seth’s life with an eye for detail and an inventive sense of how one tragedy can beget the next. While Seth’s existence is depicted as almost cartoonishly lavish at the beginning (and the protagonist portrayed as cloyingly virtuous), once his trials begin the reader cannot help but feel sympathy for him. The book is a fairly faithful expansion of the familiar story of Job, and so things unfold in a more or less predictable fashion. Those looking for twists and turns may become a bit bored with the archetypical plot, but for readers content with an exploration of what a contemporary Job might look like, Chynoweth’s tale should more than satisfy.

A well-constructed, if rather straightforward, modern adaptation of the Book of Job.

The Faithful One Book Trailer

"Pay no attention to that man behind the curtain." (from "The Wizard of Oz")

I love watching movies and hope my books are made into great films one day.

THE FAITHFUL ONE: A NOVEL: Top Shelf Magazine Indie Award, 2018

THE FAITHFUL ONE: A NOVEL: Readers Favorite International Book Awards, 2014

The "Peace Maker" is the contemporary retelling of the story of David and Abigail in the Bible’s First Book of Samuel. The characters come to life in the setting of a current US Presidential election---Leif Mitchell is selected from his humble life as a horse rancher and country rock singer to become Governor of Kentucky and then run as the Republican candidate against powerful and narcissistic US Democratic Senator Darren Richards of New York, a behind-the-scenes abusive alcoholic. A powerful Darren will stop at nothing to bring Leif down, causing Leif to reconsider his high road approach to politics. When the campaigns get ugly and dangerous, First Lady hopeful Chessa Richards is faced with a tough decision. Should she try to preserve peace at all costs, protecting many who might become collateral damage as a result of the ensuing battle, and in turn possibly sacrifice her future and risk her own life? Should she try to stop Leif from stooping to her husband’s level, which may ruin his candidacy but save his soul? This gripping novel full of suspense and romance will encourage you in times of decision and doubt to rely on God’s guidance and to have courage to do the right thing no matter what the cost.
Published: Sept. 27, 2016
ISBN: 978-1683500933

Rory Justice leads a relatively normal life as a conservative, divorced, middle-aged ad agency account executive. He doesn’t like to rock the boat, but that’s just what happens when his retired FBI agent father, on his deathbed, asks Rory to hand-deliver a sealed letter to the Las Vegas sheriff’s department. The letter details plans by a new Islamic State mafia running the casinos to destroy the city with an underground nuclear bomb. Instead of delivering the letter warning Vegas of its impending doom, Rory tries to run. He mails the letter and jumps onto a cruise ship, only to find himself entangled in a series of horrific misfortunes. Rory is eventually brought back to Vegas, where he ends up helping FBI and police investigators who have forty days to uproot the mafia and the bomb they’ve planted before it destroys Sin City. In the process, he finds himself confronting the very low-lifes he abhors?prostitutes, gamblers, drug addicts and thugs?and falls in love with police lieutenant Susan McAfree, a tough yet vulnerable officer on his team. But can this new-found love outweigh the hate he feels for the sinners she lives among and works to save? Full of intrigue, suspense, and a little romance, The Runaway Prophet delivers the message that you can try to run from God’s call, but you can’t hide and that sometimes, by rescuing other people, God rescues you in the process. “Those who cling to worthless idols forfeit the grace that could be theirs…Salvation comes from the Lord.” - Jonah 2:8-9 (NIV)
Published: July 5, 2016
ISBN: 978-1630478070