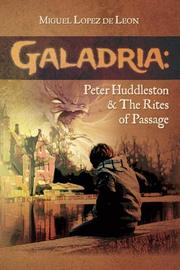 In this YA fantasy debut, a lonely boy discovers that his fate is tied to a hidden realm.

Peter Huddleston, 12, spends his time alone, reading comics and mystery novels, eating candy and throwing his boomerang. He has taken the death of his mother, Patricia, quite hard and doesn’t enjoy other kids’ company. His father has since remarried, and his stepmother’s penchants for bland food and the color beige only depress him more. Now that school has ended, Peter has been roaming his small world, and the neighbors see him and his boomerang as a menace. When his father tells him that he must spend the summer at his maternal aunt Gillian’s home, Hillside Manor, he thinks the worst. The lavish property, however, shocks Peter from his doldrums; it has an animal preserve, a museum, a library—and leads to Galadria, the Golden Realm. Gillian explains to the boy that she—along with Peter’s mother, when she was still alive—rules this magical world as the leader of the House of Willowbrook. More astoundingly, Peter is next in line to rule! But the slimy Knor, of the House of Shadowray, says that Peter isn’t fit for the throne. Can he complete the four Rites of Passage and ensure Willowbrook’s reign? Debut novelist de Leon begins his trilogy right, transporting readers with animated prose and colorful ideas. He captures the adolescent mind perfectly, as when Peter envisions life with his aunt, where he “would probably have to floss years of dried, chewed up prunes from her crusty dentures.” During the dangerous Rites of Passage, Peter is aided by enchanted Creamers, which, when eaten, imbue him with magical abilities (a far cry from the horrendous amount of junk food he eats in the story’s first half). A spark of maturity resonates when Gillian tells her nephew, “I ask you to agree to a life of great privilege and great responsibility.” Overall, this adventure does everything the first portion of a trilogy should—except reveal Galadria. de Leon mischievously pushes readers toward Part 2.

A resounding success that will have audiences begging for more. 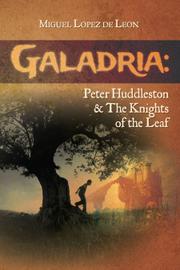 The final chapter in a YA fantasy trilogy about a boy who learns that he’s the prince of a magical, parallel world.

When readers left the titular hero in Peter Huddleston & the Mists of the Three Lakes (2014), he and his aunt, Queen Gillian Willowbrook, were ambushed during a parade celebrating his arrival in Galadria. The vile Knor Shadowray, his troops, and an army of flying harpies planned to slaughter the House of Willowbrook and take the Golden Realm by force. Peter escapes with the help of members of the House of Crimson and hides in an underground chamber. He’s shocked to find his mother, Patricia, there; he’d been told that she’d died in a car accident. After she explains her tragic back story, she leads him through Galadria’s labyrinthine sewers to the Great Palace, where Queen Gillian and her entourage are under siege by Shadowray forces. There, the queen decides to send Peter and her father, Henry, to recruit the Knights of the Leaf to aid them. The ancient order guards the primordial Forests of Fernell, where even the most inviting sights and smells can be deadly. If Peter and Henry survive the forest and find the knights, will the group be willing to help? For this finale, author de Leon sends his imagination into overdrive, delivering gorgeously elaborate characters and locations to readers who’ve been waiting to see what lurks in Galadria. Alongside the Knights of the Leaf, for example, are the Twigglia, pixies capable of deadly hypnotism; the Priestesses of Sertania, who abide with snakes; and wraiths that live in the corpse of a frozen dragon. Describing the latter, de Leon writes, “Each of the entities looked like a massless veil of deep shadow, but with a center full of silently erupting electricity.” The author strives a bit too hard for epic drama at times, bowing to a sci-fi/fantasy trope that darkens what is mostly a colorful trilogy. The final battle against the Shadowrays, although brutally violent, is genuinely cathartic.

A grand finish to a YA trilogy that never fails to challenge audience expectations. 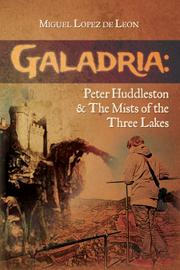 The sequel to Peter Huddleston & the Rites of Passage (2014) finds its hero learning behaviors suitable for a prince, including staying alive.

Last summer, Peter’s father took him from their drab life and brought him to aunt Gillian Willowbrook’s Hillside Manor. At the incredible estate, the teen discovered that Gillian was a queen (as was his mother) and that he was heir to the throne of Galadria, a parallel realm full of golden wonders. Now, with a year of middle school on Earth behind him, Peter has returned to Hillside Manor. He’s already accomplished the tricky Rites of Passage, proving himself worthy of the Galadrian people; he must now prepare for the deluge of attention, as prince, he’ll receive from the Golden Realm’s average citizens and media. Peter meets his aunt’s trio of personal assistants, the Mists; the three women wear exotic veils that disguise them, and Peter is told they each govern a lakeside town in Galadria. Yet he senses that the Mists are central to a deeper mystery. He’s also aware that Knor Shadowray, rival to the throne, is still at large after trying to assassinate him last year. This second volume of author de Leon’s trilogy is a daringly different animal from its predecessor. Though it starts in the same wacky vein as Rites of Passage, the narrative begins simmering with adult themes that may require patience from younger readers. Peter spends many chapters practicing his princely etiquette in speech and attitude, and his primary conflict for two-thirds of the book is how the media views him; the threat of Knor remains far in the background. At its most adult, the story presents the oracle Alenia, who has impressive advice for Peter: “Do not keep pushing yourself….Give yourself the luxury of time. You will make mistakes….But what you need to do, for yourself, is learn to balance the challenges set before you.” The finale here is an astonishing boiling-over of events—and a third book awaits!

Mature YA fantasy full of wondrous themes and characters.