Mike Brogan worked in the increasingly competitive world of international business. As a Creative Director in a major ad agency he handed General Motors and other blue chip multi-national advertising in London and on the European continent. His television commercials won accolades in Europe and at the prestigious Cannes Festival. But all this time Brogan was writing what he really loved: suspense thrillers.

His first thriller, Business to Kill For, won a Writer's Digest award. WD called it, " ... the equal of any thriller read in recent years."
But Europe also taught him about terrorism. Like the bomb that exploded sixty feet from his family in London. That experience also led to his award-winning suspense thriller, Dead Air. It then led to his international thriller — G8 — in which the world’s the eight most powerful leaders in the world walk into an assassin’s trap. In Kentucky Woman when a college girl searches for her birth parents, she’s forced to run for her life… And in his latest thriller, B R E A T H E, Doctor Nell Northam is abducted to help launch a sophisticated weapon. But when she tries to stop the attack, she realizes she’s been deceived … and thousands of innocent Americans are about to die. 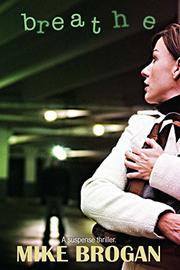 In Brogan’s (Kentucky Woman, 2016, etc.) thriller, U.S. agencies are on the trail of a kidnapped scientist, a potential indication that someone wants to use her skills to develop a weapon.

When men grab scientist Nell Northam from a Manhattan street and force her into a van, Director of National Intelligence Michael Madigan puts Donovan Rourke on the case. Donovan, the CIA’s special adviser on terrorism, doesn’t generally handle abductions, but this one’s at the request of the president—Nell’s first cousin. There’s also the possibility that her kidnappers are after her expertise in biological and chemical weaponry. Indeed, the men and their leader, Hasham, holding Nell want her to combine a fatal substance she recognizes with another she doesn’t. They coerce her cooperation by threatening both her husband, Jacob, and daughter, Mia. As Donovan, with assistance from the FBI and the National Security Agency, races to find the missing scientist, Nell tries to determine Hasham’s method of administering the weapon to the American public. If she can escape, she may somehow warn authorities and prevent a strike that will conceivably kill thousands. But just when Donovan believes he can stop the terrorists, their plan takes an unexpected turn. Brogan generates an impressive amount of suspense by simplifying his narrative. Much of it, for example, portrays the rigorous search for Nell as well as her perspective in captivity. Similarly, short chapters accommodate brisk scenes, and even comic asides don’t decelerate the story. The same holds true for dialogue. The mystery (what is the delivery system for the chemical weapon?) adds to the enjoyment as does an action-laden finale.

Bare-bones in the best way; a thoroughly tense and rousing tale. 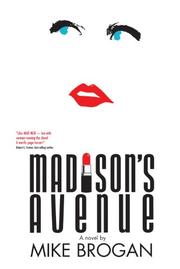 The suspicious death of an advertising-industry mogul envelops his daughter in a web of murder, corporate espionage and foul play.

Brogan’s slickly written novel begins with a bang as recently promoted Boston advertising executive Madison McKean learns that her father, Mark, a powerhouse CEO in the same vocation, has been anonymously accused of embezzlement and is being forced to resign. Dutifully, she races to Manhattan only to be handed her father’s suicide note by police detectives scouring his tony Upper West Side apartment. An empty rowboat adrift in the East River is found covered in Mark’s fingerprints, but there’s no sign of a body, so the investigation settles as Madison inherits and assumes controlling interest in Turner Advertising, her father’s globally renowned advertising firm. Turner’s board of directors turns out to be â€œsnake pit” consisting of several of her father’s jealous, resentful colleagues hoping to catapult up the corporate ladder in his wake–at Madison’s expense. Claws come out as she sleuths her way through an unruly cabal of shifty characters, including Leland Merryweather, a ruthlessly scheming executive, and ever-present contract killer Harry Burkett, who takes orders from a number of cutthroat corporate types and is always one short step behind Madison. As Brogan’s busy narrative expands to include adventures in the Caribbean and the French Riviera, the complications also multiply, and Madison discovers a legion of naysayers on her tail, including those desperately in favor of a merger with rival company ComGlobe. Whether by street smarts or happenstance, Madison narrowly escapes death at every turn, and as the body count increases, she gains investigative support and romantic interest from Kevin Jordan, a down-to-earth creative director at Turner. Short, clipped chapters and a slick, satisfying plot make this a true treat.

BUSINESS TO KILL FOR

Business is war. And Luke Tanner is about to be its latest casualty. He overhears men conspiring to gain control of a 1Billion dollar piece of business ... by murdering the two CEOs who control it. Lawrence Kasdan, director The Big Chill and writer, Empire Strikes Back, says,"...Business grabs you and won't let go..."
ISBN: 0-615-11570-5

Dr. Hallie Mara, a young MD, and Reed Kincaid, her friend, watch in horror as Reed's brother collapses and dies, whispering that he has been poisoned and that "many will die Friday..." A riveting, suspenseful novel. Midwest Book Review said, "one can't turn the pages fast enough ... impossible to put down."