Mike Murphey is a native of eastern New Mexico and spent almost thirty years as an award-winning newspaper journalist in the Southwest and Pacific Northwest. Following his retirement from the newspaper business, he and his wife Nancy entered in a seventeen-year partnership with the late Dave Henderson, all-star centerfielder for the Oakland Athletics, Boston Red Sox and Seattle Mariners. Their company produced the A’s and Mariners adult baseball Fantasy Camps. They also have a partnership with the Roy Hobbs adult baseball organization in Fort Myers, Florida. Mike loves fiction, cats, baseball and sailing. He splits his time between Spokane, Washington, and Phoenix, Arizona, where he enjoys life as a writer and old-man baseball player. 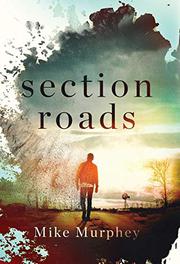 A 43-year-old murder casts a long shadow over a high school reunion that brings together three friends haunted by the past.

Not much changes in the New Mexico town of Arthur unless it absolutely has to, as a character observes in this debut novel that impresses with its strong sense of place. The stage for this decades-spanning saga is compellingly set when Hezekiah Boyd’s high school reunion committee tracks down the computer software maven. He insists there has been a mistake: The man, formerly known as Buddy, left town and never returned after a prank went wrong and he killed a classmate named Christy Hammond in 1966. He would not be a welcome guest. But the heart of the story shifts to Cullen Molloy and his first love, Shelby Blaine, Buddy’s classmates, friends, and fellow outcasts. Cullen and Shelby were a passionate teenage couple back in the day, and there is still an inextricable bond between them that is not unnoticed by Cullen’s current lover, a retired cop. Murphey keeps the story hopping between events in the ’60s, the aftermath in the ’70s, and the reunion in 2009, when a murder sheds light on the 1966 killing. Cullen, a divorced former lawyer who went to work for Buddy, is called on to defend the man from new suspicions and confront his own long-simmering relationship with Shelby. The author, a New Mexico native and award-winning journalist, knows the lay of the land; not just the geography, but also high school football culture, passionate fumblings in cars, and secrets to be taken to the grave. The book is densely populated with vividly drawn characters. One, Weard Ward, a former genius fried by his years with the CIA, serves as a sort of comic relief, but he is the weakest player. The antagonists, including Christy’s uncle and a former high school nemesis, spout clichéd dialogue (“You’ve got some…nerve showing your face here”). But the relationship between the three friends rings true and deftly holds the sprawling narrative together.

The ConMan (Based on a true story) Since he was seven years old, Conor Nash’s life held a single purpose—to pitch in the Major Leagues. Over a sixteen-year professional baseball career, he persevered through failure, disappointment, petty vendettas, betrayal and a crippling psychological malady called the yips. At last, after earning a precious nine months in the Majors when he is a decade too old, he finally confronts an obstacle he cannot overcome. His wife Kate has been Conor’s rock of faith and support over every step of this journey, but as he claws his way through three failed shoulder reconstructions, he becomes a distant, brooding stranger. He avoided the trap of alcohol and drugs to which many teammates succumbed because baseball was his addiction. And Kate doesn’t understand how it feels when an addict realizes he’ll never be that high again. At the lowest run on the minor league ladder, Conor and three other players purchased a bottle of champagne in an Idaho Falls liquor store and formed a last-man-standing pact. The final player to be excommunicated from baseball would get to drink the champagne. Against all odds, three of the four make it to the Majors. Conor outlasts them all. The bottle in his refrigerator, though, becomes a Grim Reaper. To finally drink the champagne is an admission the only life he has ever known is over. Kate challenges Conor’s selfish depression. She tells him he can finally be a husband and father. She reveals that, over all the years of frustration and disappointment, she’d never forced Conor to choose between family and baseball, “because I was never quite sure you’d choose us.” Conor is shocked. Not once had he doubted Kate. It hadn’t occurred that she might have doubted him. Conor takes his champagne and on a late October afternoon of 1992, climbs Camelback Mountain in Phoenix where he will drink, watch the sun set, remember all the people and events that, for better or worse, forged the crooked path of his career, and confront the question: who is Conor Nash if he can’t pitch? As the night grows longer and the champagne bottle emptier, Conor meets both an angel and a ghost who help find his answers. He stumbles down the mountain, back to his family and the life that lies ahead.