Nancy Smith is a author of two novels: The Slow Kill and Tainted Harvest, as well as numerous award-winning screenplays and short stories. She also works as a filmmaker, script supervisor and script analyst. She lives in Austin, Texas.

“A deft work of historical fiction with a timely message about the perils of marginalizing and demonizing the "Other.”
– Kirkus Reviews 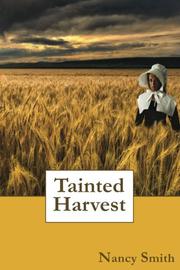 Novelist Smith (The Slow Kill, 2014) gives voice to a pivotal figure in an infamous period of American history.

Many people have studied the Salem Witch Trials at length, but the background and motivations of Tituba, a local slave woman, remain a mystery, and Smith seeks to fill in the gaps in her story. In this narrative, slavers kidnap Tituba from her South American village as a young girl, transport her to Barbados, and sell her into bondage. Later, she’s sold to Mr. Parris of Boston, and Tituba and her new husband, John, find things far less comfortable in America. Parris is a harsh, closed-minded man who eventually becomes minister of Salem Village. Tituba interacts with the villagers, attends church, provides food and service, and gives birth to a daughter. Yet her family lives on the periphery and remains firmly categorized as “Other.” When an unknown sickness manifests in several young Salem women, and people start leveling allegations of witchcraft, Tituba’s exotic customs and stories are immediately suspect. She finds herself at the center of a brewing storm of hysteria, imprisoned for months, and ultimately confesses to witchcraft to save her family. Smith paints a sympathetic picture of Tituba, portraying her as being as much of a victim as the other accused women and deftly weaving her fictionalized account together with the few known historical facts. She impeccably portrays Tituba’s relationships with her family, the supposedly bewitched girls, and the other victims who share Tituba’s prison cell. The book gives agency to a historical figure who’s customarily overlooked, and its theory about the cause of the supposed bewitchment is convincing: Tituba believes that tainted rye may be triggering the hallucinations and seizures. Yet if Tituba had dared give voice to her thoughts, it’s unlikely that anyone would have believed her. As a result, the novel implicitly offers up a remarkable question: if not for Salemites’ deep-rooted distrust of unfamiliar people and ideas, could the witch trials have been avoided altogether?

A deft work of historical fiction with a timely message about the perils of marginalizing and demonizing the “Other.” 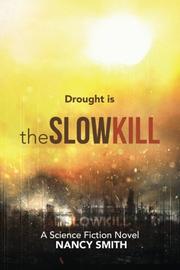 Smith’s dystopian debut conjures a scorched future in which salvation lies under a dome—or does it?

It’s 2025, and water is scarce. This is a natural state of affairs for Austin, Texas, but things have progressed past normal; a drought has sunk its claws into the city, even as other parts of the country drown under flooding rains. Dr. Frank Harvey, a botanist, has an idea that might get things back on track: a pipeline that would bring water from the flooded areas to the parched deserts of the state. The residents would then have their own lake, orchards and hydroponic farms. Frank’s boss and source of funding, Pierce Wagner, suggests enclosing the area in a glass dome so the crops will be safe from the elements. However, once implemented, the plan leads to a split between haves and have-nots, particularly when Wagner decides to lock the dome and cut off access to outsiders. Frank desperately tries to convince his ex-wife Etta to move into the dome with him and bring their 6-year-old son, Alex, but Etta can’t forgive herself for things that happened before their split and decides to stay outside. Ten years later, Alex is angry at his father for abandoning them, and although he steals food continuously, Etta is slowly starving to death outside the dome. When the computer network that dominates both communities is hacked, tensions come to a boil and revolution seems imminent. Smith deftly reveals Frank’s sense of disconnection, exacerbated by the privileged lives that people live in the dome. As the story intercuts between Frank’s and Alex’s personal turmoils, there’s plenty of timely social commentary, but it avoids ever feeling preachy. That said, the novel feels oddly glib at times; it’s a slim book, and Smith races through the plot so quickly that few events leave memorable impressions. Ultimately, though, the book ably fulfills the purpose of the environmental science-fiction genre: to warn present society about what could happen if it doesn’t take responsibility for its future.

A solemn look at the disasters that humans visit upon themselves.